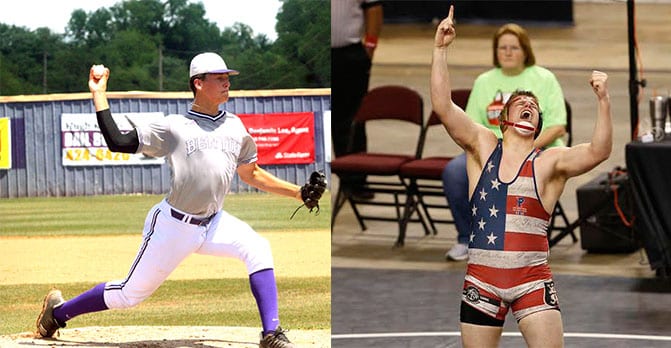 It was another stellar sports year for Bossier Parish schools.
By my count, parish schools rolled up an impressive 18 district championships.
Parkway won the parish’s only state championship, taking the Division II wrestling title.
But Bossier and Benton came close, finishing as Class 4A runners-up in boys and girls basketball, respectively. Both teams won more than 30 games and had chances to win late in their respective title games.
So which parish school ruled in 2018-19? As usual, there’s no clear-cut answer.
Let’s just say, though, that the remaining schools in District 1-4A are probably aren’t that sad to see Benton move up to District 1-5A.
Benton won seven district championships and finished runner-up in four other sports.
Benton’s titles came in baseball, girls basketball, boys cross country, golf, boys and girls track and field and boys bowling.
The runner-up finishes were in football, boys soccer, softball and girls cross country.
In addition to the state runner-up finish in girls basketball, Benton reached the semifinals in baseball and finished third in Division II golf. The boys soccer team made it to the quarterfinals.
Parkway gets big points for its wrestling state title. The Panthers also won the regional championship.
Parkway claimed two District 1-5A titles — baseball and girls cross country. The South Bossier school also shared the District 1-II girls soccer title and won the Northwest Louisiana district’s girls bowling championship.
Parkway finished runner-up in boys cross country and girls track and field. The tennis team tied for third in Division I.
The baseball Panthers reached the semifinals and won 31 games.
Airline had a solid year, taking four district titles — volleyball, softball, boys cross country and boys track and field. The boys bowling team was 10-1, finishing second in District 1 in a tiebreaker.
The volleyball team became the first Bossier Parish school to host and win a playoff game.
Airline reached the semifinals in softball, losing to Barbe 7-6.
Haughton won District 1-5A titles in volleyball and boys bowling. The softball team finished second. The football team tied for second with Byrd. The girls basketball team was third.
Bossier won the District 1-4A basketball title and finished second in Division 1-III in boys soccer.
Plain Dealing didn’t win a district title, but the boys basketball team fared well in a tough District 1-1A under first-year coach Trevor Bernard. The Lions lost in the second round of the Class 1A playoffs to eventual semifinalist Jonesboro-Hodge.
So which school ruled?
It’s hard to go against Benton. Seven district titles and four runners-up speaks for itself.
It will be very interesting to see what happens this school year with Benton moving up to 1-5A. But I suspect the Tigers will have success in multiple sports.
There are, of course, no guarantees, but winning becomes a habit.
The great news is that every school enjoyed some success this past year.
Parkway’s wrestling state championship was undoubtedly the most impressive feat. It’s extremely difficult to win a state championship in any sport.
In just a few months, it will all start over again when the football, cross country and volleyball seasons get going.