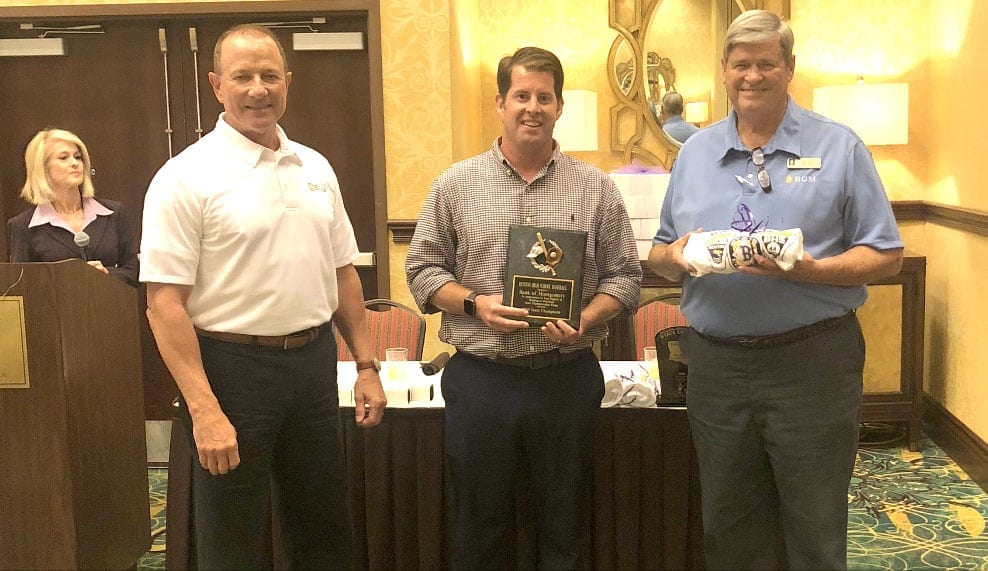 J.D. Stephens has decided to step down after nine years as the head baseball coach at Benton to spend more time with his family.

Stephens said that about halfway through the district portion of season he realized he was missing out on some things.

“It’s bittersweet,” he said. “I obviously enjoy the grind, the players and everything. I’ve got two daughters. They obviously do things that overlap my baseball season. For the first time that I’ve had them I actually missed a lot of things.

“My wife and I sat down and it got to the point I didn’t want to chase my own legacy and kind of wanted to make sure I didn’t do it at the expense of my daughters. Not that they asked me to step down. They’ve always given me their blessing. I just got to the point I wanted to make sure that I no longer asked that question of them. I told them it’s my decision, not theirs.”

The Stephens have two daughters, Emily, a seventh-grader, and Ella, a third-grader. Emily plays basketball and runs track for Benton Middle School, and Ella is starting to get into spring sports.

Like any parent, Stephens wants to be able to be there to watch and support them regardless of what activities they’re involved in.

Stephens led Benton to eight straight district championships and the school’s first state baseball championship in 2018 when the Tigers won the Class 4A title.

Benton nor any other team got a chance to win a district title in 2020 because of the COVID-19 pandemic. The Tigers were off to an 11-4 start after moving up to Class 5A when the season was suspended just before the start of district play.

Benton won the District 1-5A championship this season with a 13-1 record. Byrd finished second, three games back.

Benton finished 27-7 after losing to Dutchtown in their best-of-3 second-round series.

Stephens took over from interim head coach Brian France, who remained an assistant, in 2013.

The Tigers won outright or shared the District 1-4A championship for seven straight seasons. After advancing to the quarterfinals of the playoffs five straight years, the Tigers won the 2018 Class 4A state championship in 2018, defeating DeRidder 13-2 in the title game in Sulphur.

Stephens said all the credit for any success he’s had goes “100 percent” to the players. He has stayed in touch with many of his former players. And it wasn’t unusual for former players to come back and hang out in or near the dugout during games.

“The players, honestly they deserve the credit,” he said “To win you’ve got to have guys that can play the game and have a good blue-collar work ethic and coaches that buy in and players that buy in.”

“I think that’s one of the biggest things I’ll take out of my time at Benton, what I’m thankful for the most, the players and the coaches bought in from Day 1. That’s a direct reflection of them, not me. I do give the players credit. 2018 happened because that’s one of the toughest teams I’ve ever coached. They fought for what they wanted. Not that every team hasn’t tried.

“it’s harder to do what we’ve done over the years than what people think. I know it’s seemed like an easy run. We’ve been fortunate to make it year in and year out. At the end of the day there’s a ton of work that goes in for the players and coaches. I’m actually grateful for what they’ve been able to endure, the heartache. To make these runs you have to go and face potential pain. To be able to face that pain year in and year out and keep coming back for more just tells you what kind of kids are coming to Benton.”

Stephens also credits France and Bryan George, who have been his assistants since he arrived, for the Tigers’ success. Another assistant, B.J. Ryan, also played a big role.

He is also thankful for the support he’s received from the Benton administration, particularly principal Teri Howe.

“Mrs. Howe let me do it on my own terms and still be a part of the Benton family,” said Stephens, who will remain a teacher at the school.

Stephens isn’t worried about the future of Benton baseball.

“Benton was great before I got there,” he said. “Benton’s going to be great long after I’m gone. The next person that comes in is good to do a great job. It’s a great group of guys. I’ll be one of the biggest fans for them and hope they keep making runs year in and year out.

“The coaches are going to be in great shape with these kids.”