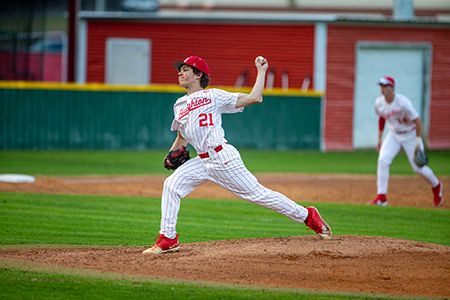 The Airline Vikings and Benton Tigers won games in the Monroe-area Trey Altick Memorial Tournament Friday, and the Haughton Bucs continued their strong start with a victory.

Haughton routed Loyola 11-1 in the second of a three-game series at Haughton.

Elsewhere, Parkway fell to Zachary 6-3 in the Sulphur tournament.

Sophomore Carter White got the win for Airline (2-2).

Harrison Waxley went 3-for-4 with two RBI. He had the game-winning hit in the seventh.

At Haughton, sophomore Gary Rondeau struck out 13 in the five-inning game. He allowed just two hits and walked three.

Roman Tolbert and Austin Anderson had two RBI each.

Haughton improved to 6-1. The series concludes Saturday at 1 p.m. at Loyola.

Shawn Driggers went 2-for-3 with a triple for Parkway (2-4). Zach Schoenborn had two RBI.

Plain Dealing picked up its first win Thursday, defeating Arcadia 12-2 at Arcadia. The Lions lost to Delhi Charter 20-0 in the Downsville tournament Friday.