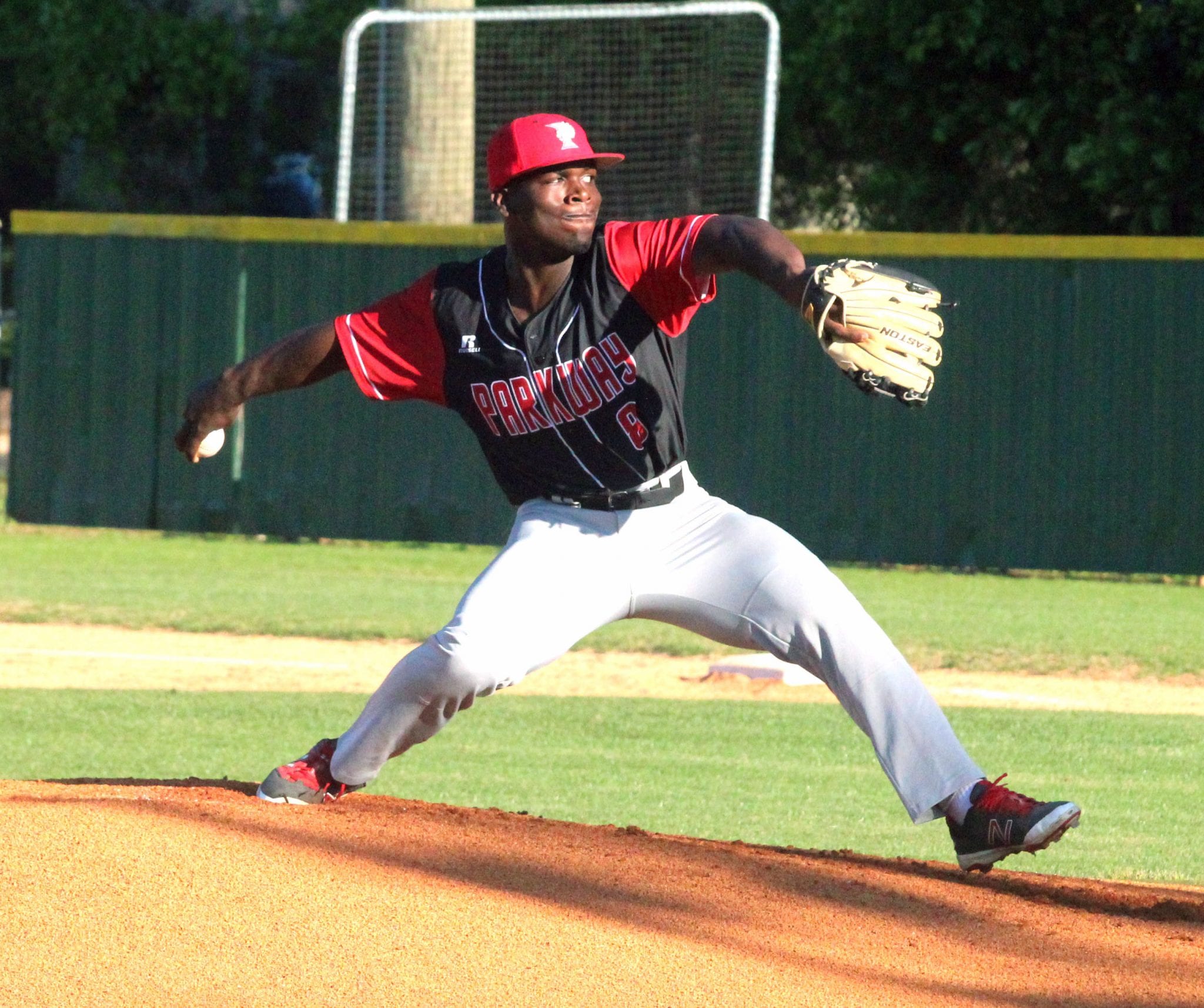 The Airline Vikings completed a District 1-5A sweep of the Byrd Yellow Jackets with a 4-2 victory Thursday at Byrd’s field at LSUS.

In another District 1-5A game, the Parkway Panthers defeated the Haughton Buccaneers 12-0 at Haughton, earning a split of the district series.

In District 1-4A, the Benton Tigers remained undefeated in district play with a dramatic 4-3, eight-inning victory over North DeSoto at Benton.

In another District 1-4A game, the Bossier Bearkats rolled past Huntington 20-8 at Huntington.

At LSUS, fans were treated to outstanding pitching performances by future Louisiana Tech teammates Cameron Parikh of Airline and Jonathan Fincher of Byrd.

The Vikings broke a scoreless tie with three runs on a two-out error in the top the third.

Cole Broadway and Parikh had back-to-back one-out singles. Broadway and Harrison Tauzin, running for Parikh, each advanced a base on a wild pitch. Jonathan Brandon walked to load the bases with two outs.

Josh James then hit a line drive to center field and reached on an error. Broadway, Tauzin and Brandon all scored.

The Vikings added another run in the top of the sixth.

The Yellow Jackets cut the lead in half with two runs in the bottom of the inning. Byrd loaded the bases with two outs on a double, walk and single and then scored both runs on an error.

The Yellow Jackets had runners at first and second in the bottom of the seventh, but reliever Jake Mayfield got two flyouts to end the game.

The final one went to left fielder Ryan Lawhorne, who had an outstanding defensive game according to a report in The (Shreveport) Times.

At Benton, the Tigers led 3-1 after the first inning. North DeSoto scored single runs in the third and fifth to tie it.

Benton left the bases loaded in the bottom of the seventh and the game went into extra innings.

After a North DeSoto batter was hit by a pitch, the Tigers quickly got out of the top of the eighth with a fielder’s choice followed by a double play. Cameron Ross, who relieved Colby Sharp to start the eighth, needed just six pitches.

Connor Jack Smith walked to start the bottom of the inning. Cody Norris reached on a bunt and Cole Horton walked to load the bases with no one out. Garrett Hable’s sacrifice fly to right field ended the game.

Benton scored all three runs in the first with two outs.

Smith led off with a walk. After a groundout and strikeout, Hable walked and Peyton Long was hit by a pitch to load the bases.

At Haughton, Parkway broke open a 1-0 game with eight runs in the sixth then added three more in the seventh. Per Parkway stats, Eric Williams pitched a two-hitter with seven strikeouts.

Williams led off Parkway’s big eighth inning with his home run. Bryan Day, Brown and Bradford had singles. The Panthers scored seven runs with two outs. Parkway also took advantage of three walks, a hit batter and an error in the inning.

Haughton’s Cade Thompson had a double. The Bucs made contact, but they had nine flyouts and four groundouts.

At Huntington, Chase Bounds went 3-for-5 with two RBI in Bossier’s victory. Durrell May and Kevin Bonapart had two hits each. Devin Snipes had two RBI. Rangel Miller picked up the win.