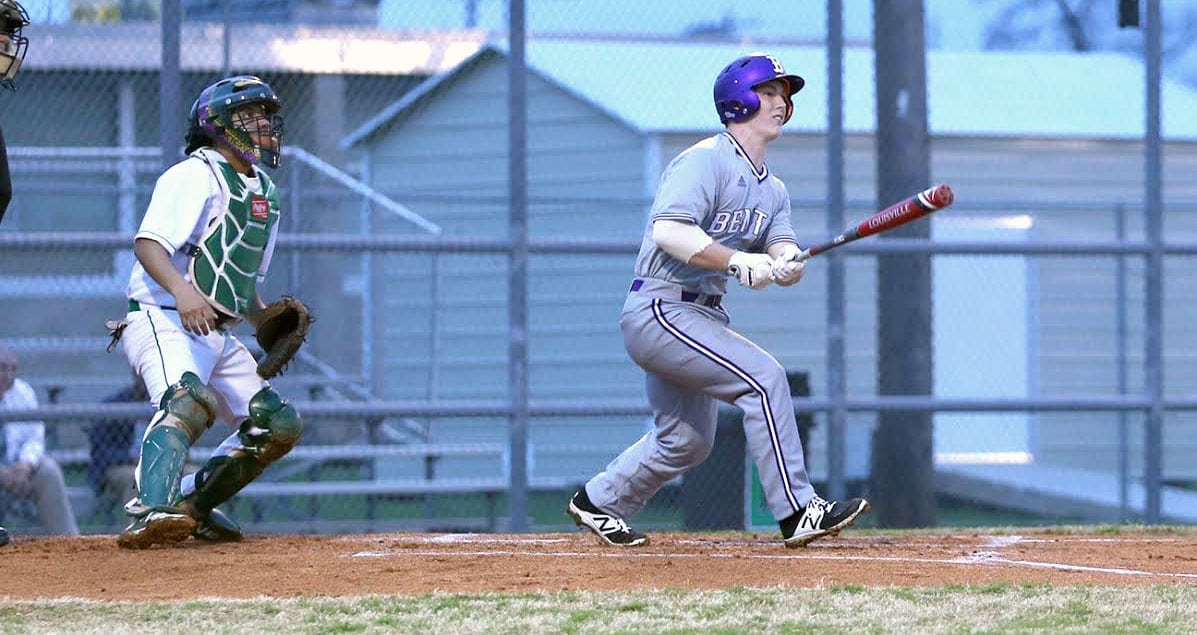 The Benton Tigers defeated the Bossier Bearkats 16-1 in a season and District 1-4A opener Tuesday at Bossier’s field at Rusheon Middle School.

Benton heads into the season looking for its sixth straight District 1-4A championship.

Cole Horton, the District 1-4A co-MVP last season, had two hits, including a home run, and three RBI.

Cameron Ross went 2-for-2 with two RBI. Lasiter went 2-for-3 with a double.

Turner Toms had a double and two RBI. J.T. Brice drove in two runs. Cody Norris also had a double.

Coleman Beeson took the loss for Bossier, which trailed 4-1 after two innings. Benton put the game away with nine runs in the third.

The Nathan George Memorial Tournament hosted by Parkway is scheduled to start Thursday and run through Saturday, but rain could play havoc with the schedule. According to weather.com as of early Wednesday afternoon, there is a 90 percent chance of rain Thursday, 60 percent Friday and 100 percent Saturday.

Here is the schedule.

Thursday
At Parkway
Benton vs. Parkway, 6

Saturday
At Benton
Many vs. Benton, 1

At Evangel
Spring Hill vs. Evangel, 1