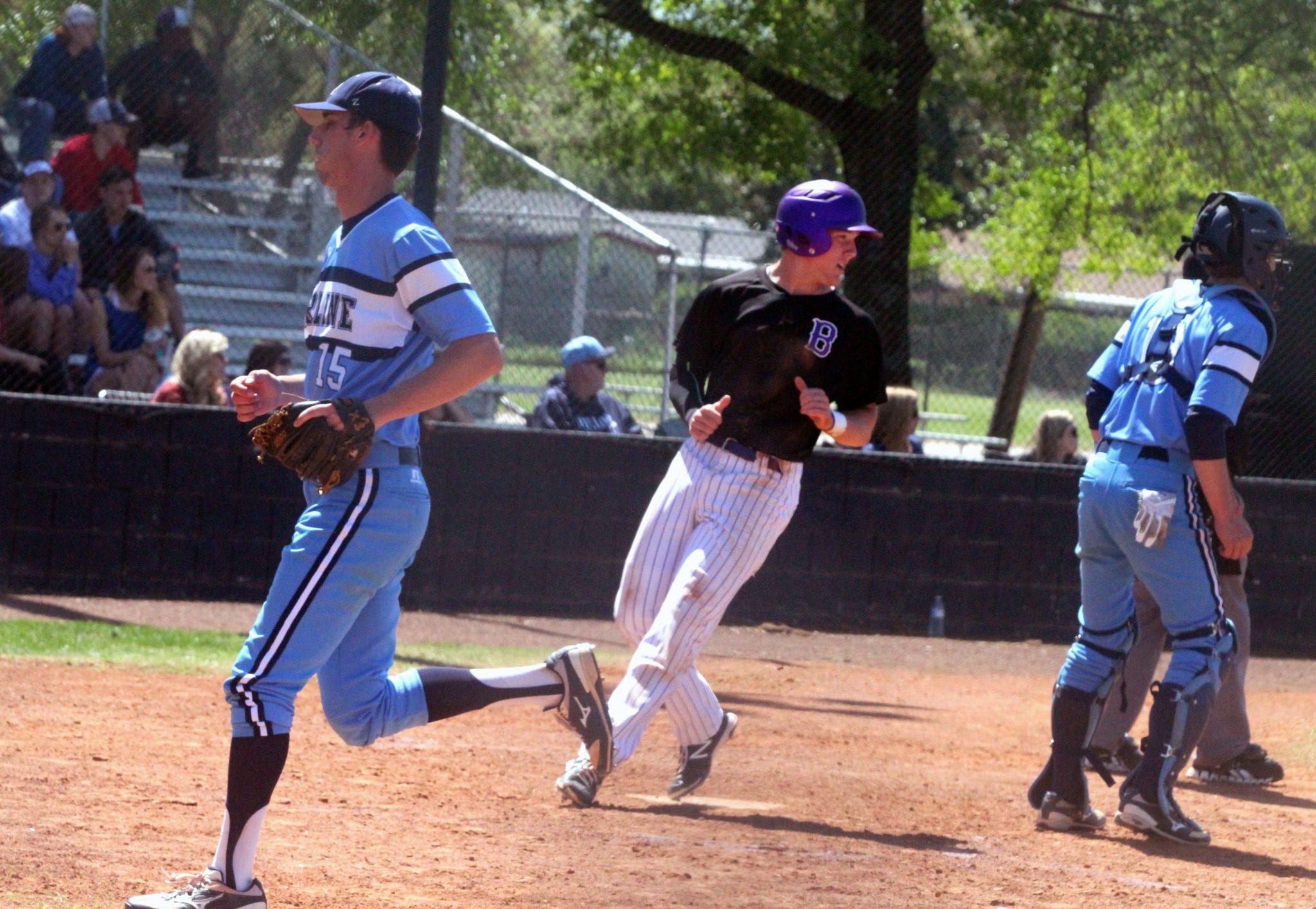 Will Hine pitched a complete game as the Benton Tigers defeated the Airline Vikings 4-0 in a non-district baseball game Saturday afternoon at Airline.

The game was a matchup between two teams with a combined seven district titles in the last four years. Airline has won three straight in District 1-5A and Benton four in 1-4A.

Also, Byrd improved to 3-0 in the district with an 8-6 victory over Evangel Christian.

At Airline, Hine allowed six hits and struck out seven with five walks.

Benton scored one run in the first and then added three in the third.

In the first, the Tigers loaded the bases with two outs on back-to-back walks and a Peyton Long single. J.T. Brice, a courtesy runner for Cole Horton, scored when Hal Gatti was hit by a pitch.

In the third, Garrett Hable was hit by a pitch with one out and Long followed with a walk. Gatti scored Hable with a line-drive single to left field.

The Vikings had their chances. Airline put at least one runner on base in every inning.

In the second, the Vikings missed a chance to load the bases with no outs because of a baserunning mixup. Instead, they had runners at first and third with one out and Hine struck out the next two batters.

Hodges and Peyton Jordan led off the third with back-to-back singles. They advanced on a fielder’s choice. But the Tigers turned a 6-4-3 double play to end the inning.

Brandon led off the sixth with his double and Josh James walked with one out. But again Hine ended the threat with a pair of strikeouts.

Airline started the bottom of the seventh with back-to-back walks. But Hine got a fielder’s choice, popout and strikeout to end the game.

Benton (18-6), which has won 12 of its last 14, visits Natchitoches Central on Tuesday in another non-district contest. Airline (12-9) visits West Monroe in a non-district game.

At Southwood, Parkway trailed 7-5 after five, but the Panthers rallied with seven in the top of the sixth.

The game was delayed for about an hour in the bottom of the sixth after one of the umpires passed out, Parkway coach David George said. It resumed when another umpire arrived.

Ricky Bryant went 2-for-4 for the Panthers. Derious Bradford also had two hits. Matthew McKee and Eric Williams had two RBI each.

Christion Rayner, who allowed just one hit and struck out four in three innings of relief, got the win.

Bryant had both of his hits in the big sixth inning. Bradford, Williams and Rayner also had singles in the inning. The Panthers took advantage of two walks, an error, a passed ball and hit batter.

At Captain Shreve, Haughton scored five runs in the fourth and led 6-3 after five innings, but the Gators scored four in the bottom of the sixth. The Bucs have played nine one-run games this season and lost seven of them.

Shreve’s Luka Akana went 3-for-4 with a double. Will Stipp had two hits.

The Gators scored their final three runs in the sixth with two outs thanks to a pair of singles and a double by Colton Moore. The inning was kept alive on a dropped third strike/wild pitch with the Bucs still up by two.