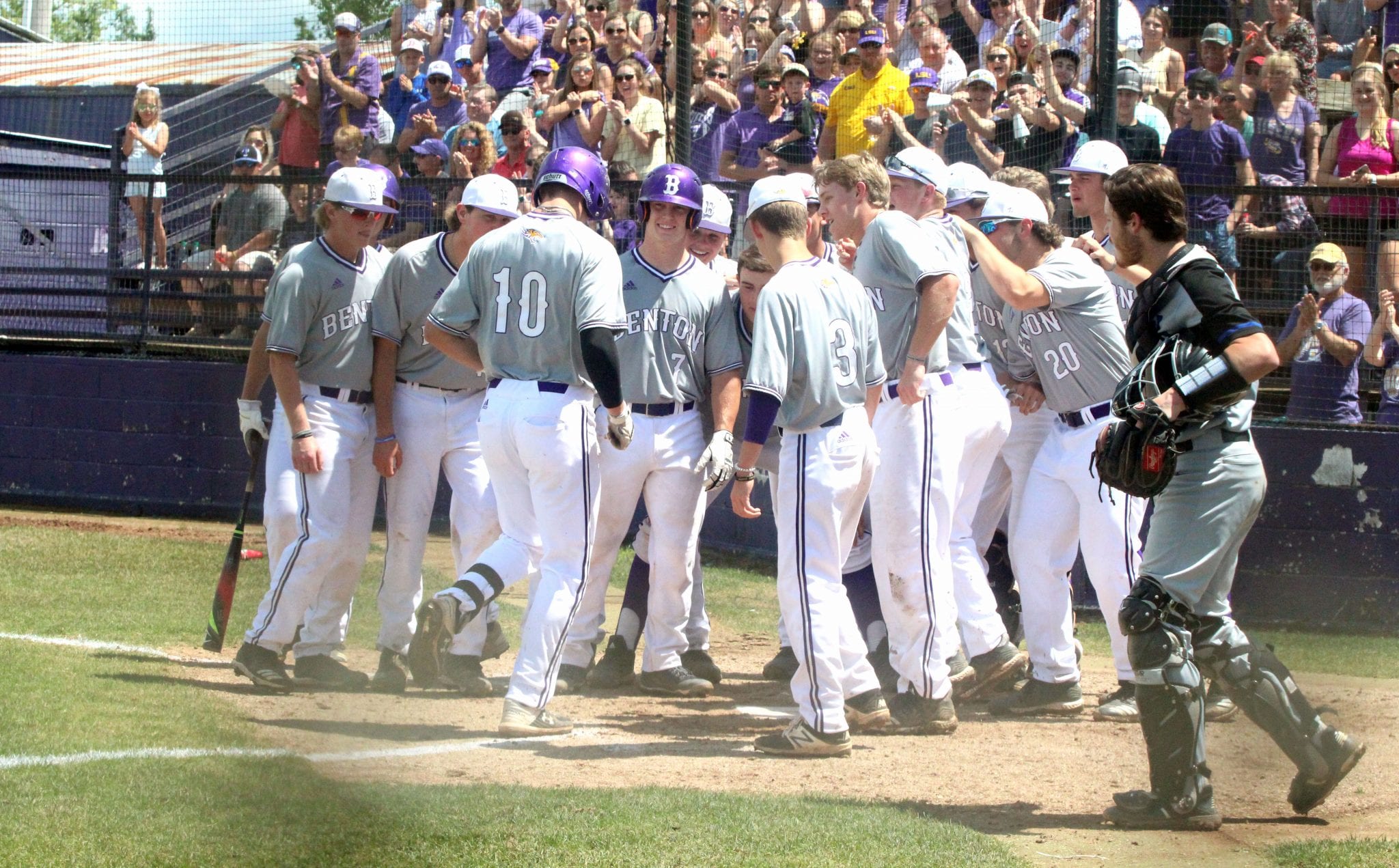 It seems the Benton Tigers and West Ouachita Chiefs can’t meet in the playoffs without a little drama.

Last year, the Tigers, down to their last strike, rallied for a 6-5 victory in the Class 4A semifinals en route to the state championship.

Sunday afternoon, Benton faced elimination in Game 2 of their best-of-3 quarterfinal series at Benton. But the Tigers handily took care of the Chiefs 8-0 behind Brock Van Hoy’s two-hitter, forcing a decisive Game 3.

Benton had a seemingly comfortable 9-2 lead after six innings. What had been a breather became a nailbiter as West Ouachita scored six to get within one.

But sophomore Dane Stearns, who entered the game in the seventh with the score 9-5 and no one out, got a groundout to shortstop Clint Lasiter with a runner on second to preserve the 9-8 victory.

Benton (33-6), the No. 4 seed, will face No. 1 Tioga (29-5) in the semifinals at 11 a.m. Thursday at the Allstate Sugar Bowl/LHSAA Baseball State Tournament at McMurry Park in Sulphur.

Benton coach J.D. Stephens said a trip to Sulphur is a goal every year for the Tigers. To make it two years in a row is special.

“One of the things that was our coaching point this week going into West Ouachita was we got a taste last year,” Stephens said. “We weren’t even talking about winning it last year. We got a taste of it and we want that taste again, so the only team that stood in our way was West Ouachita.

“That’s all we were worried about. Because teams at this point, when you start looking ahead that’s when you get popped. Our guys did a good job of staying focused.”

Stephens said the Tigers had a great week of practice, and he was confident they would bounce back from the 7-5 loss in Game 1 Friday night.

“I told our guys (after Friday’s loss), I’m going to sleep like a baby because they’ve shown what they are capable of doing.

“We kind of shot ourselves in the foot on Friday night. Our guys knew it and responded. We played cleaner games today and pretty much controlled tempo from the start of the first game.”

Van Hoy struck out six and walked only two in his gem in the first game Sunday.

“Brock pitched his tail off to get us to Game 3,” Stephens said. “Without his outing we could be sitting here talking about some different scenarios.”

The Tigers and Chiefs had to wait a day to play again after Saturday’s rain.

“Our mindset was no matter what, both teams are going to have to play two the next time whether it was Saturday or Sunday,” Stephens said. “So we took that pressure off us. Because if we win, both teams are in the same boat.

Cade Scott broke a scoreless tie with a home run over the left-field fence with one out in the top of the third. (Benton was the designated visiting team in Game 2).

That seemed to relax the team and the Benton fans.

“Anytime you can have a guy leave the yard that relaxes everybody,” Stephens said. “And we had a lot of guys today who put some good swings on the ball. As cliché as it sounds, it was an all-around team effort. I think everybody in the lineup had a hit at some point today.”

The Tigers tacked on another run in the sixth. Sam Simmons led off with a walk, stole second and scored on Brennan Blaylock’s double to center field.

Benton took any drama out of the first game with six in the top of the seventh.

Simmons smacked a two-run homer over the left-field fence to make it 4-0 with one out.

The Tigers then loaded the bases on a double by Daniel Halbert, a single by Blaylock and a walk by Matthew Gennaro.

The Tigers got a gutsy performance on the mound in Game 3 from Simmons, especially considering the pressure of the situation.

The Tigers’ closer, Simmons had only one start during the regular season, a three-inning outing in a 14-3 victory over St. Louis Catholic on March 19.

Stephens said the thinking then was that Benton may need to use Simmons in a Game 3 situation down the road and wanted to see how he handled coming out of the gate, so to speak.

“The kicker was going to be if we used him up to that point (in the series),” he said. “As soon as we knew we hadn’t used him yet, we knew he could start. He’s done it before and he did fine.”

Stephens also had praise for Stearns, who is normally the team’s setup pitcher.

“He never did have to do the closing role, but he did fine,” Stephens said. “He threw strikes. It looked closer than it was, obviously being 9-8, with the tying run at second.

“He did what we asked. He threw strikes. He gave up a couple of hits, which made them earn it at least. We might’ve kicked one ball, but he kept trusting his defense and got a groundball to Lasiter to end it.”

Scott had another productive outing, going 3-for-4. Lasiter went 2-for-3 with a home run and three RBI. Horton went 2-for-2 with a solo home run. Halbert and Simmons both had doubles.

Benton got off to a tremendous start, scoring two in the first and four in the second for a 6-1 lead.

Scott, Lasiter and Horton had consecutive singles to start the first. Horton’s was a bunt. Scott and Lasiter scored on the same error with two outs.

The Tigers scored all four runs with two outs in the second. Timms drew a walk with one out and Scott singled with two gone.

West Ouachita loaded the bases with one out in the fourth. Simmons came up big with two strikeouts to end the threat.

The Tigers put two more on the board in the fourth.

Lasiter led off the inning with a fly ball that resulted in an error. Horton was hit by a pitch. Simmons’ sacrifice fly to right field scored Lasiter.

Horton drew a leadoff walk and was replaced by Walters, who advanced to second on a passed ball.

With two outs, Blaylock put the ball in play toward second. An error resulted and Walters scored. At the time, it just seemed like icing on the cake, but it obviously turned out to be important.

West Ouachita’s Peyton Parker hit a leadoff homer in the top of the fifth.

The Chiefs opened the seventh with a single and double. Parker then hit his second home run of the game.

Stearns came in and got a grounder for the first out. An error, walk and single loaded the bases. The Chiefs cut the lead to 9-6 on a groundout. Caleb Rutledge made it 9-8 with a single.

Stearns threw three consecutive balls to Brady Ryals. But he followed with two strikes. Ryals then hit a grounder to Lasiter, who threw to Halbert for the final out.

“We got a big lead and we were attacking with fastballs,” Stephens said. “They hit a few and we kicked a few but our guys did good and stayed composed.”

While there was no doubt West Ouachita made things interesting in the seventh, overall Stephens felt very good about the way his players came through offensively throughout the series.

“We even played well on Friday night,” he said. “They had a good game plan and knew how they were going to attack us. Our guys did a good job of essentially forcing them to change their gameplan.

“What you’re trying to do as a hitter is if you can get a pitcher to pitch the way they don’t want to you’re in a better spot and our guys did a good job.”