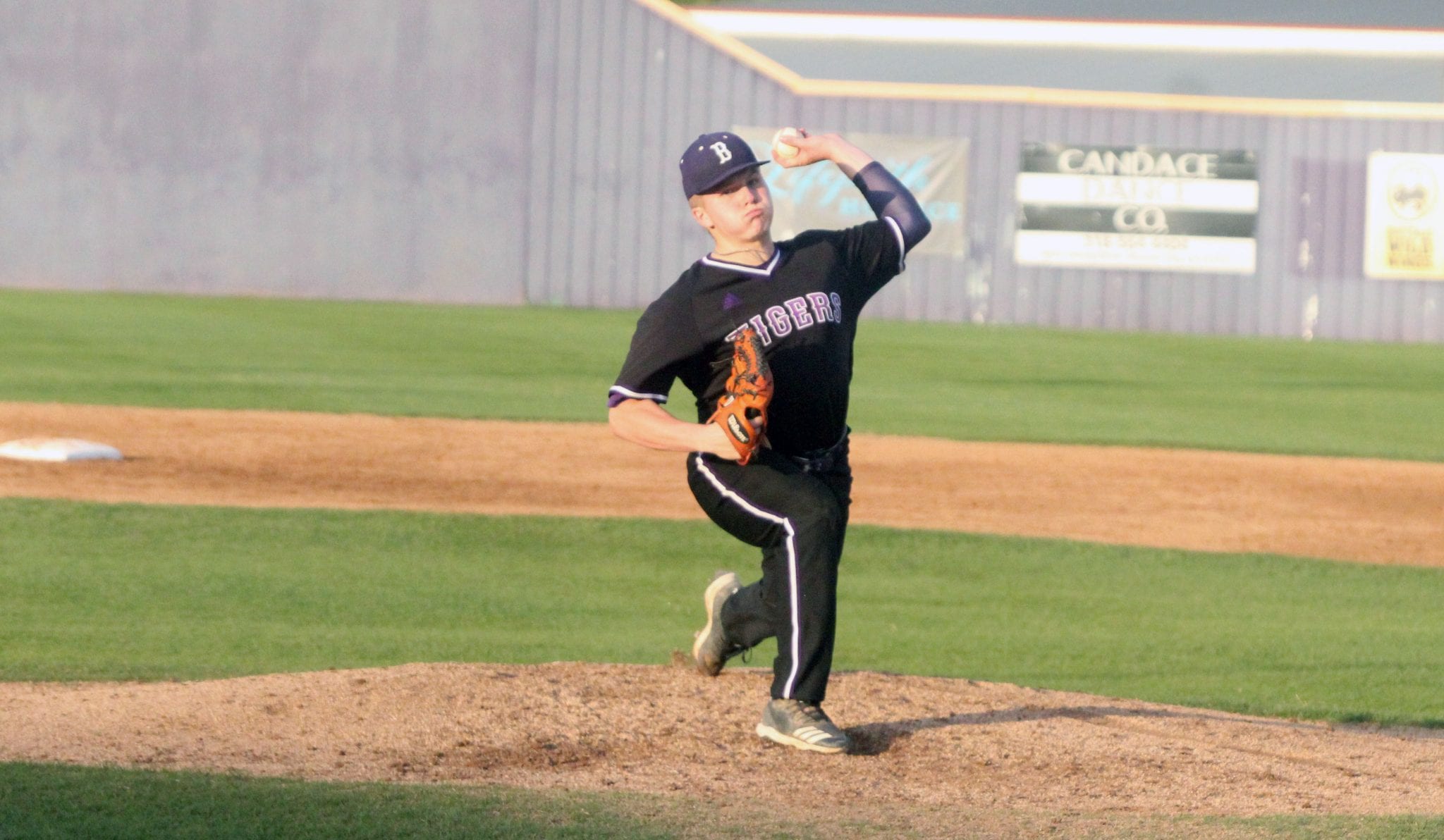 Benton completed a two-game District 1-4A sweep of North DeSoto with a 4-1 win at Benton.

Parkway downed Haughton 7-3 in the first of a two-game District 1-5A set at Haughton.

In a non-district game, the Airline Vikings fell to Many 3-1 at Airline.

In a District 1-5A game Saturday, Byrd topped Captain Shreve 11-0.

At Benton, seven Tigers combined for eight hits. Daniel Halbert went 2-for-2 with a home run and two RBI.

Sam Simmons hit a solo home run. Cade Scott and Tanner Timms had one double each.

Landon Joyner pitched a four-hitter. He struck out four and walked two.

Halbert gave the Tigers a 1-0 lead with a leadoff home run over the left-field fence in the bottom of the second.

Simmons led off the fourth with his home run over the right-field fence. Halbert and Brennan Blaylock followed with back-to-back singles.

Halbert advanced to third on wild pitch and scored on Cameron Ross’ sacrifice fly. Timms then doubled to left field, scoring Blaylock and giving the Tigers a 4-0 lead.

North DeSoto scored a run in the top of the sixth. But Joyner set the Griffins down in order in the final two innings.

At Haughton, Parkway’s Caleb Reese went 2-for-4 with a home run, double and three RBI. Eric Brown also went 2-for-4.

Peyton Lewis hit a solo home run. Gabe Larry and Amani Larry had one double each.

Christion Rayner pitched a complete game. He scattered seven hits, struck out five and walked one.

Parkway got off to a fast start, scoring four in the first.

Amani Larry led off with a double, advanced to third on a passed ball and scored on Collier Cloinger’s sacrifice fly.

The Panthers scored two in the second. Cloinger had back-to-back singles. Reese followed with his double.

Haughton cut the lead to four in the bottom of the third. McWilliams had an RBI single, and Logan Wilkerson stole home.

Lewis made it 7-2 with his home run with two outs in the top of the fifth.

Haughton answered with one in the bottom of the inning. Griffen tripled with one out and scored on a groundout by McWilliams.

Haughton put runners on first and second with one out in the sixth, but Parkway turned a double play to end the threat.

But the Vikings managed just three hits, including two by Cole Broadway.

Many’s Caleb Leach got the win, giving up the three hits in 6 1/3 innings. He struck out nine.