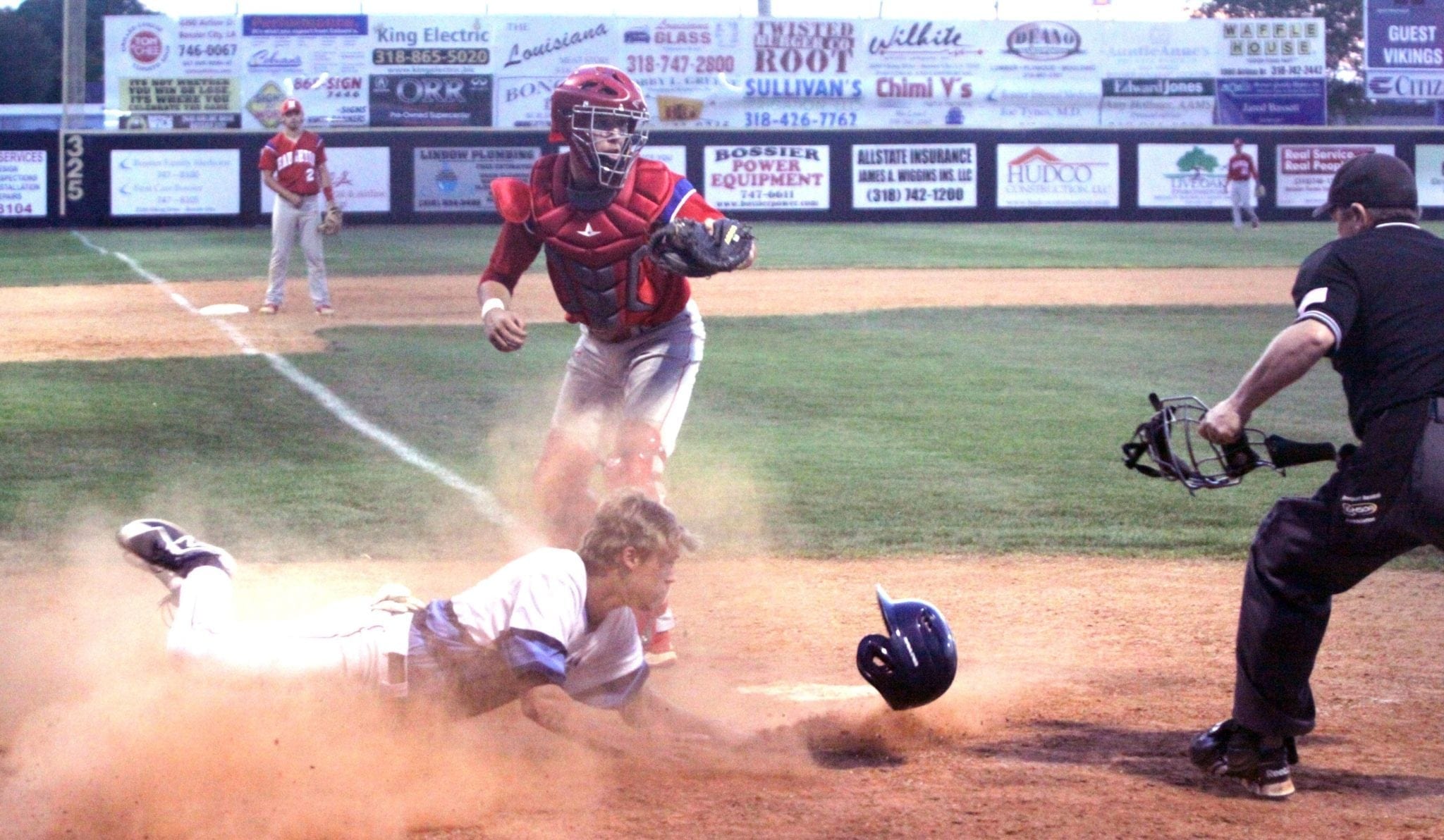 The Haughton Buccaneers scored six runs in the seventh inning to rally past the Airline Vikings 8-3 in a District 1-5A baseball game Tuesday evening at Airline.

Haughton hosts Airline (12-19, 4-7) on Thursday at 6 p.m. The game is the final one of the regular season for the Bucs. Airline has one more scheduled for noon Saturday against Claiborne Christian at home.

Parkway, Haughton and Airline will all be going to the playoffs. The Panthers are No. 9 in the 5A power rankings, according to LouisianaPreps.com, and will host a first round game.

At No. 17, the Bucs also have a shot at hosting a first-round game. The top 32 teams generally qualify for the playoffs with the top 16 hosting first-round games. Airline is No. 29.

In a District 1-4A game, the Benton Tigers defeated the Bossier Bearkats 23-2 in three innings at Benton.

All four teams will be going to the playoffs. At No. 13 in the 4A power rankings, Benton will likely host a first-round game.

At Airline, Bryson Connell singled and scored a run on an error in the bottom of the sixth to give the Vikings a 3-2 lead.

Cade Thompson led off the bottom of the inning with a double and advanced to third on a passed ball. Lake Lowery was hit by a pitch. CJ McWilliams then tripled to center field, giving the Bucs a 4-3 lead.

Stovall had two RBI and a double in the game. Townsend also had two RBI. Mason Simmons had a double.

At Calvary, Parkway led 4-1 after five, but the Cavaliers rallied with four in the bottom of the sixth.

Parkway had 10 hits. Jordan Wilson went 2-for-3 with a double and two RBI. Derious Bradford and Caleb Reese had two hits each.

At Benton, twelve Tigers had hits. Cade Scott went 3-for-3 with a double and three RBI. Sam Simmons doubled twice and drove in three runs.

Jon Mikal Robertson and Devin Snipes had hits for Bossier.

NOTE: The above report is based on information on teams’ official GameChanger accounts or information received from coaches.