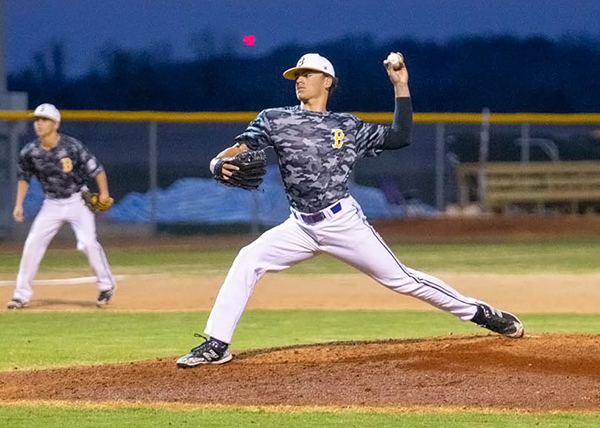 Benton defeated Evangel Christian 10-3 at Benton in a game that was also a part of the Trey Altick tournament. The Tigers avenged a 5-0 loss to the Eagles in the season opener.

Haughton ran its record to 5-1 with an 8-3 victory over Loyola in the first of a three-game series at Loyola.

At Loyola, Ethan Robinson pitched a complete game for his second win of the season.

Game 2 is at 5 p.m. Friday at Haughton. The final game is at 1 Saturday at Loyola.

At Barbe, Parkway stayed close through the first four innings, trailing 3-0. But Barbe scored four in the fifth and three in the sixth.

Starter Tyler Bouillon had a solid outing, allowing four hits, one walk and zero earned runs in 4 1/3 innings. The Panthers hurt themselves with seven errors.

Barbe’s JC Vanek pitched a six-inning no-hitter. He struck out 10. The Buccaneers are off to an 8-0 start.

Parkway (2-3) continues play in the tournament at 4 Friday against Zachary at Sulphur.

Airline improved to 1-2 with its victory. The Vikings were coming off a tough 11-9 loss to Ruston on Tuesday at Airline.

At Benton, the Tigers improved to 2-1-2. Benton plays Tioga Friday at 7 at West Ouachita in the tournament.

Note: The above report is based on information provided by coaches or found on teams’ official GameChanger accounts.