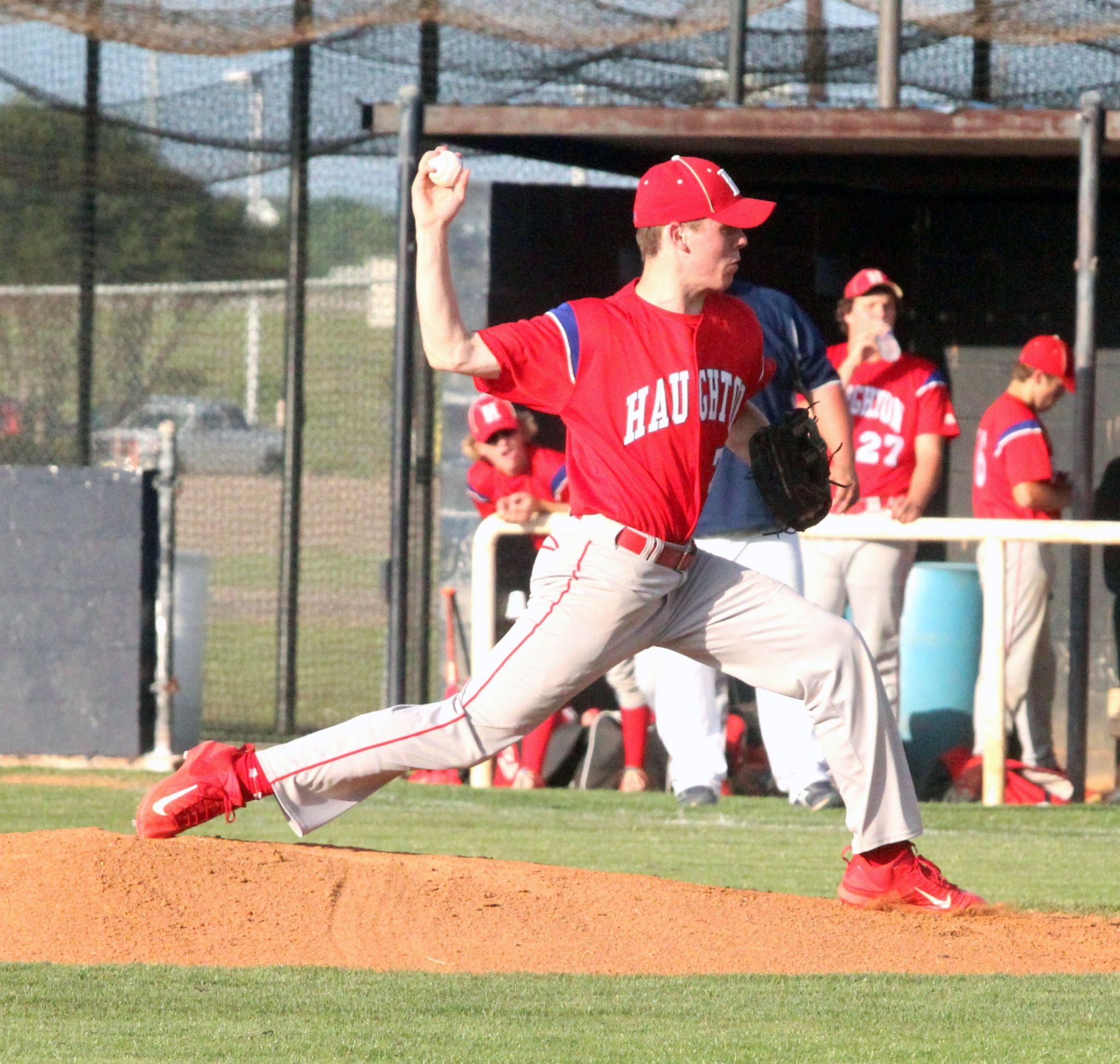 Austin Clemmens pitched a two-hit shutout as the Haughton Buccaneers edged the Airline Vikings 1-0 in the final district and regular-season game for both teams Thursday evening at Airline.

Airline finished 21-12 overall and 10-2 in district. The Vikings had already clinched their fourth straight 1-5A title with a 10-0 victory at Haughton on Tuesday.

Airline was No. 15 in the Class 5A power rankings released before Tuesday’s games. The Vikings were No. 13 in Thursday evening’s rankings on the Louisiana Sportsline website. The top 16 teams host first-round playoff games.

Haughton was No. 31 in both the Tuesday LHSAA rankings and the Louisiana Sportsline rankings. The top 32 teams generally make the playoffs, and the win over Airline should solidify the Bucs’ position.

In another District 1-5A finale Thursday, the Parkway Panthers fell to Evangel Christian 3-2 in nine innings at Parkway. It was Parkway’s second one-run loss to Evangel in three days and the Panthers’ eighth one-run loss this season.

Parkway (17-14, 5-7) closes the regular season at Claiborne Christian on Friday. The Panthers, who were No. 22 in the LHSAA 5A power rankings and No. 25 on Louisiana Sportsline, will make the playoffs for the first time since 2011 and be on the road for a first-round game.

The Benton Tigers don’t have to worry about hosting a first-round game much less making the playoffs.

The Tigers rolled past Northwood 11-2 Thursday. Benton ran the table in District 1-4A for the second straight year, going 14-0. The Tigers won their fifth straight district championship. Benton has a remarkable 60-2 district record during that span.

Benton (27-6) was No. 1 in both the LHSAA and Louisiana Sportsline rankings and should stay there.

Final official power rankings and playoff pairings will be released by the LHSAA on Sunday.

For the first time, the playoffs will be divided among non-select (public) and select (private, magnet, some charter) schools.

There will be the traditional playoffs in seven classes from 5A to C for non-select schools. Select schools will be placed in five divisions. The system has been in place for football since 2013 and was extended to basketball, baseball and softball this school year.

In another District 1-4A game, the Bossier Bearkats rolled past Woodlawn 18-1 at Woodlawn.

At Airline on Thursday, both teams got exceptional pitching performances.

It was a frustrating game for batters on both teams. Eight of Airline’s outs came on flyouts and eight on groundouts. It was the same for Haughton.

Two of Hodges’ walks came against the first two batters of the game, Sam Herren and Jonathan Plant, and contributed to the only run. Cameron Townsend’s single to center field scored Herren.

The Bucs had runners on first and second with one out, but the Vikings ended the threat with a double play started by shortstop Cameron Parikh.

Airline put runners at first and second with two outs in the second thanks to an error and walk, but a baserunning mistake resulted in the third out.

Haughton got a runner in scoring position with one out in the fifth, but Hodges got out of the inning with a lineout and flyout.

Singles by Herren and Jathon Patton gave Haughton a chance in the sixth. But Hunter Nycum threw out a runner trying to steal second for the third out.

Jonathan Brandon, who had both of Airline’s hits, doubled with two outs in the sixth. But Clemmens induced a lineout to end the threat.

The game was typical of Haughton’s season. It was the Bucs’ 15th game decided by one run. Haughton won six of them.

At Benton, the Tigers quickly took control, scoring two in the first, four in the second and four in the third for a 10-2 lead.

Garrett Hable’s two-run double in the third gave Benton a 9-2 lead. Hable had another RBI and finished with six in the two games against Northwood.

Colby Sharp got the win. He allowed four hits in five innings with no walks. Kade Bailey and Andrew McPherson pitched one inning each. Bailey didn’t allow a hit and McPherson gave up one.

At Parkway, Amani Larry went 2-for-3 with two doubles. Caleb Reese went 2-for-4 with an RBI.

Parkway scored a run in the first. Larry walked, advanced to second on Jordan Wilson’s sacrifice bunt and scored on Eric Williams’ single to left field.

Evangel’s Nicholas Bedsole hit a two-run home run over the left-field wall with one out in the top of third.

The Panthers tied it in the bottom of the fourth. Peyton Lewis reached on an error, advanced to third on Derious Bradford’s groundout and scored on Reese’s groundout to shortstop.

Parkway stranded a runner at third in the sixth. Larry doubled with two outs in the seventh but a strikeout sent the game into extra innings.

The Eagles loaded the bases in the ninth on a walk, single and hit batter. The Panthers turned a double play on a grounder to first baseman Cameron Phillips who got the force and then threw home for the second out.

Evangel scored the go-ahead run on a balk that was followed by a groundout.

Reese led off the bottom of the inning with a single and advanced to second on Clayton Webb’s one-out walk. He moved to third on Phillips’ ground out. After Larry walked, Evangel got a popout to end the game.

At Woodlawn, Kevin McCuthen went 4-for-5 with two doubles and four RBI to lead the Bearkats to the win. Rangel Miller pitched a five-inning one-hitter with 12 strikeouts and had a triple.