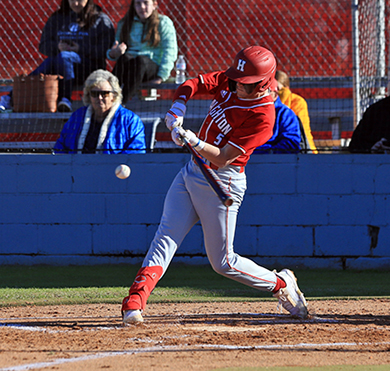 Maynor’s Bucs defeated Evangel Christian 6-3 in the second of a three-game series at Haughton. The final game is set for noon Saturday at Haughton.

Parkway defeated Sterlington 10-1 in the Barbe tournament. The game was suspended Friday after one inning because of inclement weather. The Panthers also fell to Zachary 10-2.

Benton defeated Calvary Baptist 4-2 in the Sulphur tournament, avenging a 3-1 loss to the Cavaliers on Tuesday. The Tigers also lost to St. Louis Catholic 10-6.

Evangel scored a run in the top of the sixth to tie the game at 4. Haughton loaded the bases with no outs  in the bottom of the inning on two walks and a hit-by-pitch.

Connor Blank brought home two runs with a single. He later scored on a wild pitch with two outs to give the Bucs a 6-3 lead.

Austin Anderson and Colin Rains both went 2-for-4. Roman Tolbert had two RBI.

Brogan Walker got his first career win. Tolbert picked up his third save.

Parkway starter Cade Josting allowed just one hit and struck out 13 in 5 1/3 innings against Sterlington. Shawn Driggers and Brayden Thetford didn’t allow a hit in the final 1 2/3 innings, completing the combined one-hitter.

Cameron Fink had a double and two RBI. A Thetford had a triple.

Driggers and Schoenborn had two RBI each.

Schoenborn went 2-for-2 with a home run and two RBI against Zachary.

Parkway (7-8) closes the tournament against defending state champion Barbe (18-0) at 12:30 p.m. Saturday. The Panthers lost to the Bucs 10-0 earlier this season.

Benton’s Bryson Pierce went 3-for-3 in the win over Calvary. Hudson Brignac had two hits and two RBI.

Brady Blaylock had a triple and double. Cade Stewart had a double.

Daniel Jayroe allowed four hits and no earned runs in six innings. Cale Latimer didn’t allow a hit and struck out two in the seventh.

Taking advantage of eight walks, St. Louis Catholic scored seven runs in the bottom of the fifth for an 8-2 lead. Benton rallied with three in the sixth but couldn’t complete the comeback.

Brignac completed a big day with three hits, including a two-run double in the sixth.

Kenner Lauterbach had a double.

Airline’s Harrison Waxley went 2-for-3 against St. Louis Catholic. The Vikings dropped to 6-6.