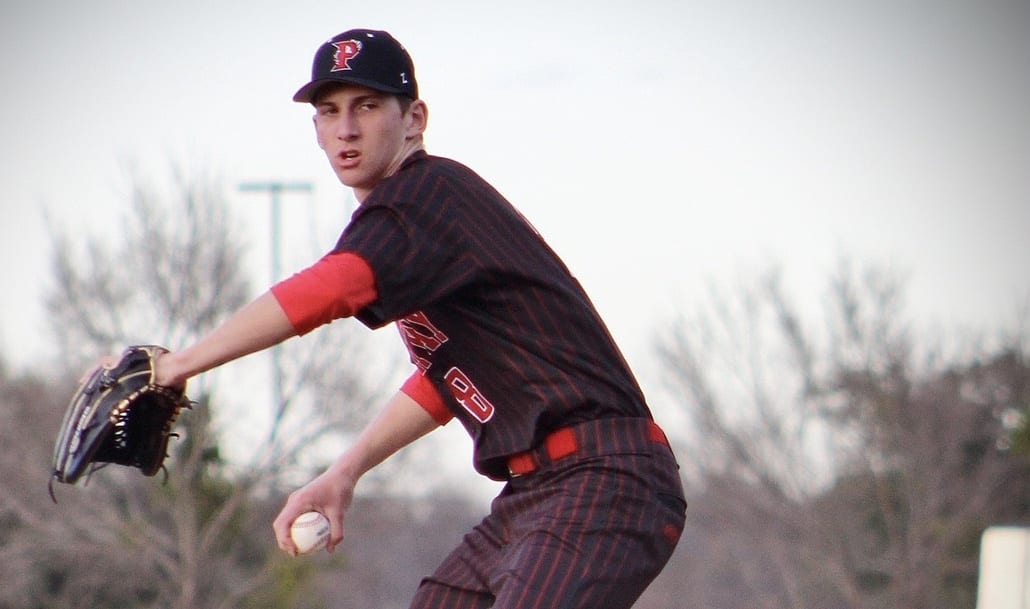 Since he was 8 years old, Parkway senior Drake Fontenot has spent this time of the year playing baseball.

Because of the coronavirus pandemic and the closure of schools statewide, he hasn’t been on the field since March 14. Parkway was supposed to open defense of its District 1-5A title Tuesday against Byrd at Byrd’s Field at LSUS.

Instead, like dozens of spring sports athletes throughout the state, Fontenot is playing a waiting game, wondering when and if he and his teammates will be able to resume playing and complete the 2020 season.

Sunday, Louisiana Gov. John Bel Edwards issued a “stay-at-home” order until April 12. Bossier Parish schools have been closed since March 16. The earliest they could reopen is April 13.

“It’s definitely real tough,” said Fontenot, a pitcher, during a phone interview Monday. “I haven’t had a break in the spring since I was 8-years-old, I guess. Sitting at the house not doing anything is real tough. I’m not one of those people who can just sit at the house and do nothing.

The Panthers were one of several parish squads off to very good starts. Parkway is 9-3 despite losing several key players from last season’s team that reached the Class 5A semifinals and finished 31-6, tying a school record for victories.

“We were starting to finally click with one another,” Fontenot said. “We started to play as a team. We were actually playing real good at the end of that last week.”

Fontenot has also been playing well.

He had a bit of a hiccup in his last start against Pleasant Grove, Texas, but Parkway rallied to win 14-13.

Overall, he’s 2-0 and has struck out 27 in 21 innings, according to Parkway head coach David George. He pitched a five-hitter with eight strikeouts in a 1-0 victory over Walker.

He also had a solid outing in a 4-3 victory over defending Division IV state champion Ouachita Christian.

“He was doing really, really well,” George said. “What was awesome is he threw a complete game against Walker in the Monroe tournament and the coach he’s going to have for college was there to watch him pitch the whole game. So that was pretty cool. I was happy. He really did well in that game.”

“When the year started I just had a feeling he was going to really have a good year,” he said “Last year he didn’t pitch as much but I didn’t have to have him. I was pretty loaded. And I really needed to count on him this year. And he’s really come through.”

Fontenot knows that regardless of what happens, he is luckier than some of his fellow seniors on parish teams whose high school — and baseball — careers hang in the balance. He signed with the University of Arkansas-Rich Mountain in January.

“I really feel bad for them not having that next step and that’s really the ones that needed it the most, too,” he said.

Fontenot has done his best to stay in shape and keep his skills sharp. Players aren’t allowed to use school facilities now so he’s been doing what he can, including throwing inside a cage at Extra Innings.

He may not be able to do that anymore because of Gov. Edwards’ directive.

Fontenot understands the need for what’s happening now. He and his teammates are trying keep positive attitudes while remaining realistic.

In a spring sports memo released on March 16 by the LHSAA, Commissioner Eddie Bonine said that even if the schools have to be closed for another month, options remain including playing in June.

“We’re all hoping for the best but with all that’s going on and how fast it’s spreading in Louisiana it’s not really looking too bright right now,” Fontenot said.

“We’re hoping it all dies down real fast and we can at least make it back and finish the rest of  the season even if it is just playoffs.”

George, of course, is hoping the same thing.

“I think we were just finally getting it together,” he said. “It was kind of like a rebuilding year for me. I’ve only got three seniors as it is. They were starting to step it up a little bit and figure everything out and then bam, we’re done.”

He said he communicates with his players every few days via a group text to see how they’re doing.

“I’ve been telling them, hey look, stay in shape,” he said. “You can’t get together with them. You’re kind of on your own and it’s kind of hard when they’re by themselves to do that. But I think some of them are doing the best they can.

“I understand it. You feel bad for the kids, especially the seniors, but it is what it is. It’s just something you have to go with. It’s part of life. That doesn’t mean I like it.”