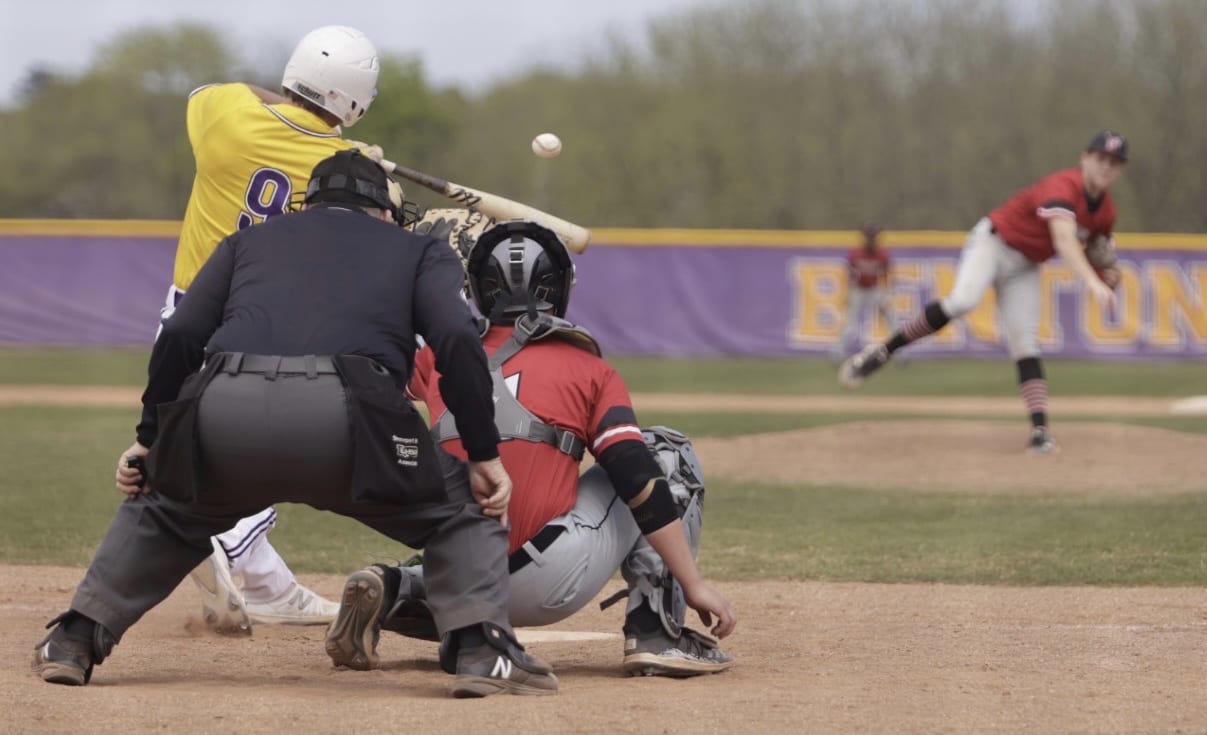 The Benton Tigers kept their perfect District 1-5A record intact Saturday, but it took a late dramatic rally to do it.

In the other 1-5A games, Haughton defeated Airline 12-2 at Haughton, Byrd downed Captain Shreve 6-1 at Shreve and Natchitoches Central got past Southwood 7-2 in Natchitoches.

All four two-game series were sweeps.

At Benton, Clint Lasiter tied the game at 7 in the bottom of the seventh with a two-out, two-run home run. The bomb scored Austin Berry, who drew a one-out walk.

Dane Stearns followed with a single. Grayson Gates then hit a grounder and reached first on an error. That same error allowed Stearns to score the winning run.

Benton scored the two runs in the sixth with two out after the first two batters hit flyouts.

Stearns singled and advanced to third on an error. Gates then reached on an error (ruled a single by Parkway scoring) and Stearns scored. Rylan Lawrence and Brock Van Hoy followed with back-to-back singles to make it 7-5.

Lasiter and Lawrence had two hits each.

Van Hoy got the win in relief. He pitched five scoreless innings, allowing two hits, striking out four and walking none.

The Panthers and Tigers both scored three in the first inning. Parkway had three singles and a double by Hayden Knotts. Benton had five singles.

Parkway then put four on the board in the second.

Brady Norcross doubled with one out and advanced to third on Brandon Levy’s single. Knotts’ sacrifice fly scored Norcross.

The Panthers’ best chance to score after that was the third. Parkway put runners at first and second with two outs, but Van Hoy ended the threat with a strikeout.

Benton’s next two-game series could go a long way toward deciding the district title. The Tigers are scheduled to host Byrd in the first game at 6 p.m. Tuesday. Parkway is scheduled to open a series against Southwood at 6 Tuesday at home.

After Austin Anderson kept Airline off the board in the top of the sixth, Haughton ended the game via the run rule with four runs in the bottom of the inning.

Keith also helped himself at the plate, going 3-for-4 with two RBI.

After two scoreless innings, Haughton took control with six runs in the third.

Keith had two singles in the inning. Tolbert and Rains had one each. The Bucs also took advantage of several errors.

Airline starter Carter White allowed four hits in three innings. But he didn’t give up an earned run or walk and struck out four.

All three of the Vikings’ hits came in the two-run fourth. Mason Morgan, Triston Hargrave and James Ross had consecutive singles.