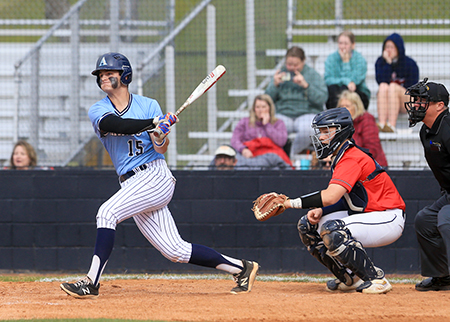 The Airline Vikings’ six-game winning streak ended Monday with a 9-1 loss to North DeSoto at Airline.

Airline dropped to 6-3. North DeSoto improved to 10-3 with its sixth straight victory.

North DeSoto pitcher Kameron Mangum limited the Vikings to five hits, all singles, and walked only one.

The Griffins had 11 hits.

Clayton Brandon’s RBI-single gave Airline a 1-0 lead in the bottom of the second. But the Griffins answered with four runs in the top of the third. They added one in the fourth and fifth and three in the sixth.

The Vikings are scheduled to play in the Sulphur tournament Thursday through Saturday.