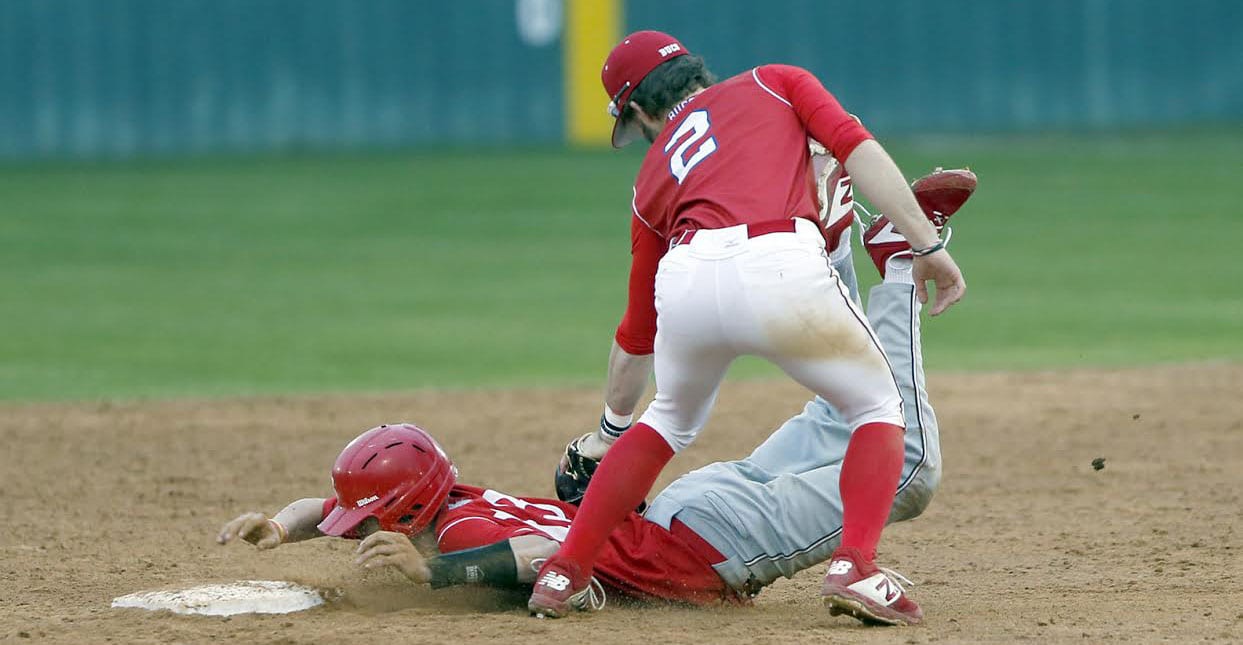 Benton also lost a close one to Parkway 6-4 Thursday. The Tigers rebounded with a 12-4 victory over Captain Shreve on Friday.

Haughton lost to Ruston 10-4 on Thursday and then came back to defeat Texas High by the same score Friday.

After defeating Benton on Thursday, Parkway fell to Ruston 5-4 Friday.

Airline scored two runs in the bottom of the seventh to defeat Benton.

Hayden Travinski led off the inning with a single and was replaced by courtesy runner Jamal Martin.

With two outs, Christopher Lutterman reached base on a hard groundball to the left side of the infield.

With two strikes, Hayden Lope lined a single to center field scoring Martin from second to tie it at 5.

Cole Broadway then lifted a walk-off double to center field. It was his second double of the game.

Travinski went 2-for-4 with a triple.

Tyler Thurman, who allowed one hit and no runs in the final 1 2/3 innings,  got the win. Starter Bryson Connell scattered six hits and struck out eight in 5 2/3 innings.

Airline’s game against Texas High was tied at five after seven. Texas High scored one in the top of the ninth.

Travinski went 3-for-3 with a triple and double. Broadway and Connell had doubles.

Parkway’s Eric Brown went 3-for-4 with a home run and double in the Panthers’ win over Benton.

Amani Larry had a double and two RBI.

Benton’s Clint Lasiter went 2-for-3 with a double. Sam Simmons also had a double.

The Tigers got going offensively in a big way in the win over Shreve, cranking out 16 hits.

Daniel Halbert went 3-for-3 with two doubles and four RBI. Blaylock went 3-for-5 with a triple and double.

Grayson Gates went four innings for the win. He allowed four hits and no earned runs with five strikeouts.

Parkway led Ruston 2-1 after six innings, but the Bearcats put four on the board in the top of  the seventh. The Panthers rallied in the bottom of the inning but came up one run short.

Haughton’s Dustin Barron went 3-for-3 in the win over Texas High.

Brock Breed had two hits and four RBI. Caleb Green went 2-for-3 with a double. Carter Griffin went 2-for-2 with two RBI.

Brodie Shankle picked up the win. He didn’t allow an earned run or walk a batter in 4 2/3 innings.

Peyton Stovall and Green both went 2-for-3 against Ruston. Breed had a double.

Jamaal Brooks went 2-for-4 with a double against Pleasant Hill. Chase Bounds had a double and walked three times. Beeson drove in two runs.

Bounds allowed just one hit in six innings and struck out seven.

NOTE: The above report is based on information received from coaches or found on teams’ official GameChanger accounts.