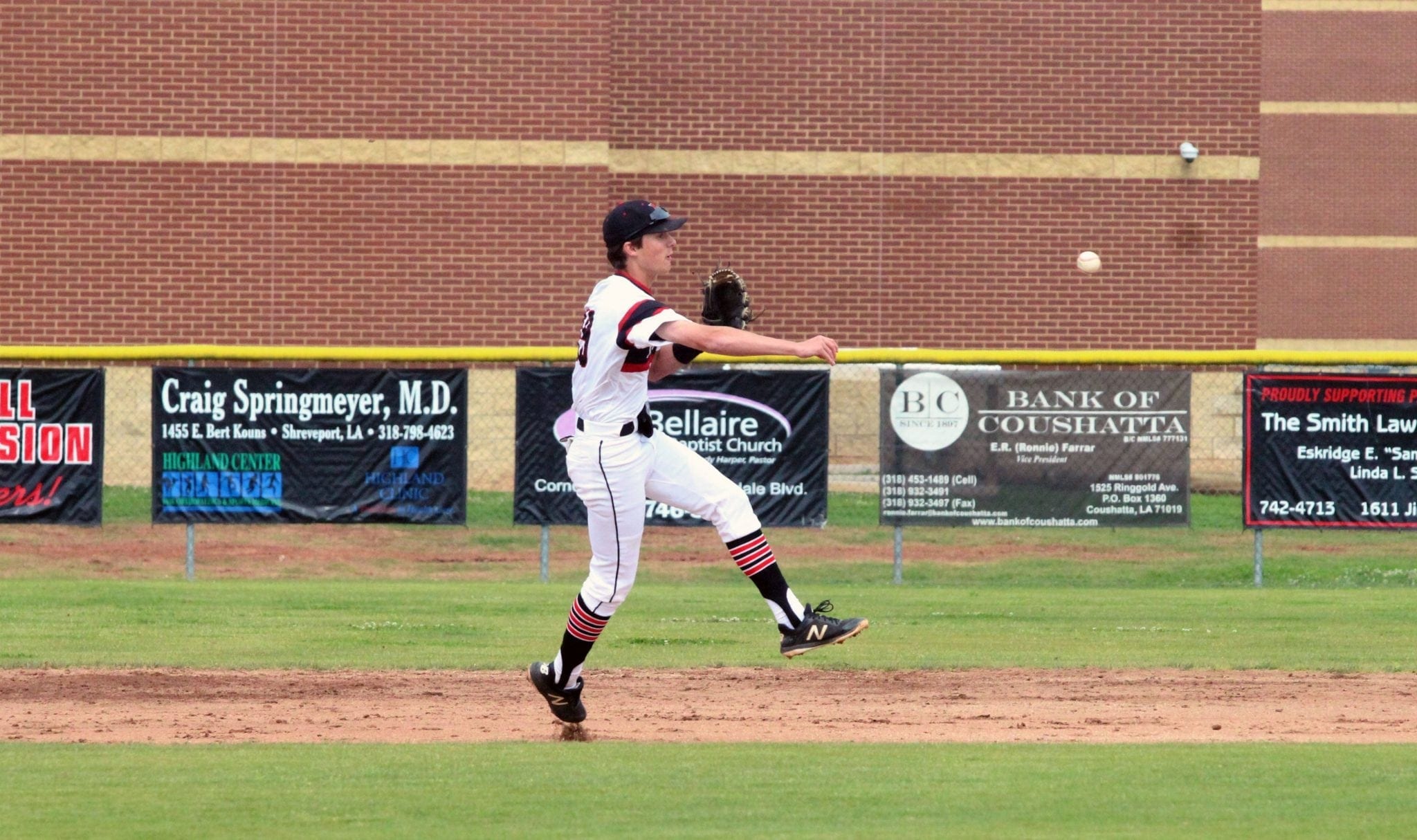 With the District 1-5A championship on the line, the Parkway Panthers got into an early hole and couldn’t climb out in a 12-4 loss to the Captain Shreve Gators on Saturday at Parkway.

Elsehwere Saturday, Airline defeated Evangel Christian 7-4 in a District 1-5A game at Evangel, and Haughton edged Benton 8-7 in a non-district game at Haughton.

At Parkway, things started badly for Parkway and got worse. Captain Shreve’s Christopher Noble blased a three-run homer with two outs in the first inning to give the Gators a 3-0 lead.

Shreve added two more runs in the second on a bases-loaded single down the left-field line. The Gators scored two in the fourth and three in the sixth to extend the lead to 10-0.

Parkway finally broke through with four runs in the bottom of the sixth. Eric “EJ” Williams had a three-run homer in the inning.

The Panthers had a tough time against Shreve pitcher Reid DuBois, who allowed just four hits and walked none.

At Evangel, Airline’s Jerry Couch, an Evangel transfer, had a good day at the plate and on the mound.

He went 2-for-3 with an RBI. In six innings, he allowed just one hit and one earned run, struck out seven and walked only two.

Airline started fast, scoring four in the bottom of the first. The Vikings added two in the second and one in the third for a 7-1 lead.

At Haughton, the Bucs led 6-1 after five innings. But the Tigers scored four in the top of the sixth to cut the lead to one. Haughton scored one in the bottom of the inning before Benton tied it at 7 in the top of the seventh on Peyton Long’s two-run home run.

Hayden Hensley led off the bottom of the seventh with a double and advanced to third on Cade Thompson’s grounder to the pitcher. Benton intentionally walked Lake Lowery to load the bases. CJ McWilliams then singled to score Hensley with the winning run.

McWilliams had a big day, going 3-for-4 with three RBI. Hensley went 2-for-3 with two RBI. Mason Simmons also had two hits. Cameron Townsend had an RBI-double.

NOTE: The above report is based on teams’ official GameChanger accounts and information received from coaches.