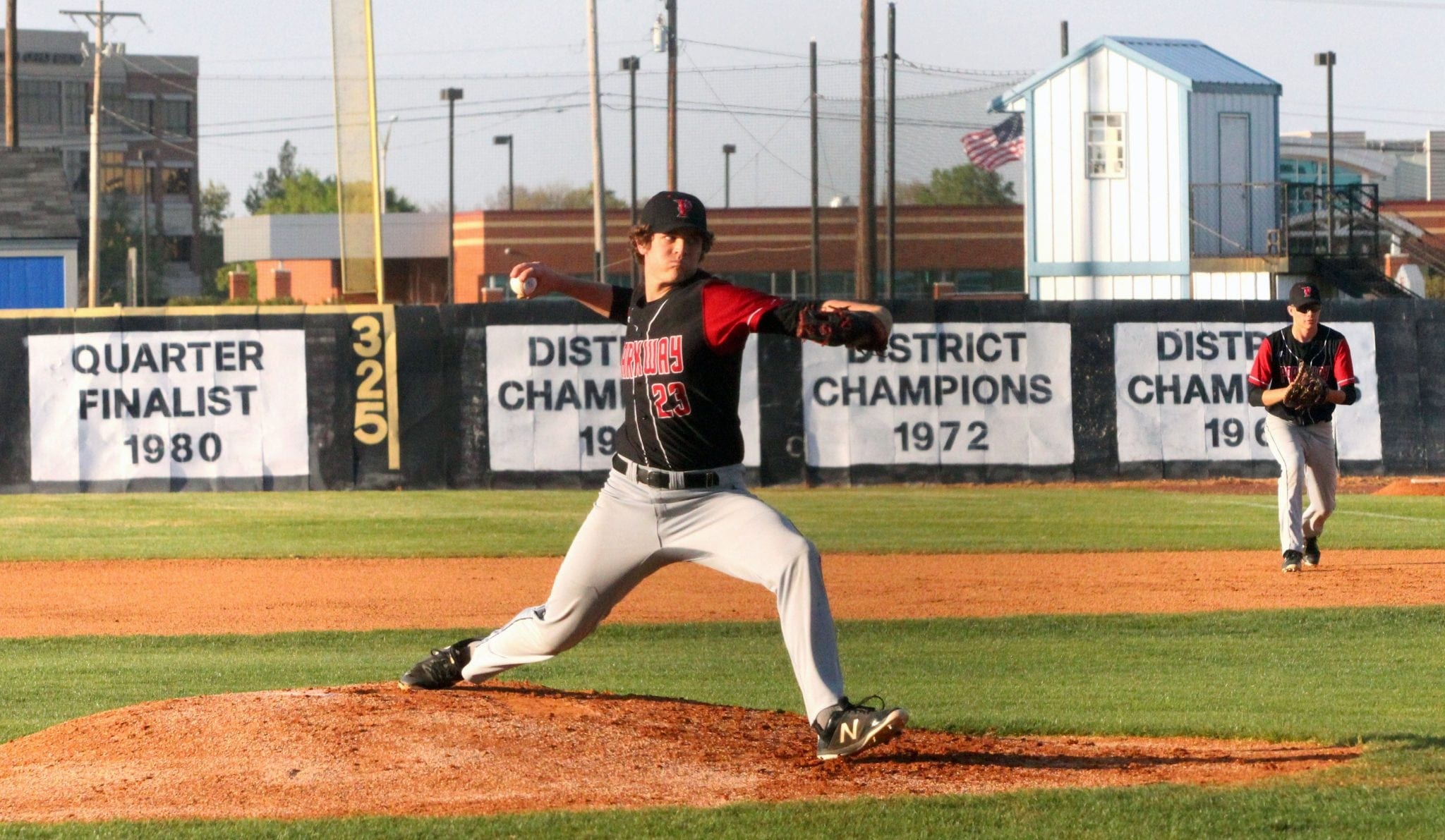 The Parkway Panthers edged the Airline Vikings 3-2 in nine innings in a District 1-5A pitchers’ duel Thursday at Airline.

Elsewhere in District 1-5A, Haughton defeated Byrd 6-5 at Byrd’s field at LSUS, completing the two-game sweep of the Yellow Jackets.

In the other 1-5A game Thursday, Evangel Christian completed a sweep of Southwood 12-3.

In District 1-4A, the Benton Tigers defeated the Huntington Raiders 18-0 in three innings Wednesday.

At Airline, Parkway’s Matthew McKee and Bryson Connell both turned in outstanding performances on the mound.

The game went into extra innings tied at 2. Parkway’s Derious Bradford took advantage of a couple of Airline miscues to score the go-ahead run in the top of the ninth.

Airline got a one-out single by Will Tynes in the bottom of the inning but the Vikings couldn’t advance him.

Airline took a 1-0 lead in the bottom of the third thanks to a couple of Parkway errors.

Parkway’s Eric “EJ” Williams gave his team a 2-1 in the top of the fourth with a home run after Caleb Reese led off with a single.

The Vikings tied it in the bottom of the inning. Harrison Tauzin led off with a double, advanced to third on Jack Navalance’s sacrifice bunt and scored on Steven Lutterman’s groundout.

The Panthers threatened in the top of the seventh, getting a walk and single with one out. But Connell induced a popup and groundout to end the threat.

Airline had a chance to win it in the bottom of the eighth. Cole Broadway led off with a single, advanced to second on Jerry Couch’s sacrifice bunt and reached third on Hunter Hollis’ groundout. The Panthers intentionally walked two batters to load the bases. McKee then got a popup to right fielder Williams to end the threat.

Airline (7-11, 0-2) begins a two-game district series against Byrd at 1 Saturday at the Yellow Jackets’ LSUS field.

Parkway starts a two-game series against Evangel at 1 Saturday at Evangel.

At LSUS, Haughton’s Mason Simmons went 2-for-4 with an RBI. Jathon Patton also went 2-for-4. Peyton Stovall had a double and two RBI. Cameron Townsend drove in two runs.

CJ McWilliams got the win in relief. He didn’t allow a hit and struck out two in the final two innings.

Cade Thompson was hit by a pitch to start Haughton’s seventh. Lake Lowery, running for Thompson, advanced to second on Stovall’s sacrifice bunt. Lowery reached third on a groundout and then stole home for the go-ahead run.

Byrd put two runners on in the bottom of the inning via walks, but McWilliams struck out the final two batters.

At Benton, nineteen Tigers made plate appearances in the three-inning win over Huntington.

Tanner Timms and Cade Scott had two hits and two RBI each. Cody Norris and Daniel Halbert both doubled.

Benton improved to 12-8 overall and 3-0 in district. The Tigers return to action at 5 p.m. Tuesday with a non-district home game against Natchitoches Central.

NOTE: The above report is based on information on teams’ official GameChanger accounts and provided by coaches.