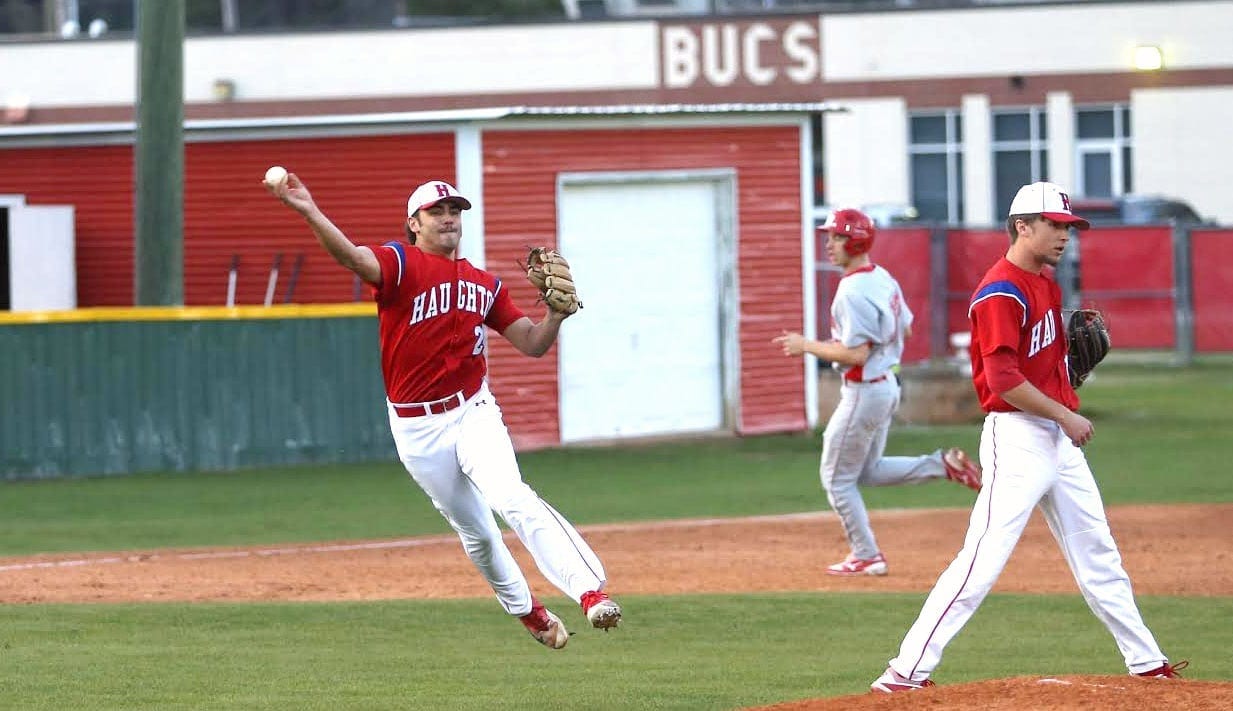 Parkway’s George Booras pitched a perfect game in a 10-0, six inning victory over defending Class 4A state champion Neville on Thursday at Parkway on the first day of Airline’s Jason Bland Memorial Tournament.

Booras threw just 48 pitches of which 37 were strikes. He struck out six. He induced six groundouts and six flyouts.

At Parkway, Caleb Reese went 3-for-2 with two doubles to lead the Panthers (8-1) at the plate.

Matthew McKee went 2-for-3 with a double. Amani Larry had two doubles and Eric Brown one.

Eric Williams smacked a two-run homer in the fifth inning. Parkway closed it out with four runs in the sixth.

At Haughton, Nick Heckman allowed three hits and one earned run in five innings. He also drove in two runs as the Bucs improved to 5-5.

Jathon Patton went 2-for-3 with an RBI. Kobe Jackson had a double and two RBI. CJ McWilliams had two RBI.

At Airline, Benton led 6-0 through six innings and then withstood a Southwood rally in the seventh.

Texas High scored four runs in the top of the fifth to break a 1-1 tie against Airline (3-8).

Will Tynes had the Vikings’ only two hits, including a double. Texas High also had just two hits but took advantage of three errors and eight walks.

Coleman Beeson pitched a two-hitter as the Bearkats improved to 2-3.