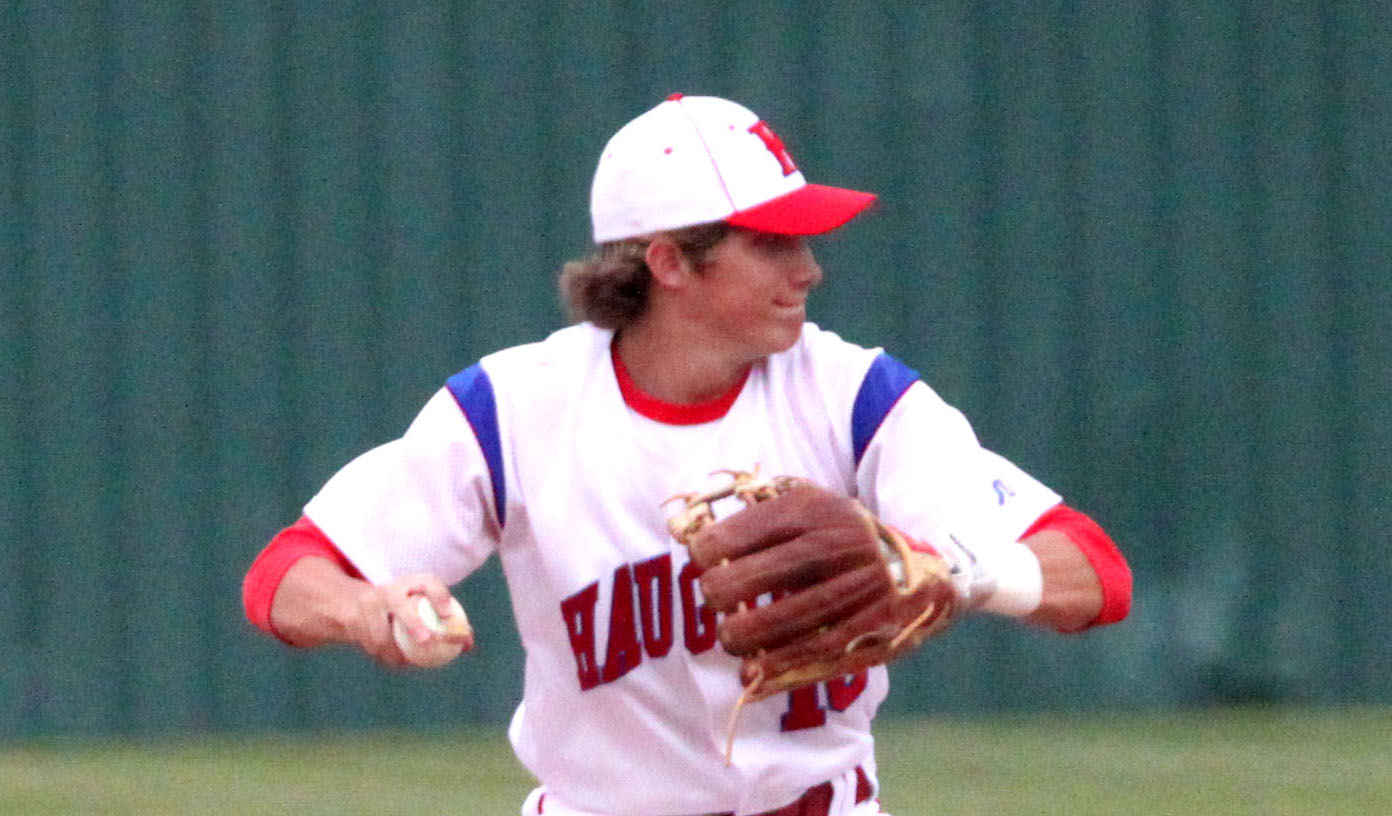 The Benton Tigers clinched at least a share of their third straight District 1-4A baseball title with a dramatic 8-4, eight-inning win over the Loyola Flyers on Saturday at Benton.
The Tigers (23-8, 10-1) have a chance to win the title outright Thursday against North DeSoto in their final district game. If the the Griffins (17-7, 8-2) defeat Loyola Tuesdasy, they cwill have a chance to grab a share of the title.
Elsewhere, the Airline Vikings closed in on a second straight District 1-5A championship by winning two of three against Captain Shreve. The Vikings (20-10, 10-2) lead Byrd (19-13, 8-4) by two games with three to play. Haughton (17-11, 7-5) and Captain Shreve (16-15, 7-5) are tied for third.
Airline can clinch a share of the title with a win in the opening game of their three-game series against Parkway, which hasn’t won a district game, Wednesday night at Parkway.
Haughton begins its final 1-5A series Wednesday at Byrd.
Here is a look at how parish teams fared last week.

Benton: The Tigers swept Fair Park 15-0 and 16-1. They also defeated Northwood 11-1 and Loyola.
The Loyola game was moved from Loyola’s field off Clyde Fant Parkway to Benton because of poor field conditions, so the Flyers were the home team.
Loyola scored three runs in the bottom of the sixth to take a 4-2 lead. Benton used singles from Aaron Sheppard, Wade Grubbs and Cameron Horton and a sacrifice fly from Jaret Gill to score two in the top of the seventh.
Benton got a big defensive play in the bottom of the inning.
The Flyers got back-to-back singles from Preston Lonadier and Austin Townsend with one out. Lonadier tried to advance to third on Townsend’s hit and was tagged out by Jaret Gill ton on a throw from right fielder Josh Scherer. Dillon Hostetler singled after that, advancing Townsend to third.
But Aaron Sheppard, who pitched all eight innings, got a flyout to end the inning.
Grubbs, Tanner Craft and Horton all singled in the four-run eighth. Taylor Ward was hit by a pitch and Taylor Ward had a sacrifice bunt.
Grubbs went 3-for-5 with two RBI. Horton also had three hits. Craft had two hits and two RBI. Ward and Sheppard had two hits each.
Tyler Stephens had a home run and double to lead the Tigers against Northwood. Horton and Branson Woodward both went 2-for-3 with doubles. Scherer had a double and three RBI. Craft scattered six hits and struck out four.
Horton went 2-for-2 with a home run and four RBI in Game 1 against Fair Park. Craft had two doubles and three RBI. Stephens went 2-for-3. Jake Norris had a two-RBI double. Gill also had a double. Scherer had two RBI. Aaron Thompson allowed one hit and struck out eight.
Gill and Austin Beck had doubles in the second game. Clayton Festavan had three RBI. Craft, Beck and Gill had two RBI apiece. Jackson Rutledge allowed one hit and struck out eight.
Benton closes out the regular season Saturday at Ouachita Christian.

Airline: The Vikings defeated Shreve 3-2 and 8-1 in the first two games of the series and fell 7-6 in the final one.
In Game 1, Shreve scored two runs in the top of the seventh to tie it at 2. Tanner Daniel’s one-out double put the winning run on second. After Daniel advanced to third on a wild pitch, Jacob James lined out to shortstop for the second out.
The Jackets then elected to intentionally walk Cameron Taylor and Peyton Davis to load the bases. Peyton Coker hit a grounder and the Jackets made an error that allowed Daniel to come home.
The Vikings scored their first two runs in the first. Taylor followed a Daniel single with a one-out double. Davis brought Daniel home with a single and Taylor scored on the throw.
Daniel led the Vikings at the plate, going 3-for-4. Davis had two hits. Andrew Lowe scattered five hits and struck out five for the complete-game victory. He did not walk a batter.
The Vikings raced to an early 6-0 lead in Game 2 with two in the first and four in the second. Kyle Backofen shut the Gators down, pitching a four-hitter. He struck out 12 and walked just one.
James went 3-for-3. Davis had two hits and two RBI. Ryan Phillips and Hayden Waxley also had two hits each. Adam Armstrong drove in two runs.
In Game 3, the Vikings jumped out to a 4-1 lead after two, but Shreve rallied with two in the fourth and four in the fifth. The Vikings got within one in the bottom of the seventh on Peyton Davis’ single but left runners at first and second.
Davis went 4-for-4 with two RBI. Jarrett Bamburg had two hits and two RBI. Airline starter Taylor allowed five hits and two earned runs in 4 1/3 innings. He struck out seven.

Haughton: The Bucs defeated Parkway 10-5, 11-4 and 7-2.
Haughton scored nine runs on seven hits in the second inning of Game 1. Twelve batters came to the plate. Tyler Davis and Keith Ramsey doubled. Jonathan Plant had two singles. Andrew Sewell, Seth Bradshaw and Seth Ryan also singled.
Plant went 2-for-4 with two RBI in the game. Sam Wallace went 2-for-3. Kirkland Seals had a double. Bradshaw had two RBI.
Triston Carmack got the win, allowing four hits and striking out seven in five innings.
In Game 2, the Bucs broke open a tight game with six runs in the sixth. Nick Heckman led off the inning with a triple. Bradshaw and Wallace had singles in the inning. Davis drove in a run with a sacrifice fly.
Heckman had a double to go with his triple. Wallace went 2-for-4. Ryan had a double. Bradshaw, Davis and Seals had two RBI apiece.
Heckman allowed just three hits in six innings.
In Game 3, Haughton erased a 2-1 Parkway lead with six in the bottom of the fourth.
Davis and Plant had bunt singles in the inning. Seals and Bradshaw also singled. Coltin McClain doubled. The Bucs also took advantage of a walk, balk anda Wallace sacrifice fly.
Plant had two hits, including a home run to give Haughton a 1-0 lead in the first. Bradshaw went 2-for-4 with a double. Seals had two RBI on his fourth-inning single.
Haughton starter Keith Ramsey went three innings. Reliever Austin Clemmens didn’t allow a hit in three innings. Wallace struck out the side in the seventh.

Parkway: The Panthers were swept by Haughton.
Bryan Day went 3-for-4 in Game 1. Jake Fayard allowed just three hits in 5 1/3 innings of relief. Derius Bradford and Peyton Donaldson had two hits each in Game 2.
In Game 3, Zach Hire, Chase Norcross and Cole Sharp had singles in the second inning as the Panthers took a 2-1 lead. Hire finished with two hits.