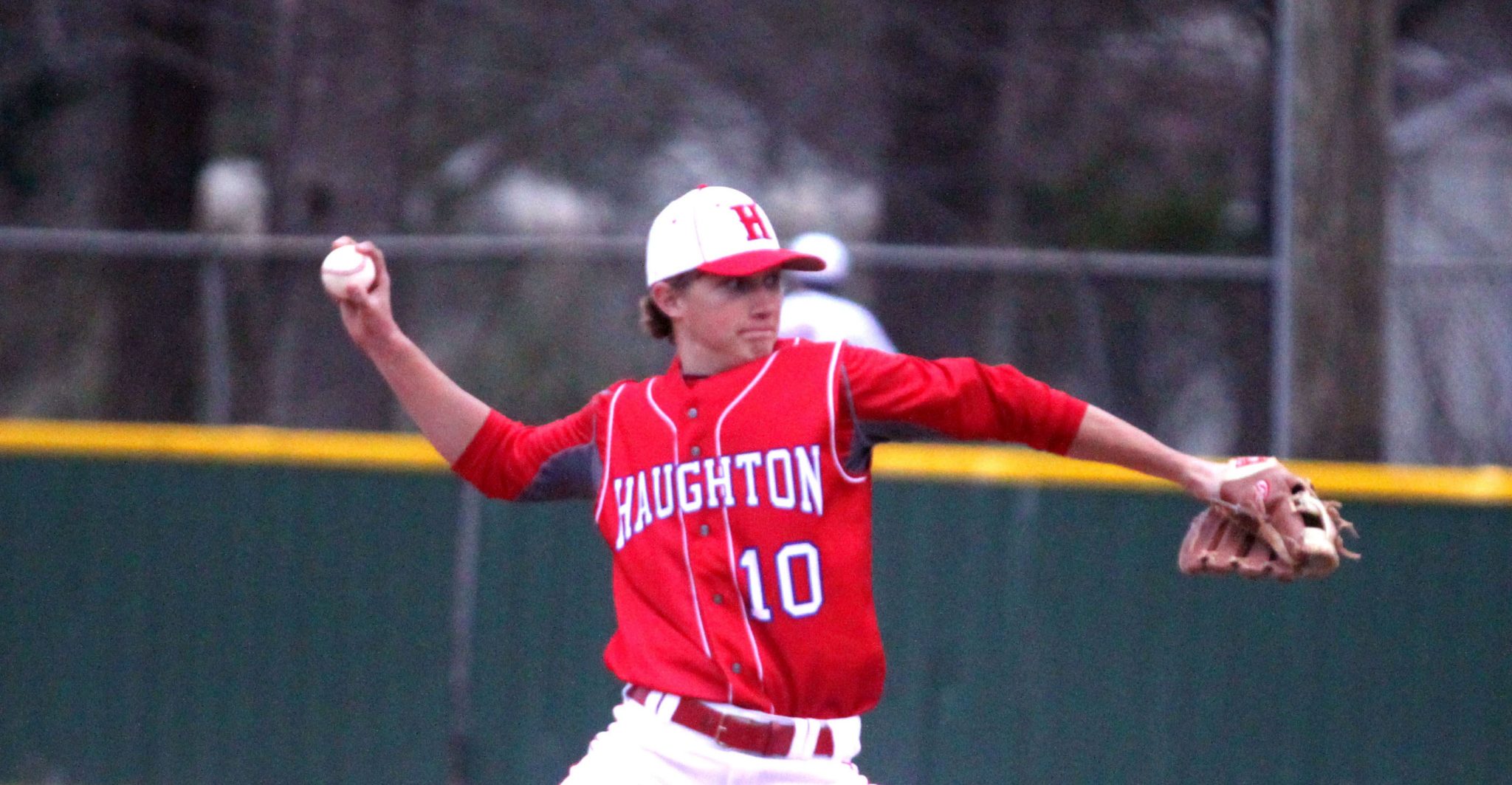 The Haughton Bucs were the only parish team to escape the first week of the high school baseball season unscathed, collecting three victories in Parkway’s Nathan George Invitational.
Four other parish teams also enjoyed some success to start the season.
Here is a look at how parish teams fared last week and a look ahead.

Haughton: The Bucs defeated Minden twice 14-0 and 10-3 and edged Benton 3-2.
Haughton scored two runs in the bottom of the seventh against Benton.
The Bucs got a strong pitching performance from Kirkland Seals, who allowed just one hit and struck out five in 5 1/3 innings. Trey Morris got the win in relief.
Sam Wallace, Triston Carmack and Seth Bradshaw had two hits each. Tyler Davis had the game-winning RBI.
Sam Wallace went 2-for-3 with a double in the 14-0 win over Minden. Davis had two hits and two RBI. Jeremiah Wilson and Seth Ryan had two RBI each.
Carmack allowed just two hits and struck out four in the five-inning game.
Andrew Sewell had three hits, including a double, in the 10-3 victory. Ryan had two hits, including a double, and three RBI.
Wallace had a double, and Coltin McLain drove in two runs.
Starter Keith Ramsey allowed just one hit in three innings.
Haughton is playing in a Monroe-area tournament starting Thursday.

Airline: The Vikings split four games in a tournament in Lafayette, but they weren’t that far from starting the season 4-0.
Airline dropped two games to Lafayette High, 9-4 and 5-3. In the first game, the Vikings led 3-2 after 5.5 innings, but Lafayette scored seven in the bottom of the sixth.
Ryan Phillips had two hits and Adam Armstrong doubled.
In the second game, Lafayette rallied from a 3-1 deficit with four unearned runs in the sixth. Cameron Taylor had two hits, including a two-run homer.
The Vikings defeated Crowley 9-4 and Acadiana 10-2.
Hayden Waxley went 2-for-4 with an RBI against Crowley.
Peyton Davis went 3-for-4 with two RBI against Acadiana. Taylor, Phillips and Tanner Daniel all had two hits.
Andrew Lowe allowed five hits and struck out nine in 6 2/3 innings.
Airline is headed to Monroe for a three-day tournament starting Thursday.

Parkway: The Panthers went 3-1 in the Nathan George Invitational and came close to going undefeated.
In their lone loss, defending Class 3A state champion Evangel scored three runs in the seventh to win 5-4.
Parkway also won in dramatic fashion, scoring two in the bottom of the seventh to defeat Benton 2-1. The Panthers also defeated Calvary 7-5 and North Webster 6-3.
Peyton Donaldson went 2-for-3, including a single in the seventh, and scored the winning run against Benton. Tyler Schilling allowed four hits in six innings and struck out seven. Zach Hire got the win in relief.
Chase Norcross went 3-for-4 with a double against Calvary. Ryan Black and Clayton Webb had two hits each. Austin Gardner got the win.
Carson Vaughn pitched a three-hitter with nine strikeouts against North Webster. Eight different Panthers had singles.
Parkway heads to Minden for a tournament starting Thursday.

Benton: The Tigers lost two tough games in the Nathan George Invitational, giving up one-run leads in the seventh in a 3-2 loss to Haughton and a 2-1 loss to Parkway.
Benton also defeated Calvary 9-8 and lost to Evangel 5-3.
Jackson Rutledge pitched six strong innings against Haughton, allowing just four hits. But the Tigers managed just two hits, including a double by Cameron Horton, and hurt themselves with five errors.
Benton’s run against Parkway came on a Branson Woodward home run. Tanner Craft and Horton had doubles. Clayton Festavan had a solid outing on the mound, allowing five hits and taking a shutout into the seventh.
Wade Grubbs had two of Benton’s six hits in the eight-inning win against Calvary. Woodward had a double, and Josh Scherer had two RBI.
Starter Craft allowed five hits in five innings. Aaron Thompson got the win in relief.
Craft went 2-for-3 with two RBI against Evangel. Horton had a solo home run. Aaron Sheppard allowed three hits and struck out six in 5 2/3 innings.
Benton gets another shot at Evangel on Thursday at Benton. The Tigers visit Captain Shreve Friday and play two games in the Monroe area Saturday.

Bossier: The Bearkats finished second in the Bossier Invitational, defeating Red Rivet 9-6 and Doyline 19-7 and falling to Quitman 15-3.
Brent Wroblewski and David Dunson had one RBI each against Red River.
Devon Smith went 3-for-4 with a double and three RBI against Doyline. Jayke Stewart had two doubles and three RBI. Dunson had two hits, including a double, and two RBI.
Derrick Jones had a double and three RBI. David Ginn had a two-RBI triple. Wroblewski also had a triple.
Bossier is playing in the North Caddo tournament starting Thursday.