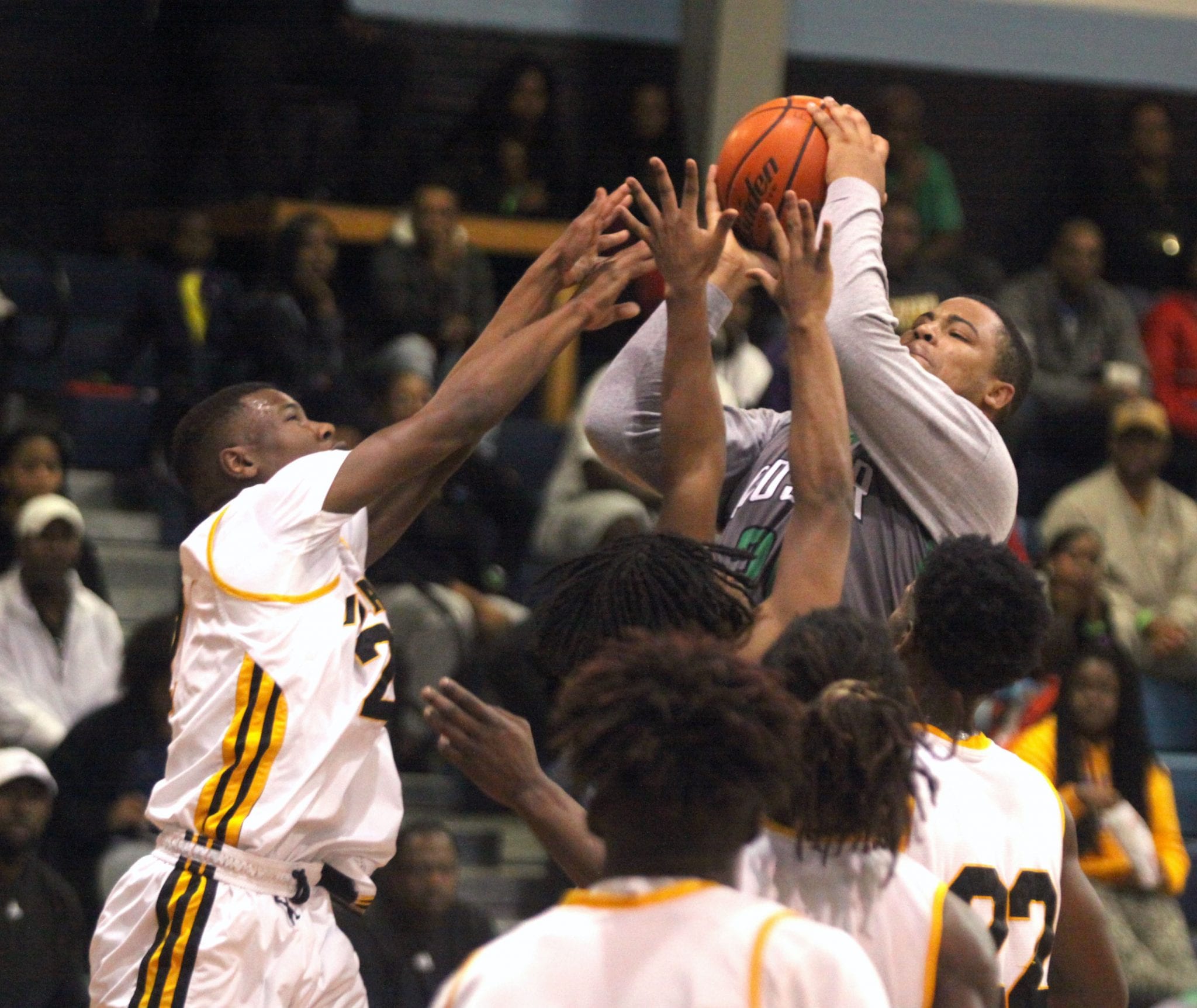 The Bossier-Airline game will be a rematch of a Nov. 29 game at Bossier won by the Vikings 64-62.

In the third-place games, Southwood faces Pineville at 2:30 (girls) and Huntington plays Fair Park at 4 (boys). In the consolation finals, Benton meets Woodlawn at 11:30 a.m. (girls) and Mansfield takes on Many at 1 (boys).

After the Huntington-Fair Park game, the Gold Dome will be cleared and then reopened for the finals. Admission is $6 for the early session and $8 for the championship session. A $10 ticket will get you into both sessions.

Airline exacted some revenge against Huntington. The Raiders won at Airline 74-65 on Dec. 13.

In that game, Huntington took control in the third quarter. It looked like that was going to happen again Thursday.

The Vikings led by two at the half, but the Raiders came out strong and took a six-point lead. Airline stayed in it thanks in large part to three 3-pointers — two by TJ Robinson and one by Fred Lemons. One of those cut a four-point Huntington lead to one with about 5 seconds left in the quarter.

The Vikings got the upper hand midway through the fourth quarter. They took advantage of a couple of turnovers on traveling violations and some missed 3-pointers to grab a five-point lead.

Bilbo, Trent Ivy and Louis Greenard were able to score inside or draw fouls. Greenard scored only five points but all of them came in the fourth quarter. Bilbo and Ivy also scored five each in the fourth.

The Vikings missed some free throws early in the quarter but made more than enough down the stretch.

Bossier also got a measure of revenge against Fair Park. The Indians defeated the Bearkats 36-33 in last year’s Doc Edwards title game.

Bossier got off to a good start Thursday. The Bearkats led 12-8 after the first quarter and 22-13 at the half.

Bossier took a 10-point lead into the fourth quarter. The Indians got within 36-32 but a 7-1 run pushed the the lead back to 10. Fair Park got as close as five late, but Bossier closed the game with a 5-0 run.

After three quarters dominated by defense, the Bearkats outscored the Indians 23-22 in the fourth. Bossier was 11 of 18 from the free-throw line in the period.

Emily Ward led the Lady Tigers with 20 points and Qua Chambers added 13. Benton lost to Shreve 43-41 in the first round Tuesday, the Lady Gators’ closest game in the tournament.