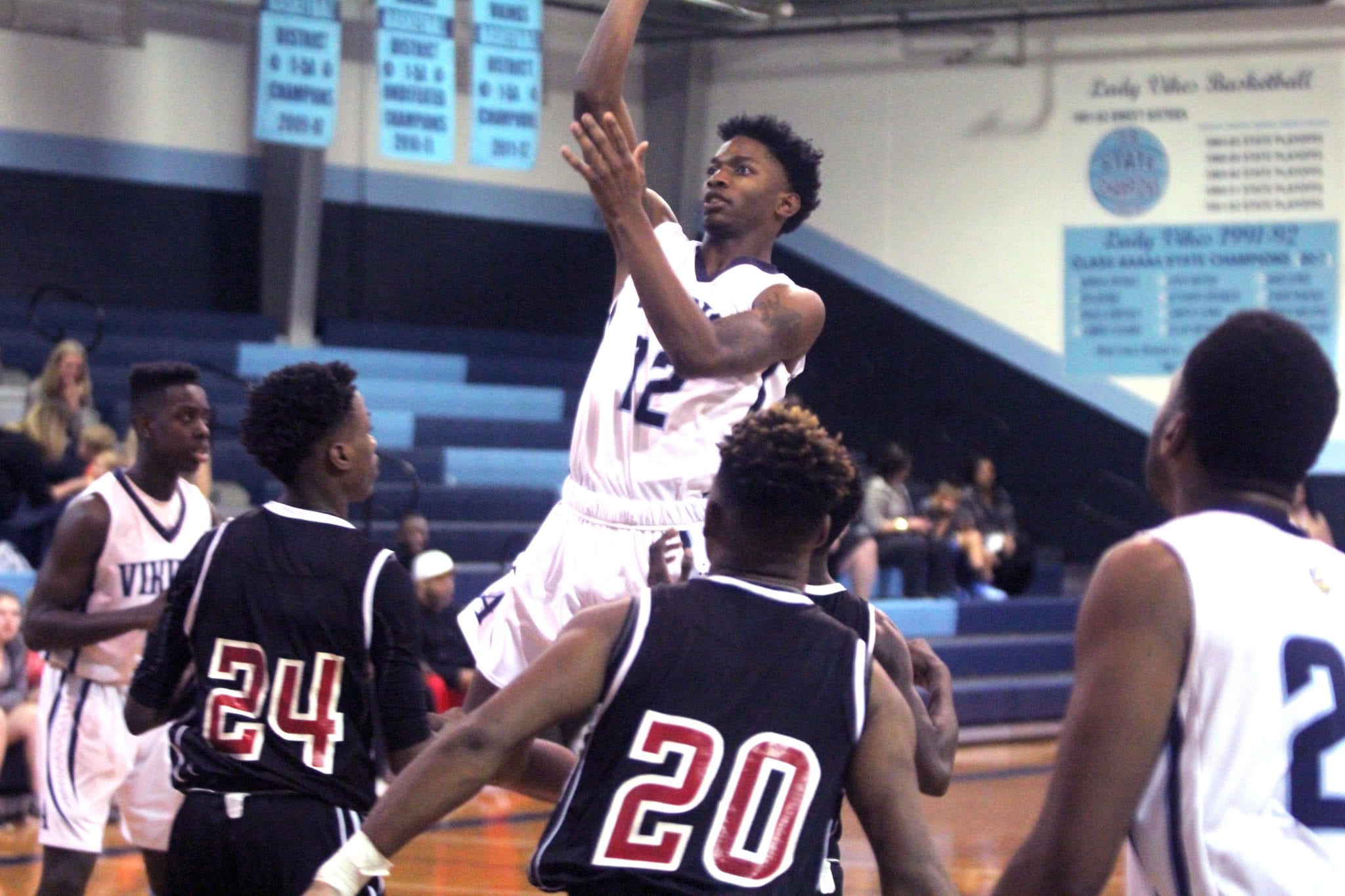 The Bossier Bearkats and Airline Vikings advanced to the boys semifinals of the Willis-Knighton Doc Edwards Invitational basketball tournament with victories Wednesday.

Airline took control against Plain Dealing in the final three minutes of the third quarter. The Vikings led 31-27 at the half and then went scoreless for the first four minutes of the second half.

Airline finally broke the drought and led 37-36 with 2:40 left in the period. Sparked by a strong defensive effort, the Vikings closed the quarter with a 13-2 run.

Bossier was on top of its game against Parkway from the outset. Playing their usual stifling defense and dropping 3-pointers, the Bearkats raced to a 16-6 first-quarter lead. By halftime it was 33-13.

The Bossier-Southwood girls game was tight most of the way. The Lady Cowboys led by two at the half and three going into the fourth quarter.

Airline and Benton advanced to the girls consolation semifinals. The Lady Vikings downed Byrd 50-45 and the Lady Tigers routed Northwood 53-19.

Ladayjah Means and Keke Marshall paced Airline with 12 and 10 points, respectively. The Lady Vikings had balanced scoring as Traciona Russell and Makayla Bendaw both tossed in eight.

In Thursday’s semifinals at Benton High, Airline plays Woodlawn at 4 and Benton meets Parkway at 7.

In the boys consolation semifinals at Benton, Green Oaks plays Mansfield at 5:30 and Many faces Southwood at 8:30.