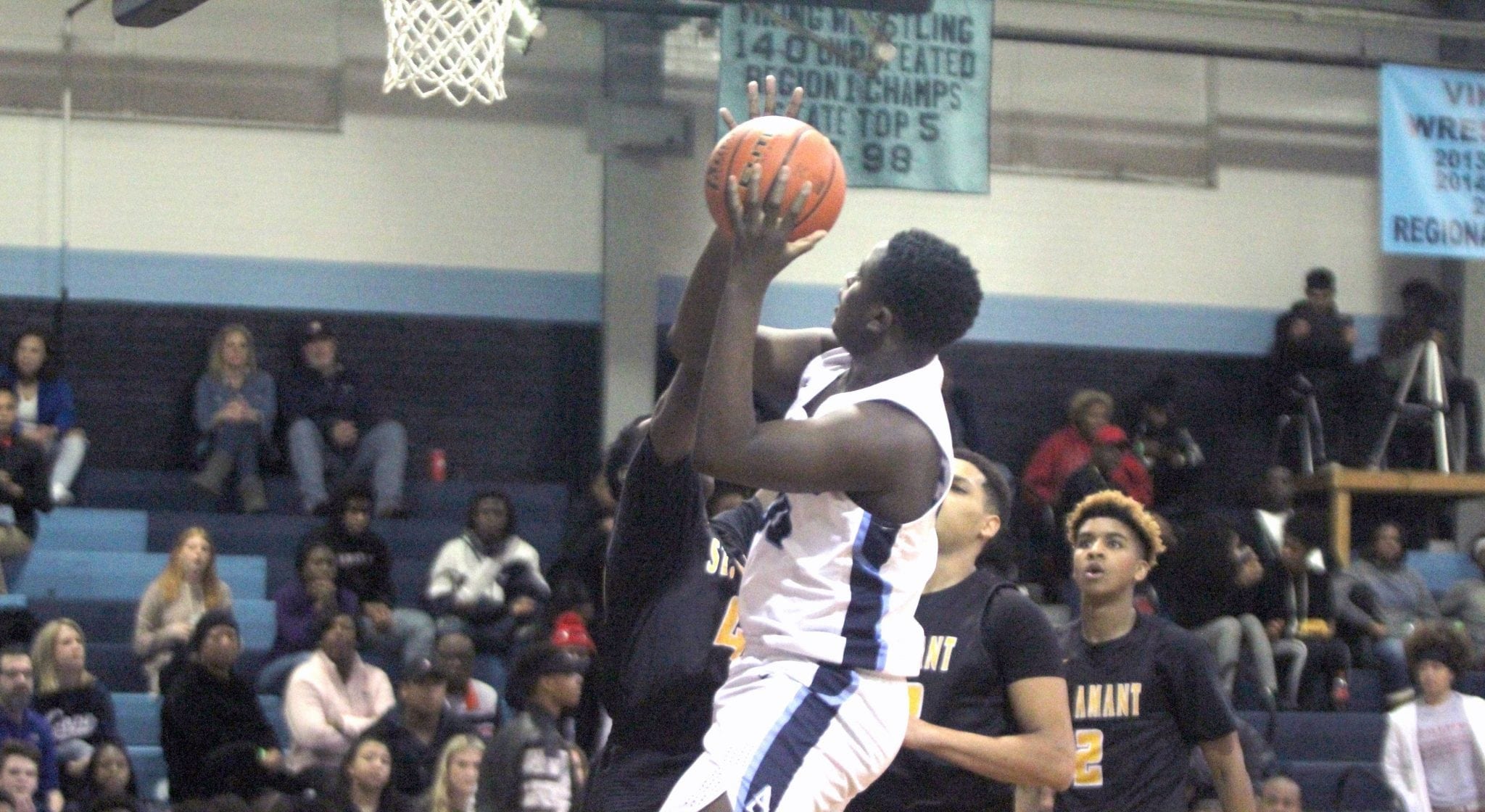 The St. Amant Gators buried nine 3-pointers en route to an 82-62 victory over the Airline Vikings in the boys championship game of the Willis-Knighton “Doc” Edwards Invitational on Saturday night at Airline.

It was Airline’s second straight runner-up finish in the tournament.

Jimmie Pittman nailed three of his five 3-pointers and scored 13 points as the Gators took an 18-11 lead after the first quarter.

Sparked by TJ Robinson, Airline stayed within striking distance in the second quarter. Robinson sank six-of-six free throws and scored nine of his 17 points in the quarter.

St. Amant’s KJ Franklin matched Robinson with nine of his game-high 24 points and the Gators led 36-27 at the half.

Franklin, named the tournament’s MVP, came out hot in the third quarter, knocking down three 3s. The Gators extended the lead to 62-43 going after three quarters and the Vikings weren’t able to make a serious run in the fourth.

Airline had trouble making shots from inside and outside. The Vikings only had 16 field goals. Five those were 3-pointers.

Pittman and Gibson made the all-tournament team along with Ivy and teammate Jon Jenkins.

It was not a great day overall for parish teams.

Parkway fell to Red River 70-53 in the boys third-place game. Benton lost to Booker T. Washington 69-64 in the consolation finals.

Zane Elmore led Parkway (7-6) with 10 points. Bryce Roberts chipped in with nine with all of those coming in the fourth quarter.

Jontavious Johnson scored 14, including 12 in the second half. Cameron Robinson added 10.

Benton trailed by eight going into the fourth quarter. Harding scored 12 of the Tigers’ 29 points in the fourth.

But the Lions almost always had an answer. Letreveon Jones scored 10 of his 19 points in the fourth. Leon Chambers scored eight of his game-high 27.

The Minden Lady Tiders rallied from a double-digit deficit in the fourth quarter to defeat North Caddo 64-60 in overtime in the girls championship game.

Behind the play of Bre Rodgers, Minden cut a Lady Rebels’ 12-point lead to three in less than two minutes.

North Caddo took a three-point lead with 5.2 seconds remaining. But Minden’s Whitney Aubrey was fouled shooting a 3-pointer from the baseline with .1 seconds left. She sank all three and the game went into overtime tied at 53.

Destiny Rice had a huge game for North Caddo, pouring in 37 points. Jadah Martin added 21. The duo accounted for all but two of the Lady Rebels’ points.