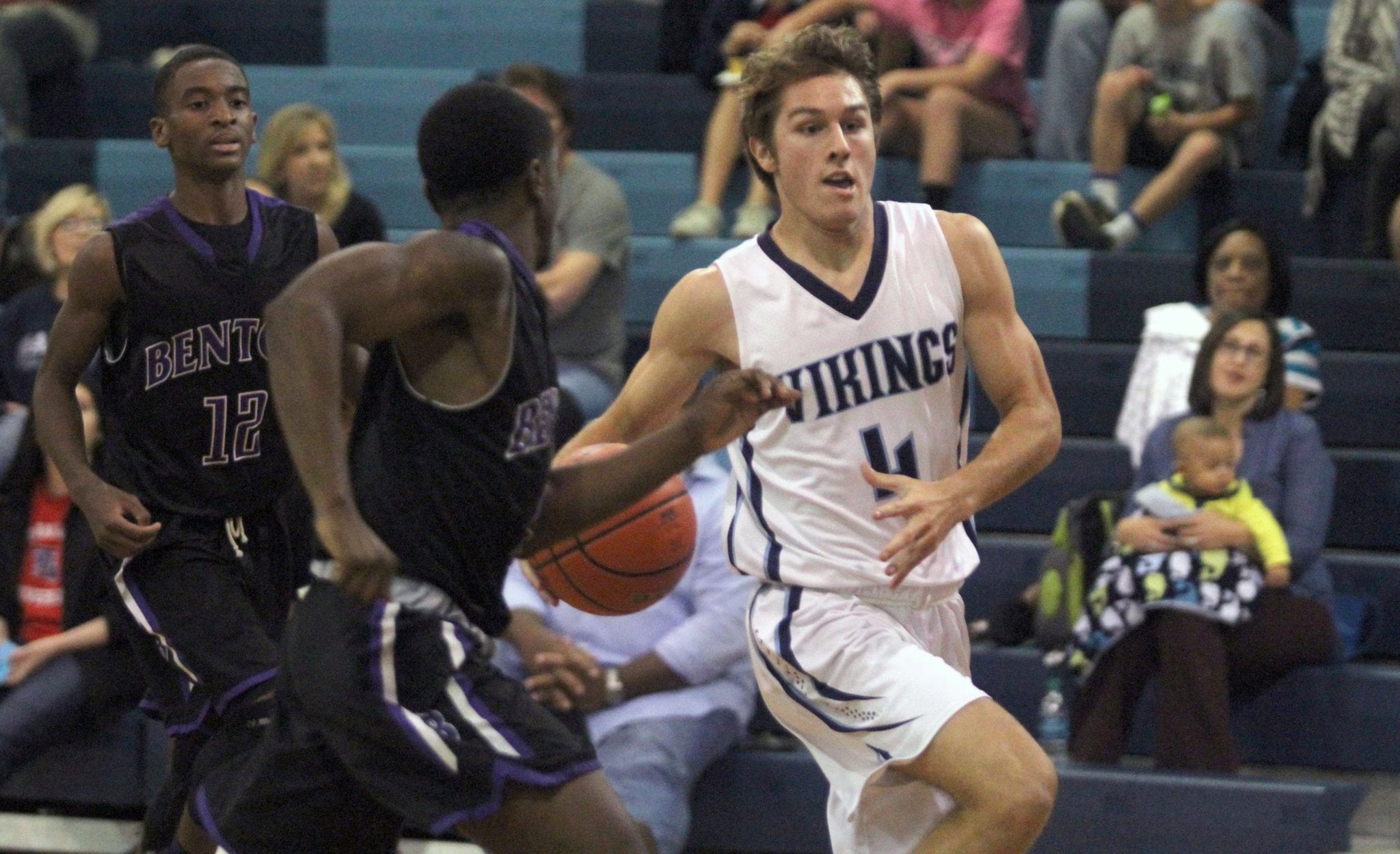 The Lady Vikings rallied from a 9-point, fourth-quarter deficit for a 48-43 overtime victory. The Vikings led from the start en route to a 69-52 victory.

Defending Class 4A boys state champion Bossier opened its season with a 58-24 victory over Captain Shreve on the first day of the metroPCS Battle of the Hardwood Classic at Shreve.

In a girl game, Bossier fell South Beauregard 67-56 in Longville. In the Don Stahl Invitational tournament at Lakeside, the Haughton Lady Bucs fell to Minden 60-52.

At Airline, the Vikings got balanced scoring in the victory. Kaeon Chapple scored 15 points. Trent Ivy and Louis Greenard had 14 each.

Airline (2-0) led by 10 at the half and then put the game away with a 23-8 third quarter, getting numerous fast-break layups off turnovers.

In the girls game, Benton led 43-34 with 5:07 left in the fourth quarter. But the Lady Tigers went cold the rest of the game with several shots rolling off the rim and out.

Benton also struggled at the free-throw line throughout the game. The Lady Tigers got to the line 36 times but made just 14. Airline was five of 13.

Taking advantage of Benton’s shooting woes and forcing some turnovers, the Lady Vikings rallied and tied the game at 43 with 2:28 left. Both teams had several chances to win but the shots wouldn’t fall.

Zahria Lloyd hit a big 3-pointer in the fourth quarter, her fourth of the game. Traciona Russell and Makayla Bendaw hit baskets in overtime.

At Shreve, Tyrese English hit six 3-pointers and scored 27 points to lead Bossier to the victory. The Bearkats led just 21-15 at the half before pulling away.

Bossier faces Tyler, Texas, Robert E. Lee at 7 p.m. Friday at Huntington on the second day of the Battle on the Hardwood Classic.

Haughton (1-2) picked up its first victory of the season Wednesday on the tournament’s first day, defeating Haynesville 36-33. Myers led the Lady Bucs with 12 points.

The Lady Kats trailed by just three going into the fourth quarter.

Bossier faces Nacogoches, Texas, at 5:40 p.m. Friday at Huntington in the Battle on the Hardwood Classic.