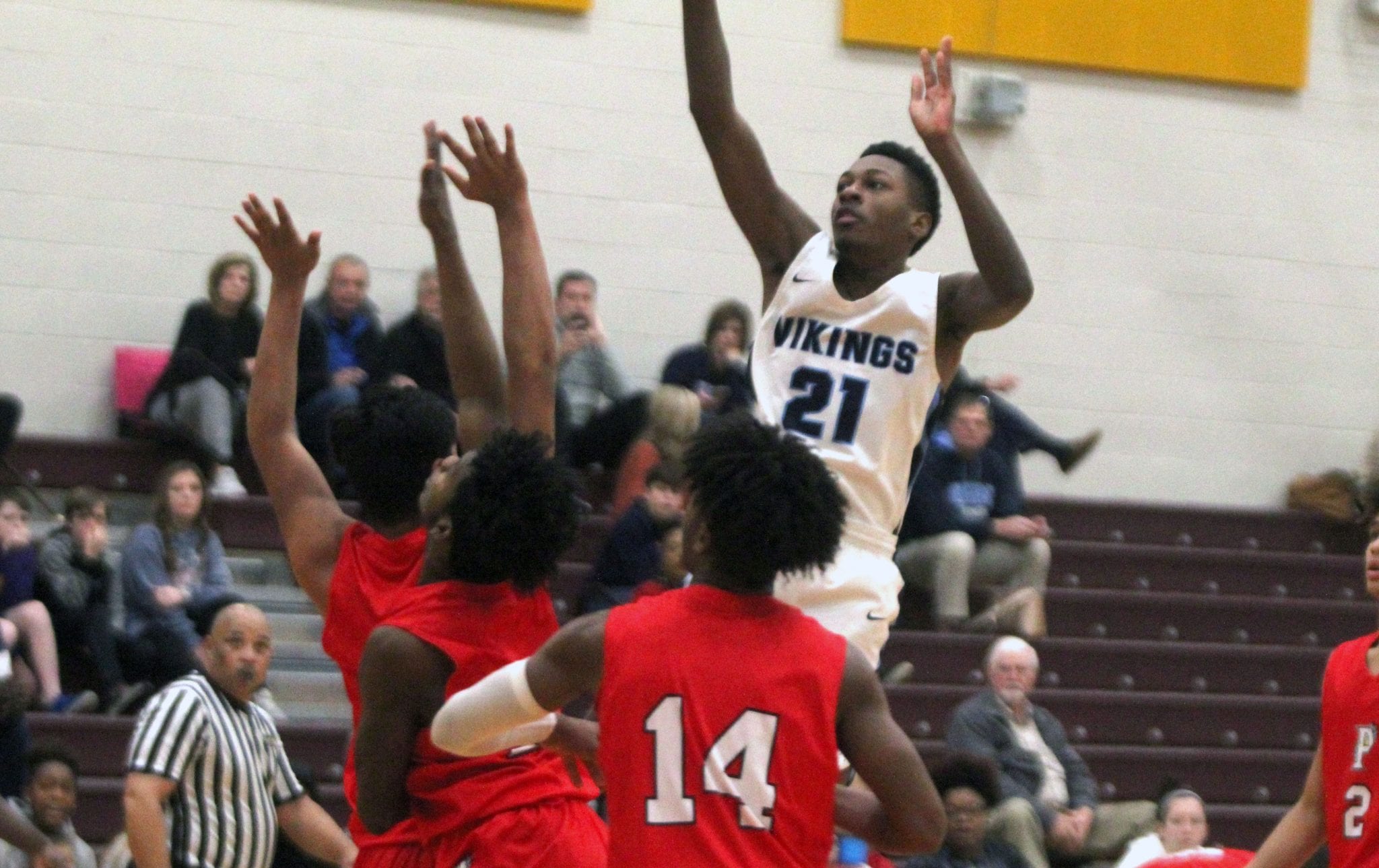 The Airline Vikings withstood a furious Parkway rally in the second half and pulled away late to defeat the Panthers 56-50 Saturday in the ‘Doc’ Edwards Invitational boys consolation finals at BPCC.

The Benton Lady Tigers (19-2) and Airline Lady Vikings (9-11) will face off in the girls third-place game at 4 p.m. Saturday at Airline.

In Saturday morning’s semifinals, Benton fell to Minden 50-44 at Benton and Airline lost to North Caddo 62-42 at Airline.

At BPCC, Airline led by as many as 15 points in the third quarter. But Parkway fought back, going on a 9-0 run midway through the fourth quarter to tie it at 45 with 2:40 left.

Randle scored to put the Vikings back on top 47-45. Parkway’s Joey Wiggins scored inside to tie it with 1:30 left. He had a chance for a three-point play but missed the free throw.

Airline then went ahead for good on a basket inside the lane. The Vikings extended the lead to four before the Panthers cut it back to two, 51-49, with 33.7 seconds left.

Airline went up by four again and Parkway couldn’t answer.

Randle came up big down the stretch. He sank five of six free throws and scored seven points in the fourth quarter. Bilbo made a couple of baskets, and TJ Robinson sank a pair of free throws.

The Panthers hurt themselves at the free throw line in the fourth quarter, making just six of 13.

At Benton, the Lady Tigers rallied from a 19-point third-quarter deficit but couldn’t quite come all the way back.

Gilbert and Powell hit two 3-pointers each in the third quarter and Minden led 44-28 going into the fourth. Wainwright sparked Benton’s fourth-quarter rally with nine points.

Larry poured in 21 to lead Parkway. Roberts added 14 and Wiggins 11.

Dylan Slaid scored 19 points to lead Benton past Minden. Ross chipped in with 12 and Yarbrough had nine.

The Tigers rallied from a 37-31 deficit after three quarters to send the game into the first overtime tied at 53. Each team scored six points in the first overtime, and Benton outscored Minden 6-3 in the second.

Ward paced Benton with 22 points, including eight in the third quarter. Chambers scored 11 of her 16 points in the fourth. Jada Anderson added nine points.

Hampton tossed in 13 points and Toria Brocks 12 in Airline’s win.