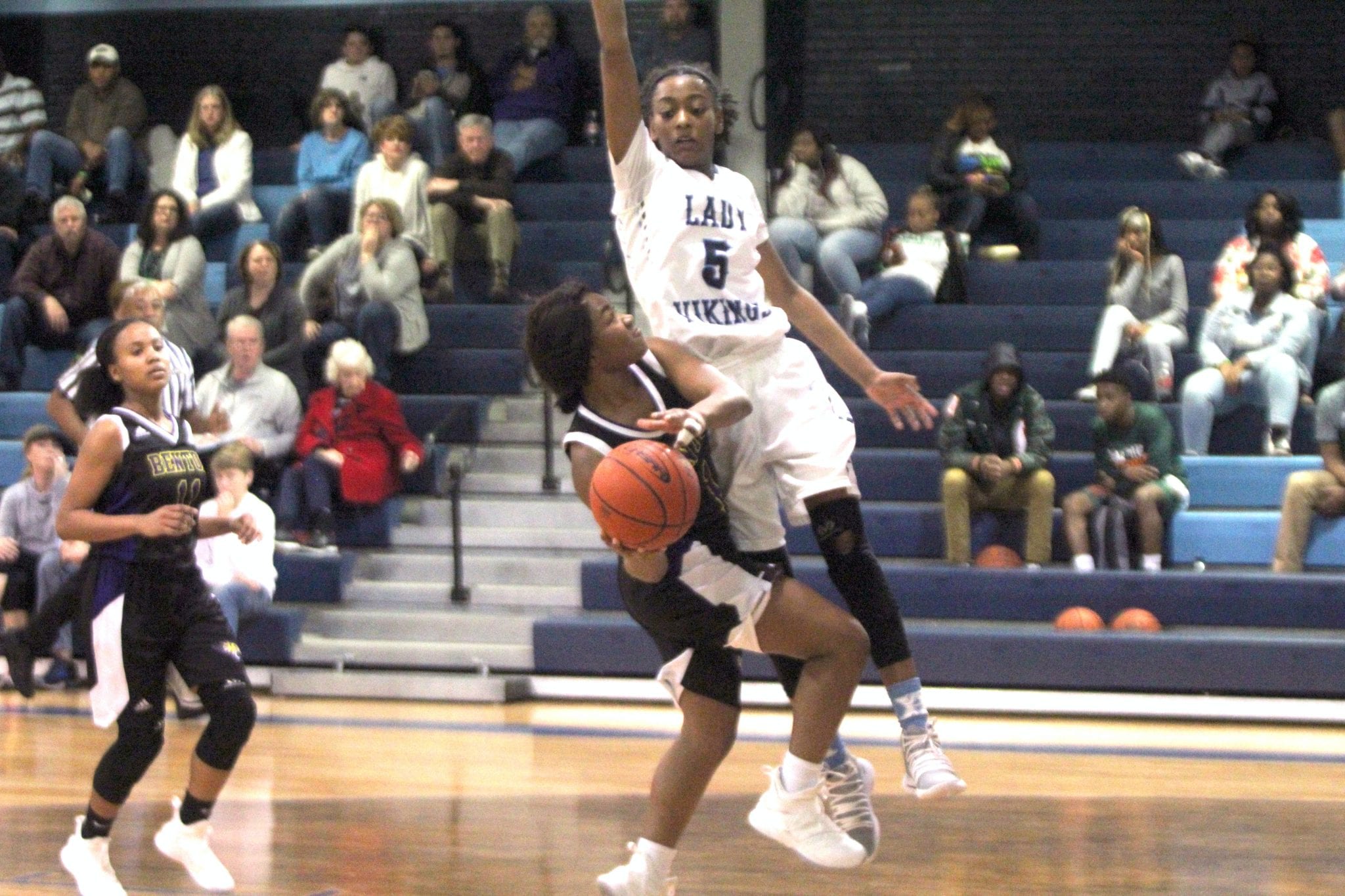 After a disappointing loss to Minden in the morning semifinals, the Benton Lady Tigers rebounded with a 70-38 victory over the Airline Lady Vikings on Saturday afternoon the girls third-place game of the “Doc” Edwards Invitational at Airline,

For the second time this season, the Lady Tigers scored 60 or more points in a half. Benton led 33-6 after the first quarter and 60-14 at the half.

The Lady Tigers lost to Minden 50-44 in the semifinals, and at least they can say they were knocked out by the champions. Benton will have another shot at the Lady Tiders when they face off in their first of two District 1-4A games Jan. 11 at Benton.

Minden defeated North Caddo for the championship for the second year in a row. Last year, the Lady Tiders won 64-60 in overtime. Saturday’s title game went to double overtime with Minden winning 75-68.

The Lady Tiders got off to a terrible start and trailed 12-2 after a quarter. North Caddo (15-2) led 28-16 at the half and 33-26 going into the fourth quarter. Minden came all the way back in the fourth and the game went into overtime tied at 44.

Both teams had no trouble scoring in the first five-minute overtime which ended with the score knotted at 58. The Lady Tiders then outscored the Lady Rebels 16-10 to secure the title.

Red River, a Class 2A team, won the boys championship with a 57-44 victory over Class 5A Denham Springs.

The Bulldogs (18-2) got off to a great start, outscoring the Yellow Jackets 22-3 in the first quarter. Red River maintained the big lead and went into the fourth quarter on top 48-31.

Zarius Lewis poured in 37 points to lead Lakeview (20-4) to an 87-78 victory over Huntington in the boys third-place game.

Dajerious Jackson and Javari Williams paced Huntington (11-5) with 12 points each.

The Bossier boys split games Friday and Saturday in the Madison Prep boys tournament in Lafayette.

Madison Prep, which hit eight 3-pointers, was led by Jahein Spencer with 24 points.