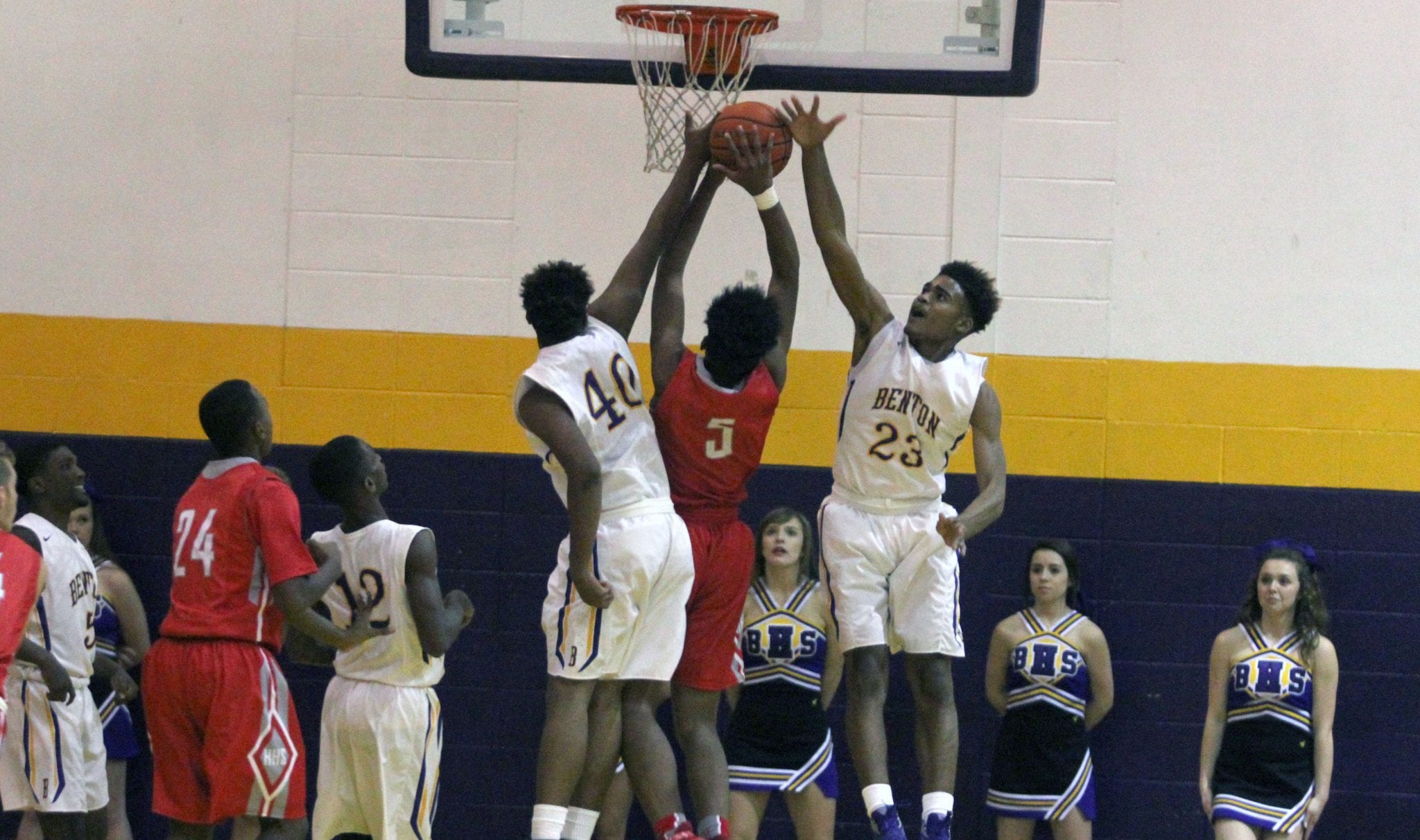 In another girls opener, Bossier pulled away in the fourth quarter for a 62-50 victory over Captain Shreve at Bossier.

At Benton, Jalen Harding poured in 29 points to lead the Benton boys to the victory. The Tigers had three other double-figure scorers — Jessie Little (14), Lateek Glasco (12) and Jerriyun Lawrnece (10).

Benton got off to a fast start and led 17-4. The game was fairly even after that, but the Tigers kept the Bucs at bay, never allowing them to get closer than nine points.

Benton led 62-45 with a little more than four minutes to play, but Haughton avoided a blowout with 3-point shooting. The Bucs hit 10 in the game, led by Deane’s three. Benton had three in the game.

The Lady Tigers held the Lady Bucs to just six points in the third quarter and led by 15 going into the fourth. Haughton got as close as four in the fourth quarter, but Ward and Chambers hit baskets in the final two minutes to help Benton extend the lead.

The game was tight most of the way with Bossier leading 28-26 at the half and 41-40 going into the fourth quarter.