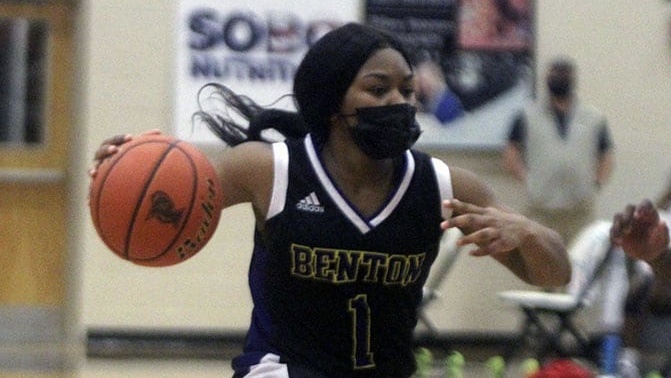 By the LSWA and Staff Reports

Benton fell to fellow District 1-5A member Captain Shreve 50-39 in the title game. Shreve’s Keith Greene, who guided the Lady Gators to their second championship in three years, was named Coach of the Year.

Parkway sophomore Mikaylah Williams, who shared MVP honors with Anderson on the All-Parish team and was the 1-5A MVP, was named honorable mention. Parkway senior Sh’Diamond McKnight was also honorable mention along with Airline’s Kori Rice and Toria Brocks.

Senior Darius Young of District 1-5A champion and state runner-up Natchitoches Central was named to the boys first team. He averaged 21 points.

Will Allen, a 6-foot-8 senior from Bonnabel who averaged 23.8 points and 15.1 rebounds, was named the Outstanding Player.

Jonathan McClinton, who guided Zachary to its first state championship since 1944, was named Coach of the Year.