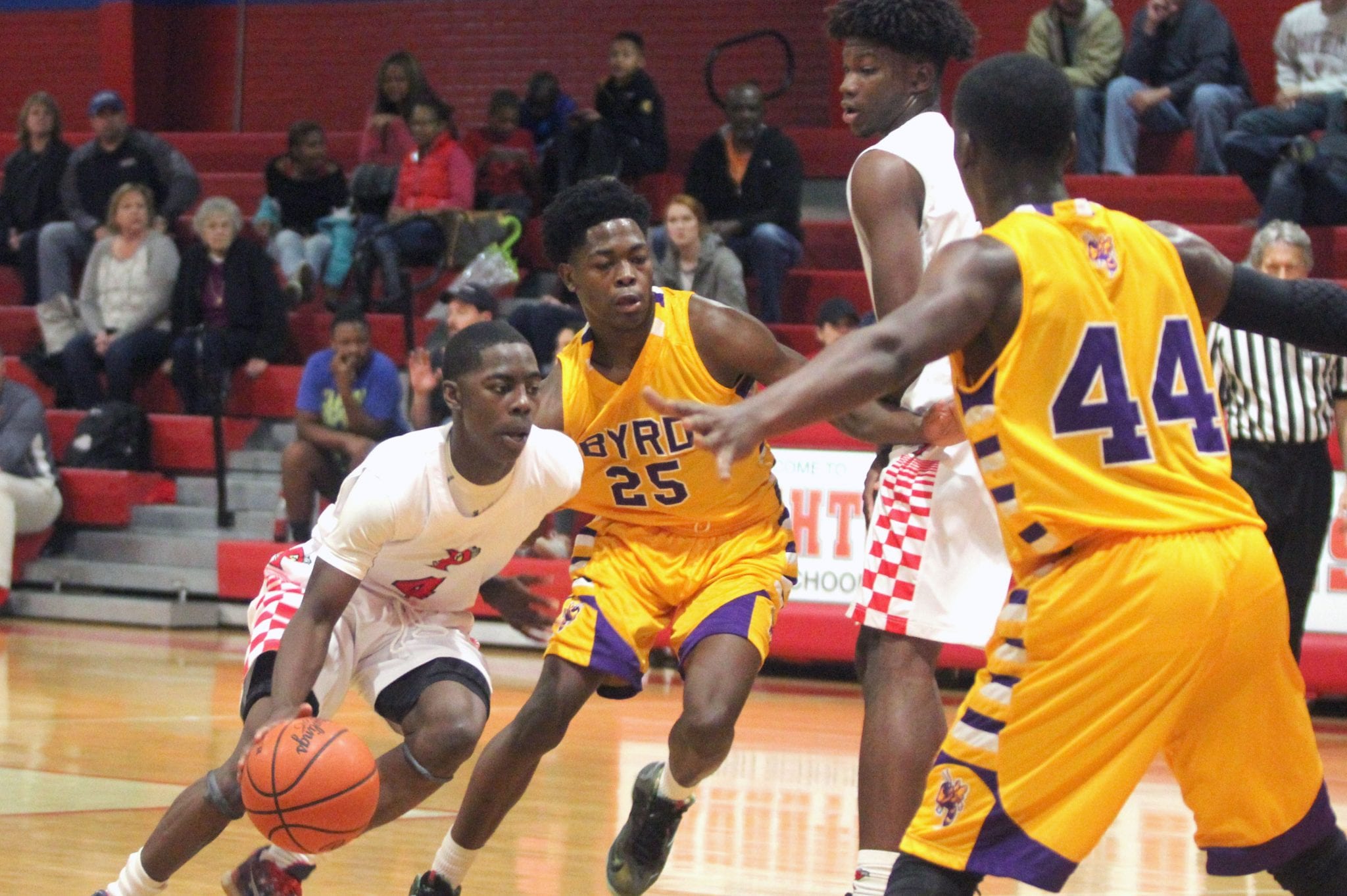 The Parkway Panthers used a big fourth quarter to defeat the Byrd Yellow Jackets 55-46 in the boys championship game of the Haughton Jack Clayton Invitational on Saturday afternoon at Haughton.

Trailing 37-35, the Panthers started the final period with a 10-0 run. The Yellow Jackets didn’t score for the first five minutes of the quarter, finally hitting two free throws to cut the Panthers lead to six.

It never got closer after that. All told, Parkway outscored Byrd 20-9 in the fourth.

Terrace Marshall Jr. scored seven of his game-high 25 points in the quarter, including a big 3-point play. Marshall, Rogers and Kamren Davis controlled the boards.

Rogers also had a basket off a rebound and a three-point play in the fourth.

Marshall hit 3 3-pointers in the first half and scored 18 points. Several times when it looked like the Yellow Jackets might get the upper hand Marshall answered.

Phillip Stewart was the only Byrd player in double figures with 21 points. No other Yellow Jacket scored more than seven.

Captain Shreve defeated Haughton 98-33 in the girls championship game. The Lady Gators improved to 6-2, and the Lady Bucs dropped to 3-5.

Minden won the boys consolation title with a 53-34 victory over Calvary Baptist.

Ruston won the girls consolation title in unusual fashion. The Lady Bearkats were up big on Lakeside at the half when a power outage occurred. Coaches from both teams and tournament officials agreed to call the game at that point.

It took about 40 minutes to restore power.

Emily Ward scored a season-high 29 points against Hammond. She also led the Lady Tigers with 18 against Denham Springs.