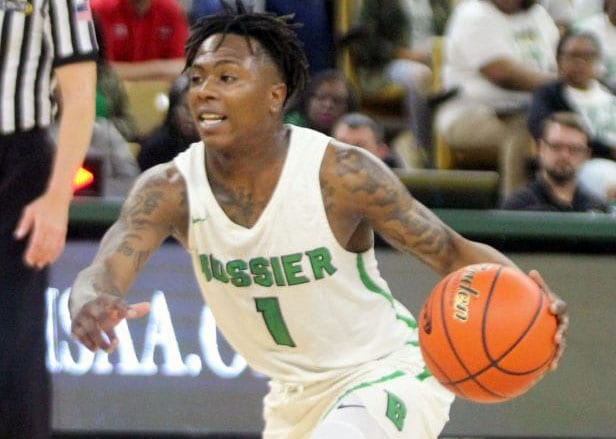 Decker averaged 19.7 points, 4.3 assists, 3.1 steals and 3.1 rebounds. He helped the Bearkats win the District 1-4A title and reach the Class 4A state title game.

Benton senior guard Emily Ward was named to the girls first team for the second year in a row.

Decker and Ward were named the MVPs on The Press-Tribune’s All-Parish team for the second straight year.

Bossier senior guard Kaalas Roots was named honorable mention on the boys team. Roots was seriously injured in a car accident early Friday morning and has been hospitalized since then.

According to a Monday update from Bossier coach Nick Bohanan, Roots’ condition has improved.

“When I got there (Monday), he was much more active, they have him on minimal assistance and pain meds,” Bohanan said in an email message. “He still hasn’t opened his eyes, but you could see him trying while we were in the room.”

DeRidder’s Dominique Davis, a 5-foot-7 guard who averaged 25.4 points per game, was named the Outstanding Player on the girls team. She is an LSU signee.

Chad Pourciau, who guided Breaux Bridge to the Class 4A state championship, was named boys Coach of the Year.

Valencia Wilson, who led Lee Magnet to a 34-2 record and the Division II state title, was named girls Coach of the Year.