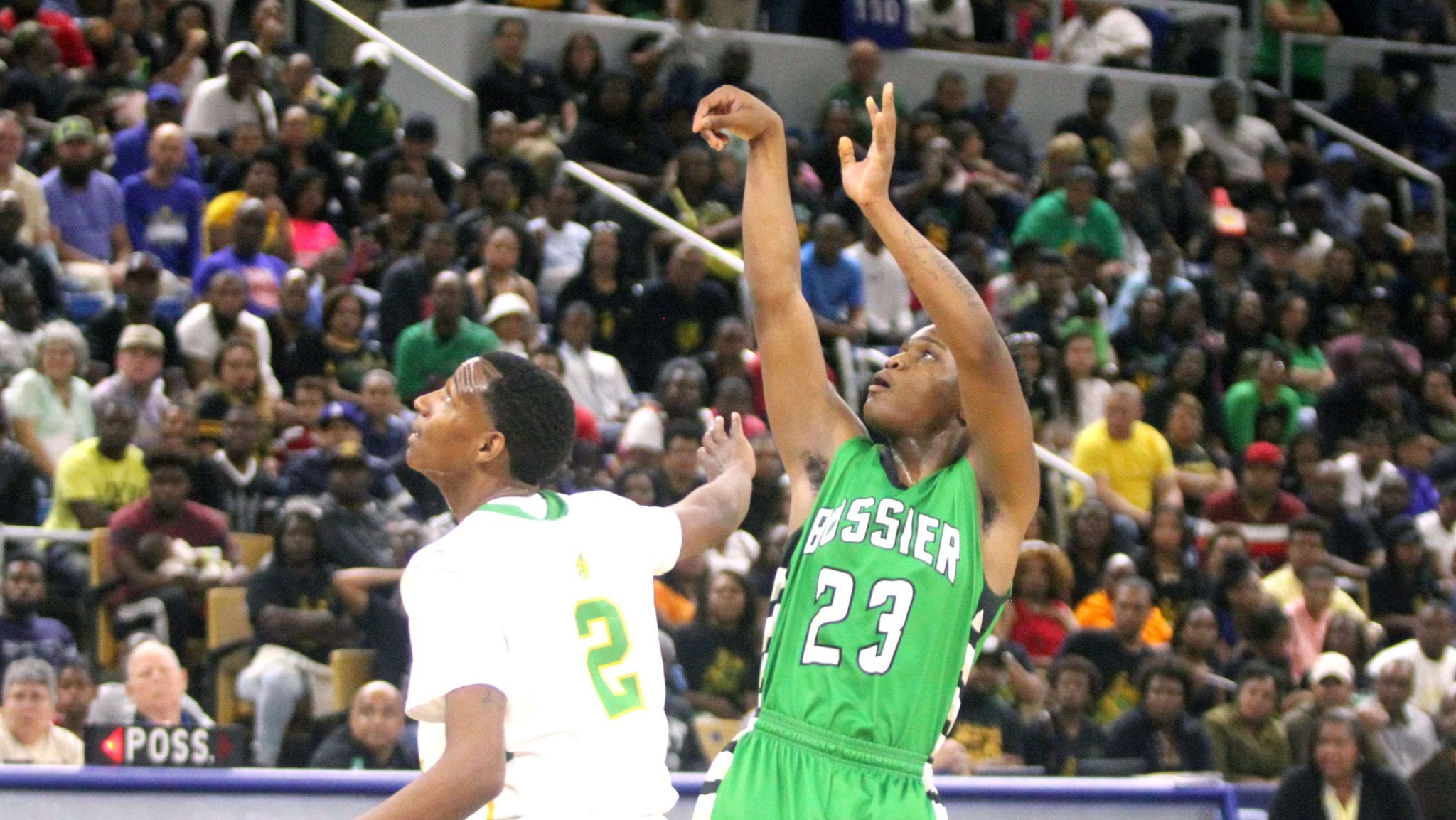 A rematch of the 2016 Class 4A boys state championship game caps the first metroPCS Battle on the Hardwood Classic Saturday night at the Centenary Gold Dome.

The Bossier Bearkats will face the Washington-Marion Chargin’ Indians at 8:30. Bossier won 42-39 in March in Lake Charles.

But before that, there will be plenty of basketball played in the three-day event, which begins Thursday at Fair Park, Huntington and Captain Shreve. Thirty-three boys and girls teams will be competing.

There are 40 games scheduled over three days in the event, which is sponsored by the Shreveport-Bossier Sports Commission and takes the place of the Fair Park Thanksgiving Classic.

The Bossier-Washington-Marion game is one of 10 scheduled for Saturday at the Centenary Gold Dome.

Tickets are $10 and three-day tournament passes are $20 and can be purchased at each gym location. Fans can also stop by Shreveport-Bossier metroPCS locations and pick up a $2 off coupon (one coupon per paid admission).

Bossier opens its season against the host Gators in the 8:30 nightcap Thursday at Captain Shreve. The Bearkats face Tyler (Texas) Robert E. Lee at 7 p.m. Friday at Huntington.

The only other parish teams competing are the Bossier and Plain Dealing girls.

The Lady Kats are playing just one game in the event againt Nacogdoches, Texas, at 5:40 p.m. Friday at Huntington.

Natchitoches Central takes on Destrehan at 11:30 a.m. Saturday at the Gold Dome in a rematch of last season’s Class 5A quarterfinals won by the Lady Chiefs 77-67.

Several of the same players who were in the Class 4A boys title game last year will be on the floor when Bossier takes on Washington-Marion Saturday night.