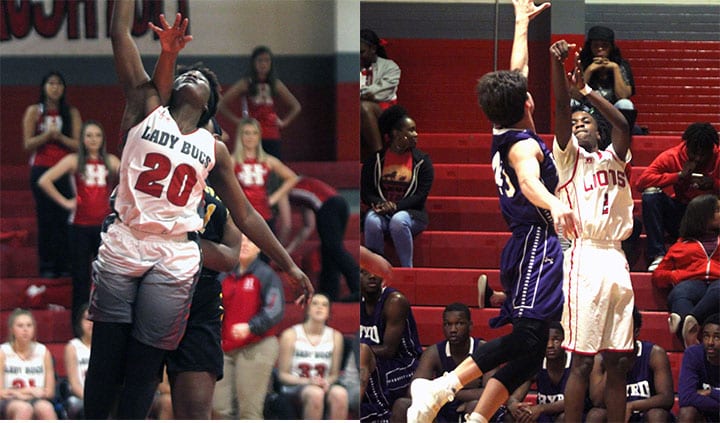 Plain Dealing, a Class 1A school, defeated Class 5A Byrd 55-43 in the boys championship game. The Lions (5-0) also knocked off Class 5A Haughton and Class 4A North DeSoto in the tournament. Their average margin of victory was 19.7 points.

Haughton routed Class 1A Haynesville 51-25 in the girls championship game.

Sophomore Darrien Perry scored 18 of his game-high 26 points in the first half as Plain Dealing built a 38-20 lead.

The Lions got back on track in the fourth. The Jackets scored just two points in the first five minutes and Plain Dealing extended the lead to 54-38.

Ja’kaleb McGee scored five of his 10 points in the fourth.

Taralyn Sweeney scored 21 points in Haughton’s championship game victory. The Lady Bucs led 18-12 at the half and then erased any suspense with a 28-3 run in the third quarter.

Zakharria Jones led Haynesville with 11 points. Marissa Tell added nine. Tell, who scored 33 and 32 points, respectively, in the Lady Tors’ first two tournament games, picked up three quick fouls and had four by the half.

Haughton improved to 6-4. Haynesville dropped to 3-3.