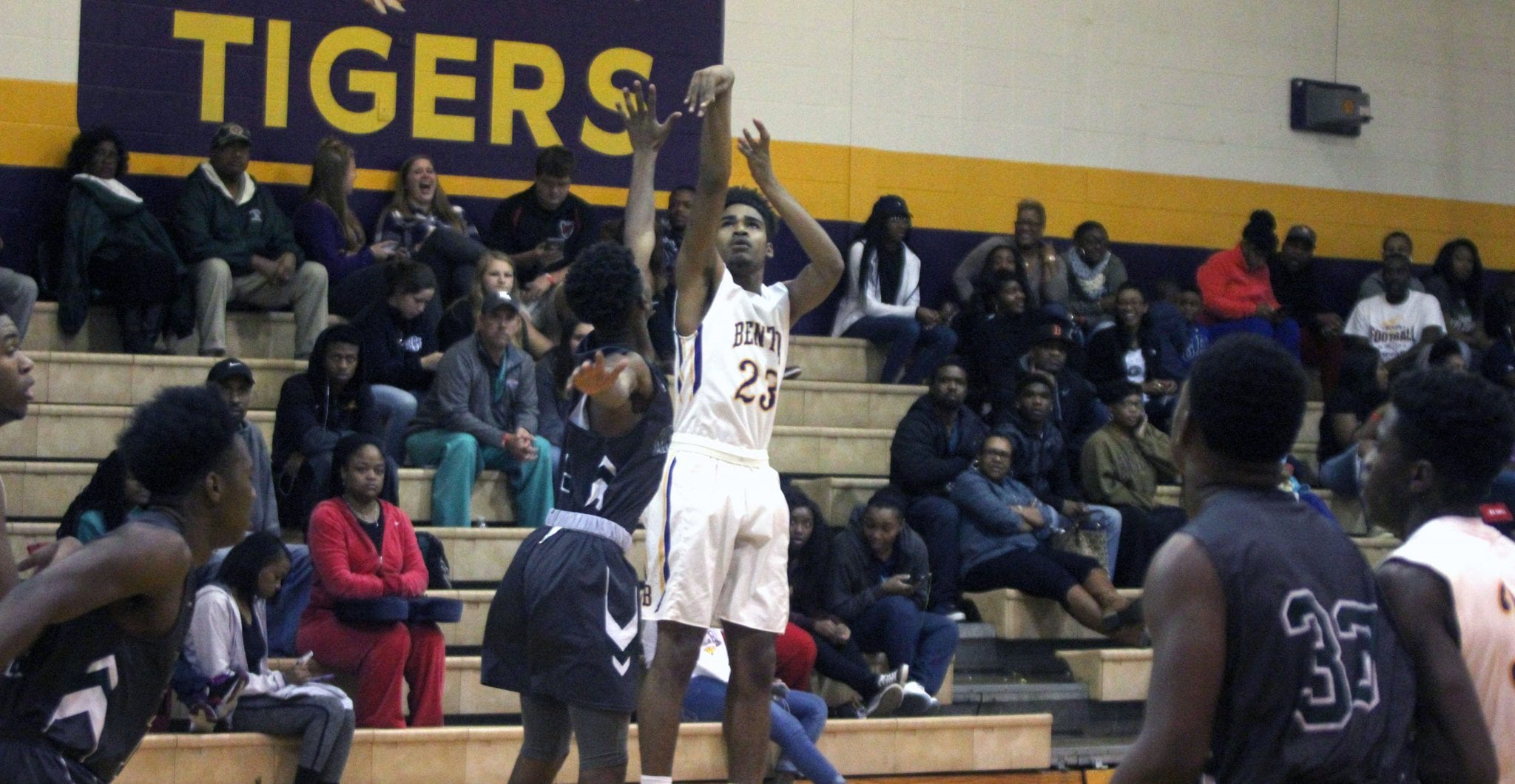 NOTE: Wednesday’s schedule is at the bottom of this report.

All five Bossier Parish boys teams in the Willis-Knighton Doc Edwards Invitational basketball tournament advanced to the second round Tuesday.

In the other first-round games, Huntington blasted Red River 65-35 and Captain Shreve defeated Many 46-39.

Of the three Bossier Parish girls teams in action on Day 1 of the four-day event, only Bossier advanced in the winners’ bracket. The Lady Kats knocked off another parish team, Plain Dealing, 48-39.

Airline fell to Huntington 53-30 and Benton dropped a 43-41 decision to Captain Shreve.

The Benton-Captain Shreve girls game was expected to be one of the best in the first round and it turned out that way.

The Lady Gators hit back-to-back 3-pointers en route to a 40-28 lead in the fourth quarter. But the Lady Tigers went on a 13-3 run to get within two with 6 seconds left.

After Shreve missed to free throws, Benton had a good look at a 3-pointer to win it, but the shot was short and bounced off the front of the rim.

Benton also rallied in the first half, cutting a 10-point Shreve lead to one.

In the boys division, Airline jumped out to a 23-8 first-quarter lead over North Webster and cruised from there.

Plain Dealing jumped out to a six-point lead after a quarter against Green Oaks and then the game was tight to the finish.

Jerriyun Lawrence and Bubba Osby scored 18 and 17 points, respectively, as Benton shook off a sluggish start against Mansfield. Jontavious Johnson chipped in with 10.

The Tigers trailed 14-10 after a quarter and the game was tied at 26 at the half. Benton took control with a 17-4 third-quarter run.

Parkway got a scare from a Northwood team that had won only three games. The Panthers trailed 23-21 at the half. Parkway took the lead for good in the third quarter, outscoring the Falcons 15-8.

Bossier got off to a good start against Southwood, leading 15-6 after the first quarter. The Bearkats took a 21-14 lead into halftime. Southwood cut it to four in the third, but Bossier turned turnovers into baskets en route to a double-digit lead.

In the girls bracket, Bossier got 12 points from Kelcee Marshall and 10 each from Destiny Thomas and Chloe Walker in the win over Plain Dealing.

The Lady Kats rallied from a 13-2 first-quarter deficit and led 20-19 at the half. Plain Dealing led 30-29 going into the fourth quarter, but Bossier dominated the fourth.

Airline got off to a slow start against Huntington and trailed 12-4 after a quarter. The Lady Vikings fought back within two at the half. The Lady Raiders controlled the second half, outscoring Airline 34-13.

Traciona Russell led Airline, which had a five-game winning streak snapped, with 14 points.