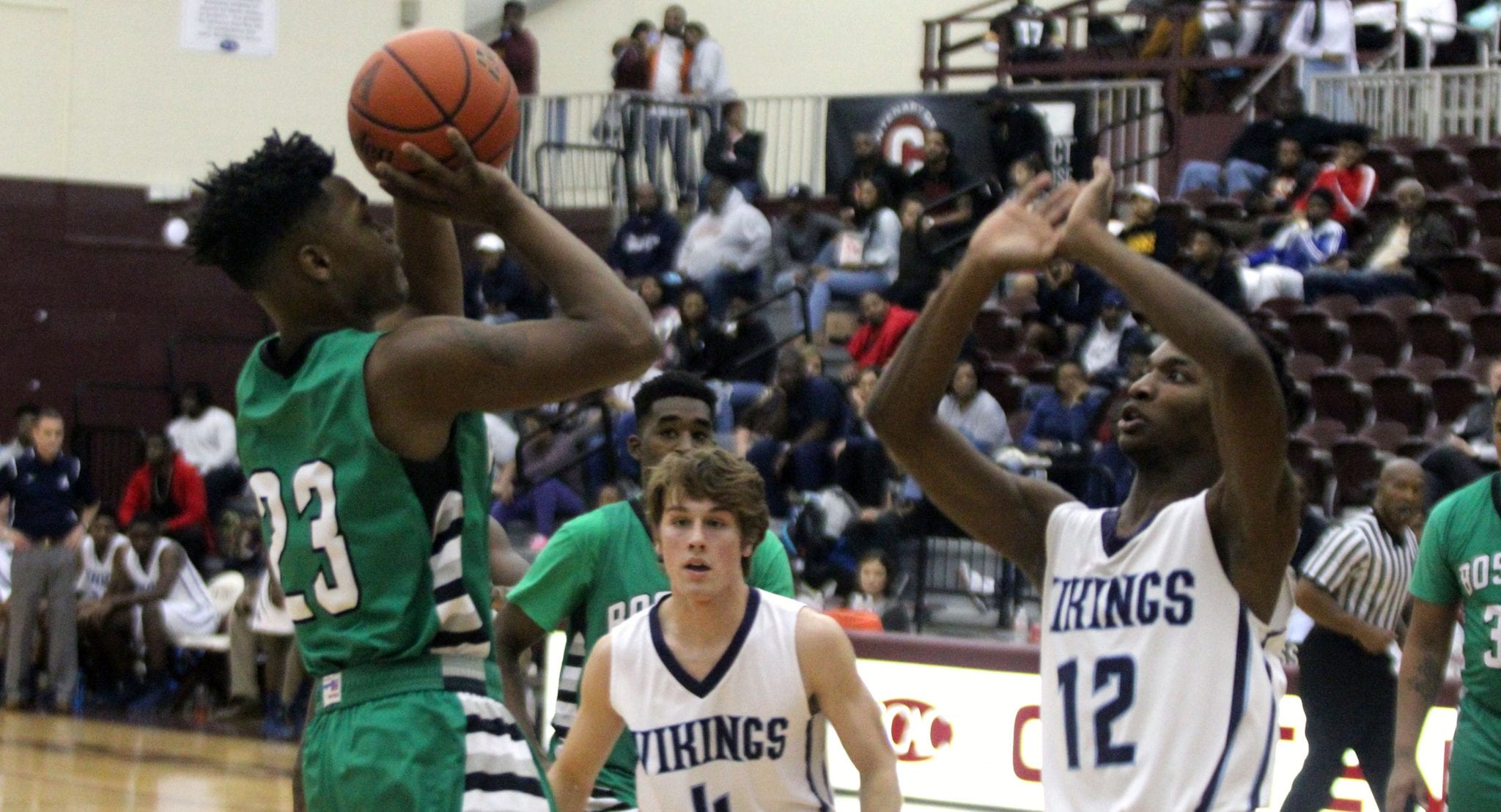 Having scored four points in the final five seconds of the first half, the Airline Vikings went into the locker room with a one-point lead and lot of momentum in the boys championship game of the Willis-Knighton Doc Edwards Invitational on Friday night at the Centenary Gold Dome.

But the Bossier Bearkats quickly turned things in their favor. Tyrese English and Antonio Davis had consecutive three-point plays to start the third quarter, giving the Bearkats a 24-19 lead.

Airline fought back and tied it at 27, but Bossier pulled away in the final minutes of the third quarter and led 38-30 going into the fourth. The Bearkats went on to 56-42.

Davis scored 17 points, including 10 in the second half. He and Davenport also were effective rebounders, rarely allowing the Vikings more than one shot.

Bossier sophomore guard Jacoby Decker, named the tournament’s MVP, scored 12 of his 15 points in the second half, including eight in the fourth quarter. He also did a good job of running Bossier’s methodical offense.

In the second half, the Bearkats (16-3) were patient when they needed to be and ran when they saw an opportunity.

Bossier guard Tyrese English, named to the all-tournament team, scored 10 of his 17 points in the third quarter.

He made three free throws after being fouled on a 3-pointer to put Bossier up by five in the third. English only made one shot in the fourth quarter but it was a big one. His 3-pointer came after the Vikings got within six and looked like they might be making a run.

Trent Ivy, named to the all-tournament team, led Airline (11-5) with 16 points. All but three of those came in the first half. He picked up his fourth foul with 3:10 left in the third quarter, which limited his effectiveness in the second half.

Bossier’s Tybo Wimberly and Bilbo were also named to the all-tournament team.

Elsewhere, Red River successfully defended its girls championship, rallying in the second half for a 79-69 victory over Captain Shreve. Red River’s Oksana Williams, who scored 30 points, was named the tournament’s MVP.

Huntington won the boys third-place game 57-54. Southwood took third in the girls division with a 42-21 victory over Pineville.

Mansfield edged Many 42-39 for the boys consolation title.