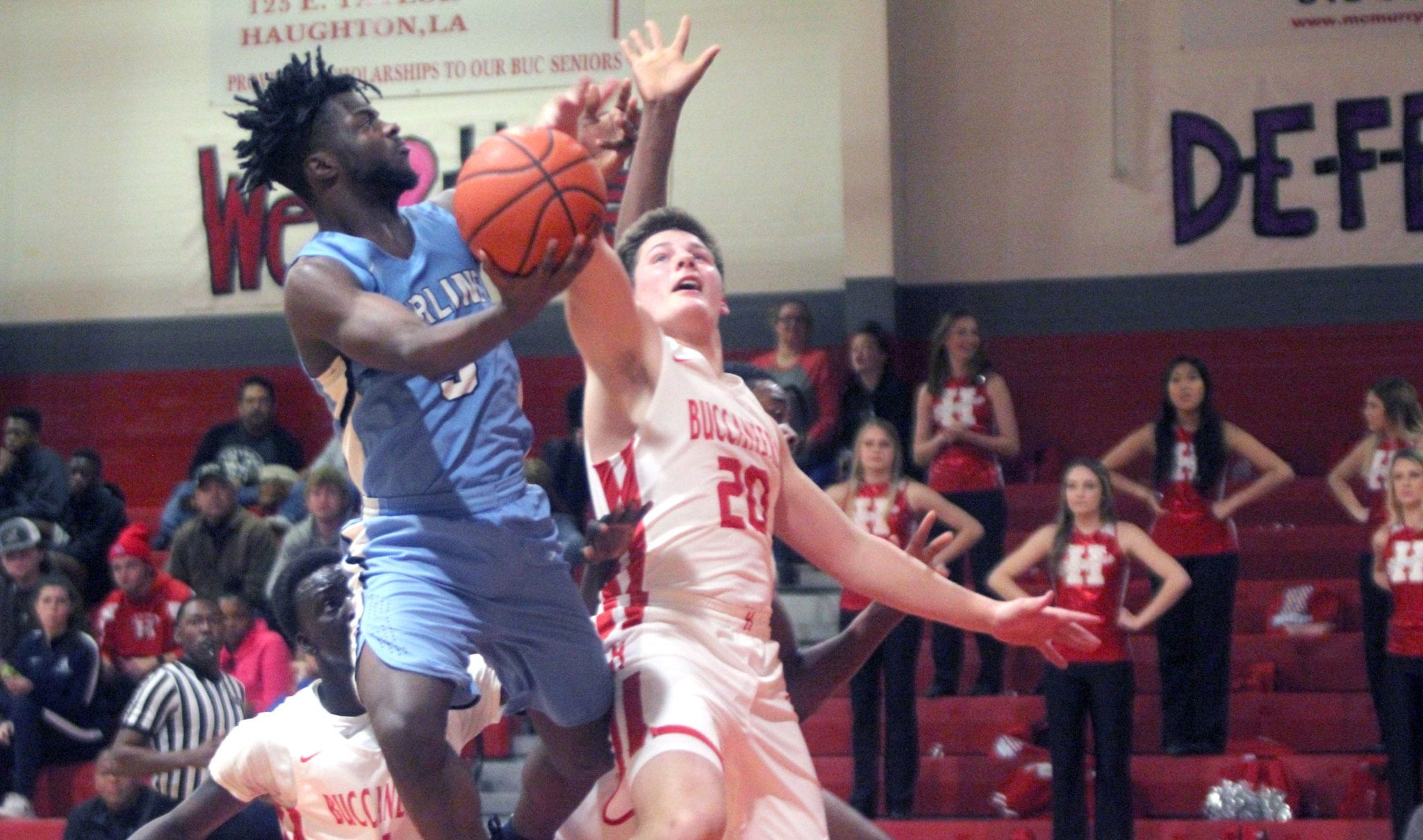 In District 1-5A, Airline downed the Haughton Bucs 57-43 at Haughton. In District 1-4A, leader Bossier routed Booker T. Washington 76-41 at BTW.

In District 1-1A, Plain Dealing knocked off Ringgold 51-47 at Ringgold.

The Benton Tigers visit Woodlawn on Saturday night at 7:30 in a District 1-4A matchup.

At Haughton, Airline pulled away in the third quarter, outscoring the Bucs 16-6 after leading 26-22 at the half.

As has been the case in many games this season, the Vikings shared the scoring load. TJ Robinson led the team with 12 points. Devin Jason and Fred Lemons had 10 each. Devin Bilbo added eight.

Lemons came up big in the fourth quarter, scoring eight and helping Airline extend the lead to 18.

Haughton hung tough in the first half.

Kevin Hill scored 13 of his game-high 15 points in the first two quarters. He hit two 3-pointers in the second period as Haughton rallied from a 19-10 first-quarter deficit.

The Bucs missed a golden opportunity in the second quarter. Airline was hit with two technical fouls while leading 22-18. The technicals followed a personal foul on the Vikings.

Haughton made the first free throw in a one-and-one situation. But the Bucs missed the bonus and all three of the four technical free throws. They also failed to score on their ensuing possession.

Airline scored the final four points of the first half.

The Vikings continued the run in the third quarter and moved ahead by double digits. The Bucs got as close as six but went cold as the Vikings turned up the defensive pressure.

Haughton’s Malachi Burks scored all 12 of his points in the second half, including nine in the fourth.

At BTW, Bossier continued its 3-point shooting success, hitting 12 in the game.

Bossier (20-3, 6-0) hosts Woodlawn (19-4, 4-1) on Monday night in a game that’s sure to be a sellout. A victory won’t guarantee the Bearkats another district title, but they will have the inside track.

At Ringgold, Plain Dealing improved to 11-7 overall and 4-3 in district.