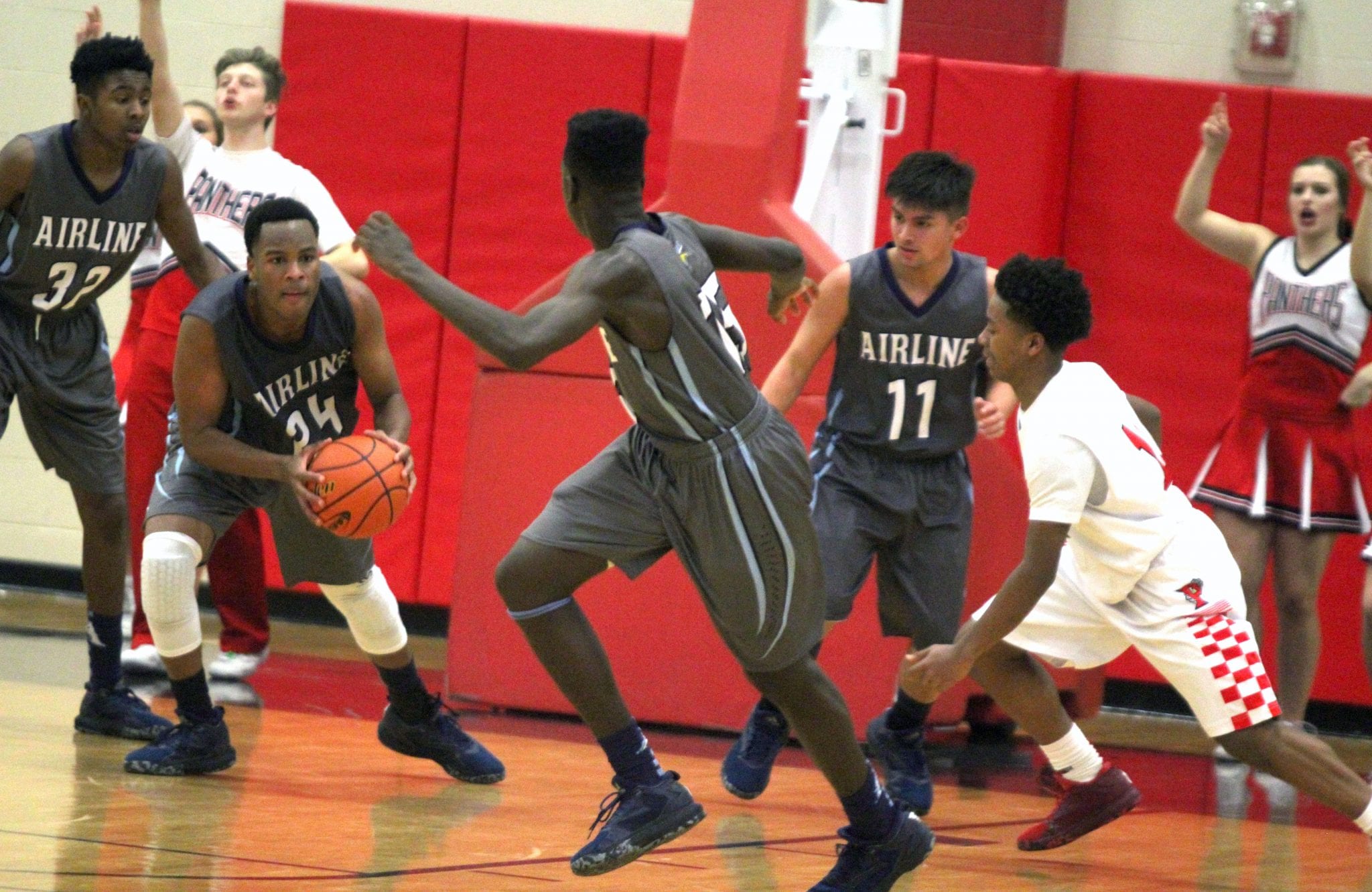 District 1-5A leader Airline rolled past the Parkway Panthers 93-63 at Parkway on Tuesday night. The Vikings also got a little help from Captain Shreve in their quest for the district championship.

In District 1-4A, the Bossier Bearkats bounced back from last Friday’s four-point loss to Fair Park with a 60-41 victory over the Benton Tigers at Bossier.

The Bearkats improved to 25-5 and 5-1 in district. Bossier was No. 2 in the Class 4A power rankings released Tuesday by the LHSAA and is likely to stay there. The Bearkats do have two tough district road games left against Huntington and Woodlawn.

In a District 1-1A game, the Plain Dealing Lions knocked off Ringgold 58-31 at home. Plain Dealing improved to 8-10 overall and 5-4 in district.

At Parkway, the Vikings led by 11 at the half. The game got out of hand in the third quarter as Airline scored 37 points with some help from some technical fouls on Parkway.

At one point, Airline freshman Jose Santiago stepped to the free throw line and shot seven free throws, making six of them. Santiago also hit two 3-pointers in the quarter. He added another from long range in the fourth and finished with 17 points, all in the second half.

KJ Bilbo led Airline with 26 points. All but one of those came in the first three quarters. Trent Ivy added 14 points and Louis Greenard chipped in with 10.

The Vikings hit eight 3-pointers in the game.

At Bossier, Bossier’s Kaalas Roots had one of his best games of the season, scoring 15 points to lead the Bearkats. Tyrese English added 10 and Jacoby Decker nine.