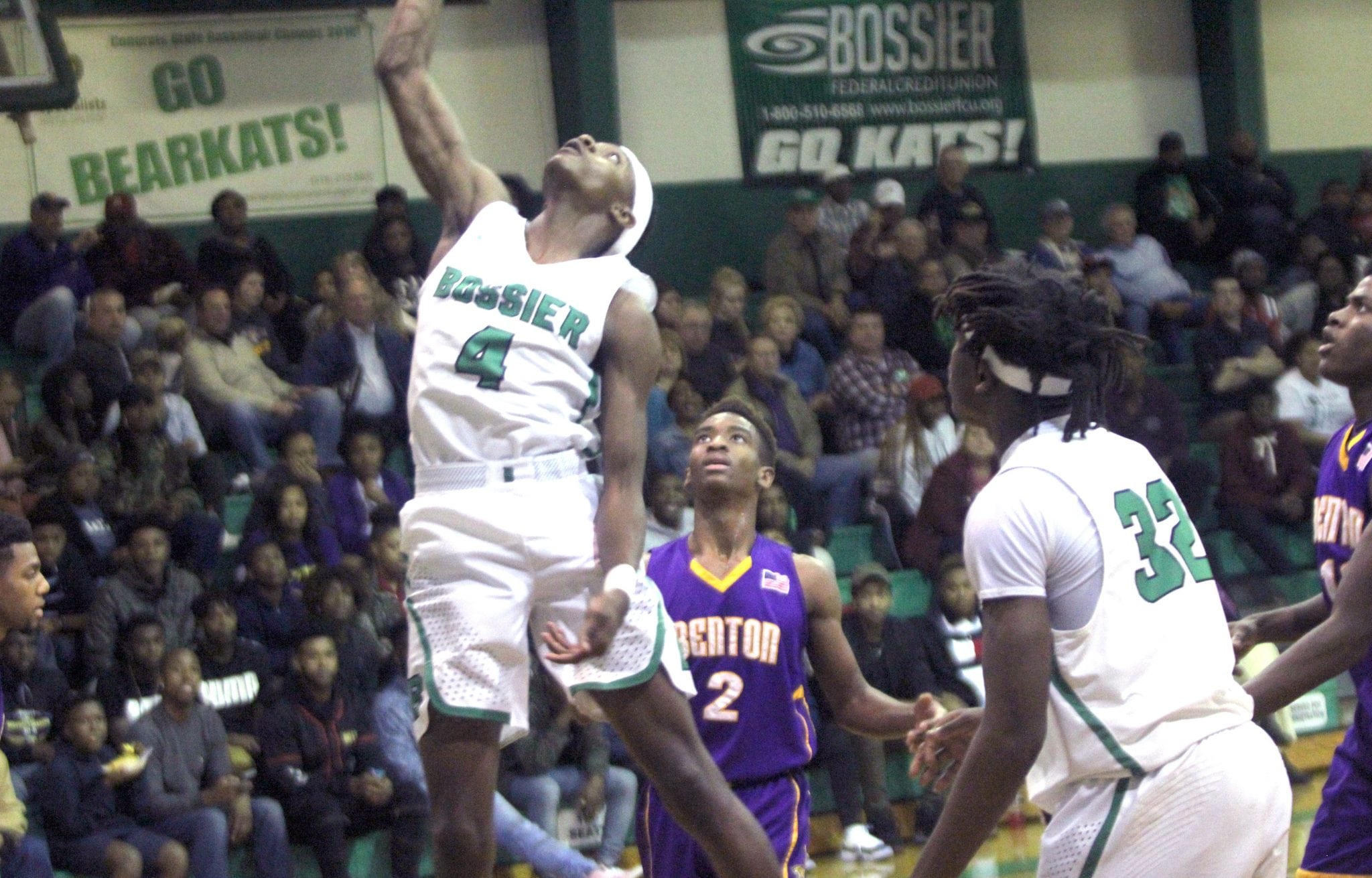 The Airline Vikings and Bossier Bearkats stayed atop the standings in their respective districts with victories Friday night.

In the other District 1-5A game, the Parkway Panthers downed the Haughton Bucs 56-40 at Haughton.

Bossier topped parish rival Benton 69-50 in a District 1-4A game at Bossier.

In a District 1-1A game, Plain Dealing fell to Haynesville 58-51 at Plain
Dealing.

At Captain Shreve, Airline trailed 53-50 after three quarters then dominated the fourth, outscoring the Gators 22-7.

Fred Lemons sparked the Vikings’ rally with three 3-pointers. He finished with 15 points, all on 3s. Airline made nine from beyond the arc in the game.

Trent Ivy led a balanced Airline offense with 17 points, including two
3-pointers in the third quarter.

Roberts and Sheldon Dudley (eight points) both sank a pair of 3-pointers.

The Bearkats nailed seven of their nine 3-pointers in the first half en route to a 40-23 lead.

Bossier led by as many as 11 points in the first quarter but Benton rallied within five late. The Tigers had a chance to get within three but were called for a charge on a made basket.

Jacoby Decker hit a 3 at the buzzer to bump the Bearkats lead to 22-14.

Bossier blew it open in the second quarter with a string of 3-pointers.

Roots, Janyron Rogers and Tim King all hit from deep.

The Tigers had trouble dealing with the 6-foot-8 Bell, who was a force on both ends of the floor.