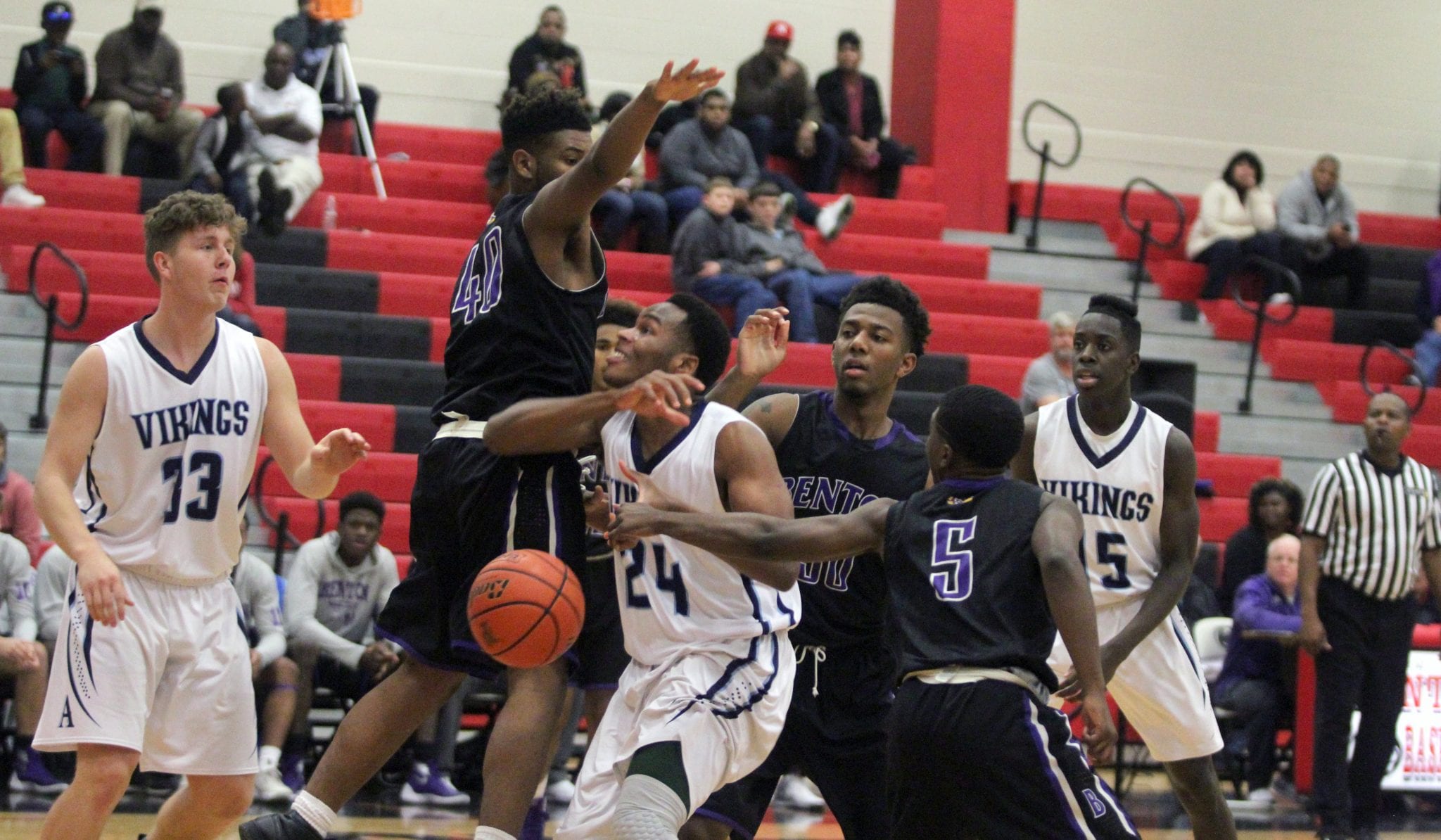 The Airline Vikings pulled away in the final 45 seconds for a 64-59 victory over the Benton Tigers in the first round of the Barksdale Federal Credit Union Parkway Tournament on Wednesday night at Parkway.

In other Thursday games, Evangel Christian plays Rayville at 6 and Parkway takes on Ringgold at 7:30.

In another first-round game Wednesday, Haughton fell to Calvary Baptist 63-57 in double overtime.

The Airline-Benton game was tied at 58 with 44.8 seconds left. Benton was whistled for a 5-second violation trying to get the ball in bounds under Airline’s basket.

Trent Ivy drove inside and missed. Airline’s Louis Greenard grabbed the rebound and was fouled on the putback attempt. He made the first free throw but missed the second. Ivy missed a putback attempt but Greenard got the rebound in the middle of the lane and put it back in for a 61-58 lead.

The Tigers then missed a 3-pointer and the Vikings hit a free throw for the final margin.

Greenard and KJ Bilbo led the Airline with 14 points each. Ivy added 12 and T.J. Robinson chipped in with nine. Jerriyun Lawrence and Osby led Benton with 12 each. Johntavious Johnson added 11.

The game was much more competitive than the teams’ first meeting won by Airline 69-52 on Nov. 17 at Airline.

Early on, though, it looked like the Vikings were going to run away with it again. Airline jumped out to a 17-6 lead early in the second quarter. But the Vikings went cold from the floor and Benton rallied. The Tigers outscored the Vikings 15-5 and led 21-19 at the half.

Benton still led by two, 38-36, going into the fourth. The Tigers went up by four early, but Airline forced a couple of turnovers in the backcourt with full-court pressure and quickly took a 2-point lead. It was close from that point on.

With a total of 53 fouls called, free-throw shooting was a big factor.

Benton’s Jessie Little and Johnson both fouled out late in the fourth quarter.

Haughton, which defeated Calvary 62-53 in the first round of the Jack Clayton Invitational last week, led 38-30 going into the fourth quarter. But the Cavaliers rallied and sent the game into overtime tied at 45. It was tied at 51 going into the second OT.

Davis made eight of 11 free throws in the overtime periods, including six of seven in the second one. The Bucs were just four of 10 from the line in the second OT.