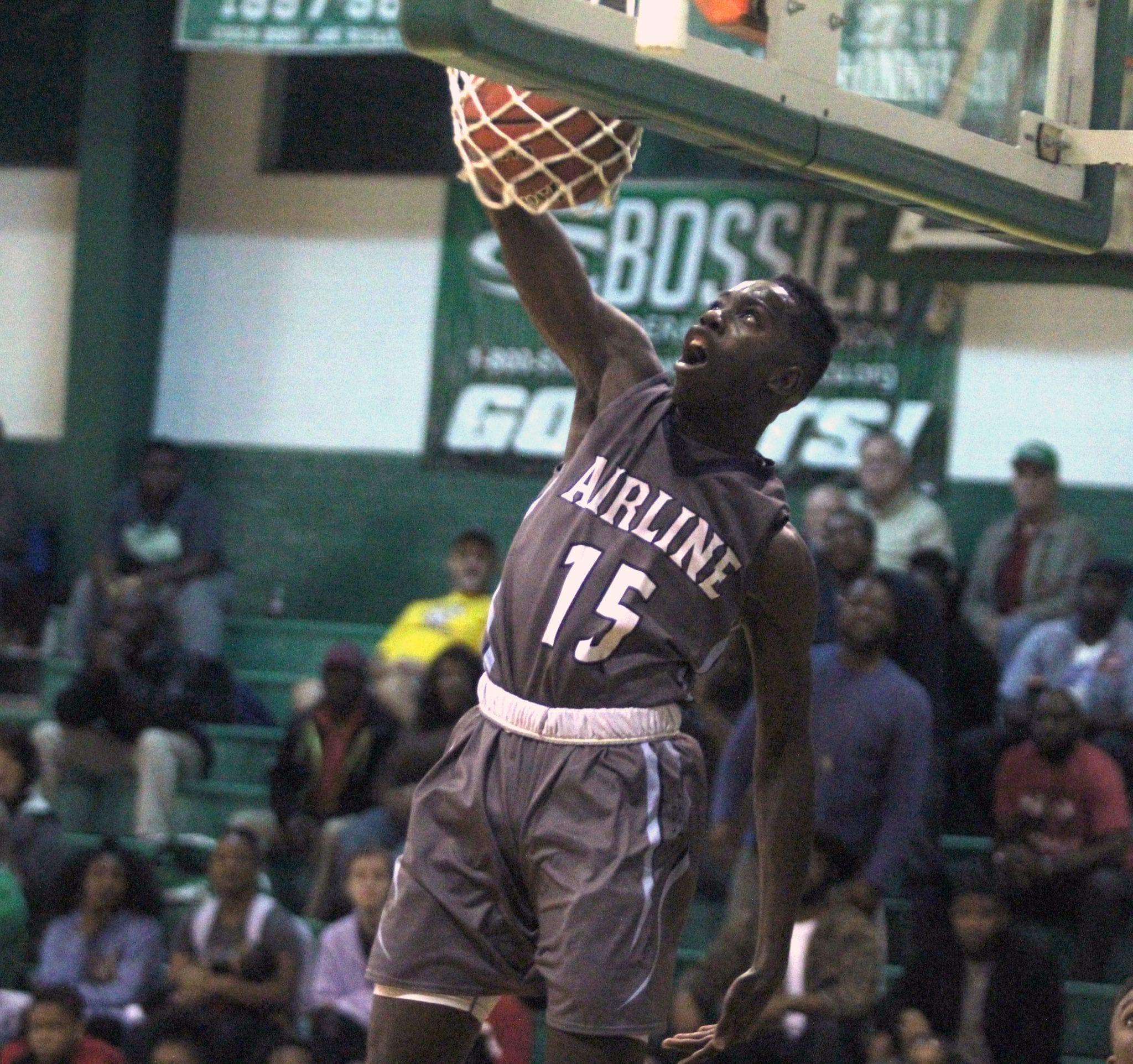 The players who did take the court put on a great show. The game wasn’t decided until the final buzzer sounded.

Trent Ivy hit two free throws with 7.8 seconds left to give Airline a 64-62 lead. After a timeout, the Bearkats got an open look at a 3-pointer to win it but it didn’t fall. Sophomore guard Jacoby Decker got the rebound in the lane but his shot bounced off the rim.

Decker scored 20 points and ran the Bearkats offense well despite suffering leg cramps in the second half.

Ivy had a big game for Airline, pumping in 26 points. He sank three 3-pointers, including a big one in the fourth quarter that put the Vikings ahead 61-59 with about 2 minutes left.

T.J. Robinson added 15 points for the Vikings (3-0). He hit a 3 at the first quarter buzzer. Trace Parker only scored four points but all of those came in the fourth quarter.

Tybo Wimberly topped Bossier (5-3) with 30 points, including 10 in the fourth quarter. He matched ivy with three 3-pointers, including one that gave the Bearkats a 1-point lead with 2:43 to play.

Airline got off to good start. The Vikings led 22-17 after the first quarter. They extended the lead to as many as eight in the second, but Bossier got back within 36-31 at the half.

The Bearkats started strong in the second half and took a five-point lead. But just when it looked like they were taking control, the Vikings rallied and the game went into the fourth quarter tied at 47.

According to the archived season results on the LHSAA’s website, it was Airline’s first win over Bossier since at least the 2008-09 season. The archived results only go back to the 2009-10 season. Suffice it to say it was a long drought for the Vikings.

It was the season opener for Parkway.

At Stonewall, Brandon Deane scored 21 points as Haughton dropped to 0-5 with its second straight close loss. The Bucs fell to Minden in overtime last week.

At Plain Dealing, the Lions improved to 2-1 with the victory over the Class 5A Gators.