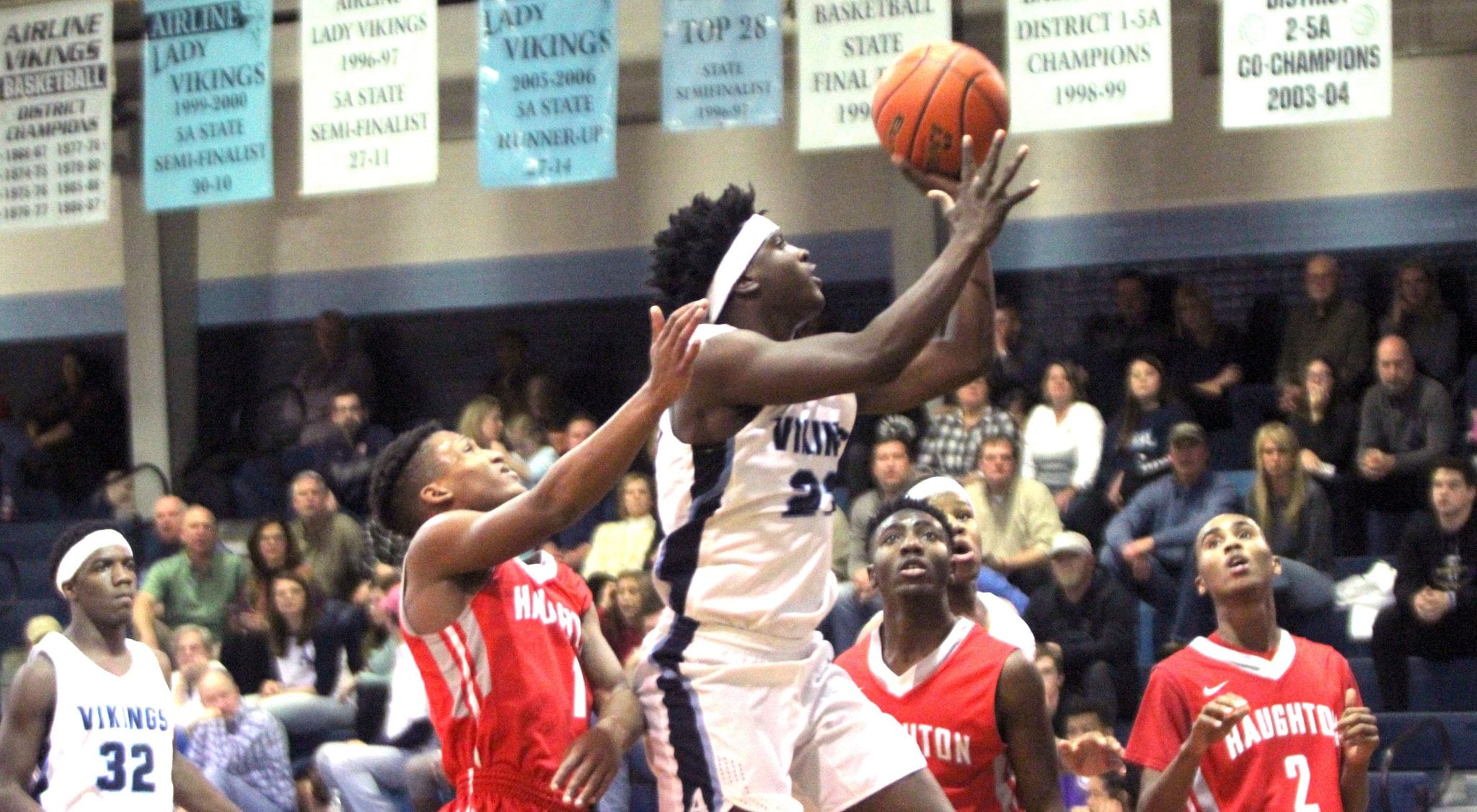 Airline completes the first half of district play at Southwood on Tuesday.

In another District 1-5A game, the Parkway Panthers fell to Byrd 57-53 at Parkway.

In District 1-4A, the Bossier Bearkats rallied past Booker T. Washington 68-67 at Bossier, and the Benton Tigers put up a good fight against district leader Woodlawn before fallng 87-79 at Benton.

At Airline, the Vikings jumped on top of Haughton early and led 34-20 at the half.

The loss was the Panthers’ third in district play by six or fewer points.

At Bossier, the Bearkats trailed 52-41 going into the fourth quarter before staging a furious rally for the victory. Bossier (18-6, 5-1) extended its winning streak to nine.

At Plain Dealing, Jakaleb McGee poured in 22 points to lead the Lions (9-12, 5-2). Jymaury Cooper chipped in with 16. Artavious Washington-Carper and Derrien Perry scored 10 each.