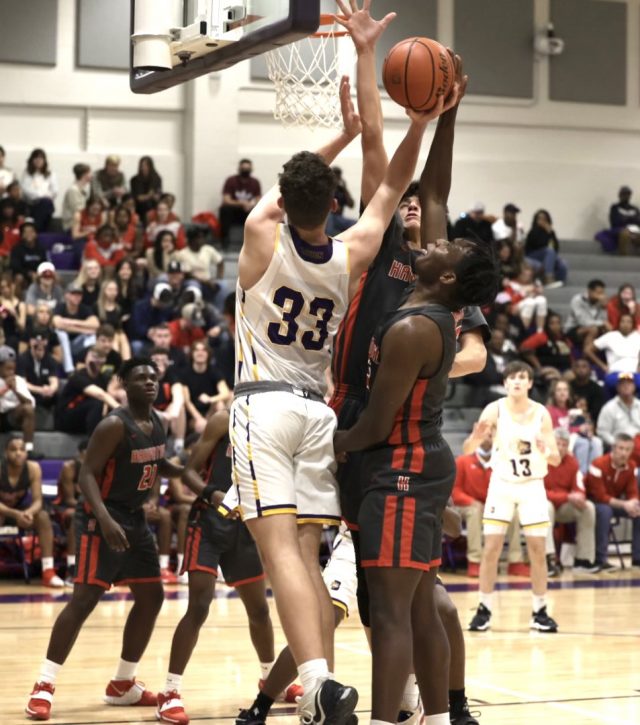 The Benton Tigers defeated the Haughton Bucs 65-60 in overtime in a District 1-5A game Friday night at Benton.

Elsewhere, the Providence Classical Academy Knights advanced to the championship game of the MAIS 3A South tournament with a 62-60 victory over Wilkinson County (Miss.) Christian Academy at PCA.

The Knights (21-6) face Discovery Christian (19-5), which defeated Prairie View 48-44 in the other semifinal, for the championship at 5:15 p.m. Saturday. The winner will be the No. 1 seed from the South Region in the 3A state tournament Feb. 15-19 at Greenville (Miss.) Christian.

Meanwhile, the Bossier Bearkats wrapped up the outright District 1-3A championship without playing. Loyola handed second-place Mansfield its second district loss 45-42. Bossier has a two-game lead over Wolverines with just one district game left, a home matchup against Mansfield Tuesday.

Bossier visits Calvary Baptist Saturday night in at 7 in a matchup of teams expected to make deep playoff runs.

In other District 1-5A games Friday, Airline fell to leader Captain Shreve 51-44 at Airline, Parkway lost to Byrd 59-51 at Byrd and Natchitoches Central defeated Southwood 51-45 in Natchitoches.

At Benton, the Tigers led 48-45 after three quarters but the Bucs rallied in the fourth and the game went into overtime tied at 55.

Wylin Harris scored seven of his game-high 29 points in the extra period to help Benton (11-21, 4-8) pull out the victory.

Harris scored 10 points in the first quarter as Benton built a 19-12 lead.

Both teams heated up in the third quarter with Haughton outscoring Benton 23-20.

Haughton’s KJ Allen scored seven of his 21 points in the third. Laythan Delaney scored eight of his 20.

Allen helped the Bucs (15-13, 3-9) rally in fourth with five points. He had four 3-pointers in the game, including one in overtime. AJ Vasquez, who finished with eight points, had Haughton’s other two points in OT.

At PCA, Bowman Lovell scored 26 points, including a go-ahead 3-pointer with less than 15 seconds to play, to lift Providence Classical to the victory.

Wilkinson County faces Prairie View in the third-place game at 1.

At Parkway, Chance Snell and George Brown led the Panthers with 11 and 10 points, respectively. Christian McCoy chipped in eight.

Parkway trailed by one at the half and seven after three quarters.