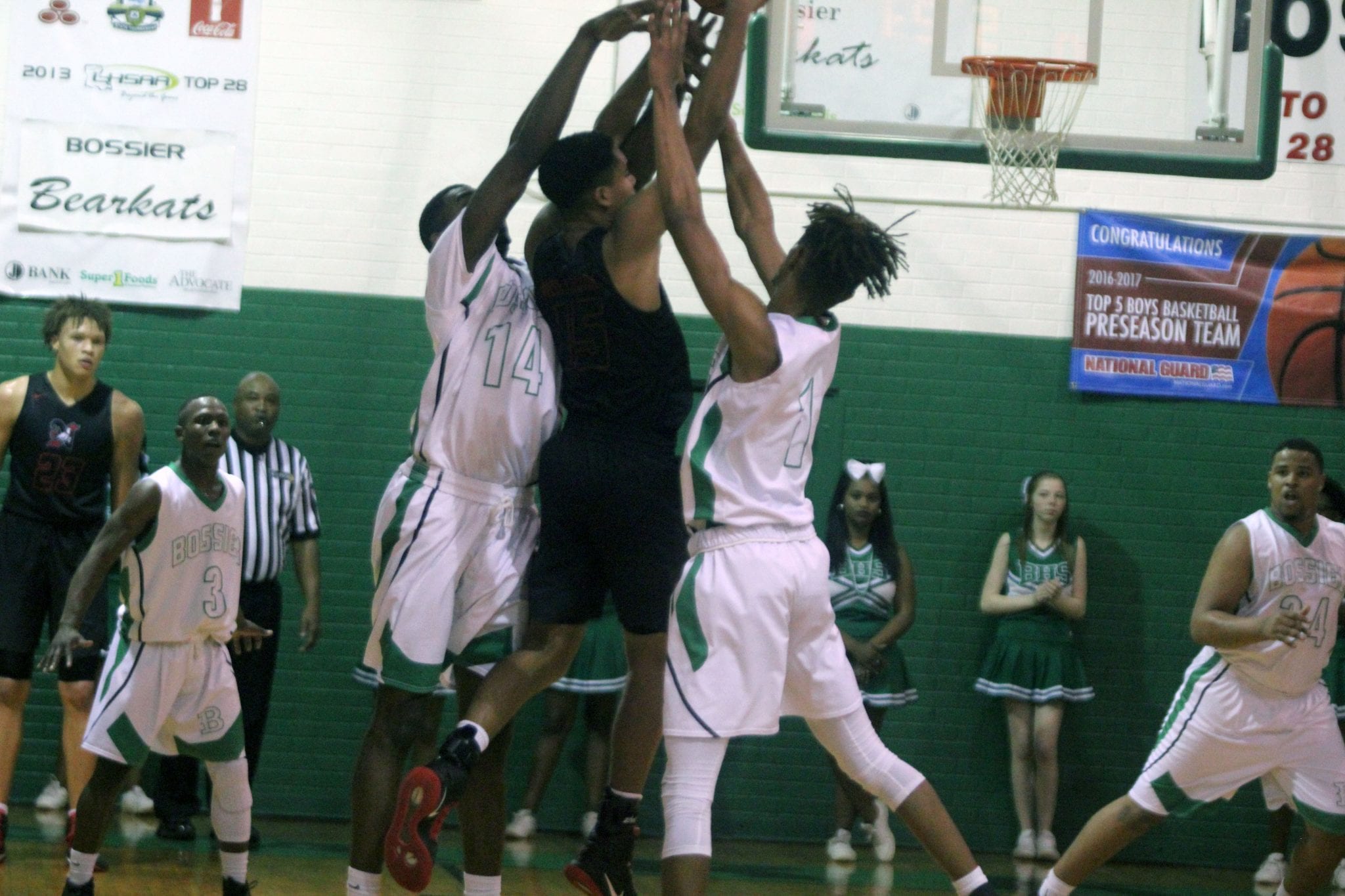 The Bossier Bearkats will face a familiar foe in the quarterfinals of the Class 4A boys basketball playoffs Friday night.

In last year’s quarterfinals at Bossier, the Bearkats defeated the Patriots 63-61 on a Chris Davenport basket at the buzzer. Bossier let a six-point lead with two minutes left slip away, setting up Davenport’s game-winner on a pass from Jacoby Decker.

From the Patriots’ standout, it was a controversial ending. Video posted on social media appeared to show that Davenport didn’t get the shot off in time.

Regardless, the Bearkats advanced and went on to win their second state championship since 2011. Bossier is looking to reach at least the semifinals for the seventh time in the last eight seasons.

The Bossier-Ellender winner will face the winner of No. 3 Westgate and No. 6 Plaquemine in the semifinals next week at Burton Coliseum in Lake Charles.

Bossier and Ellender had to rally in second-round games Tuesday.

The Bearkats trailed No. 15 Northside by 13 early in the third quarter and by eight going into the fourth. But Bossier roared back behind the 3-point shooting of Tybo Wimberly and Jacoby Decker to win 53-47.

According to a report in Houmatoday.com, the Patriots trailed No. 10 Carencro three times in the fourth quarter before coming back to win 65-61.