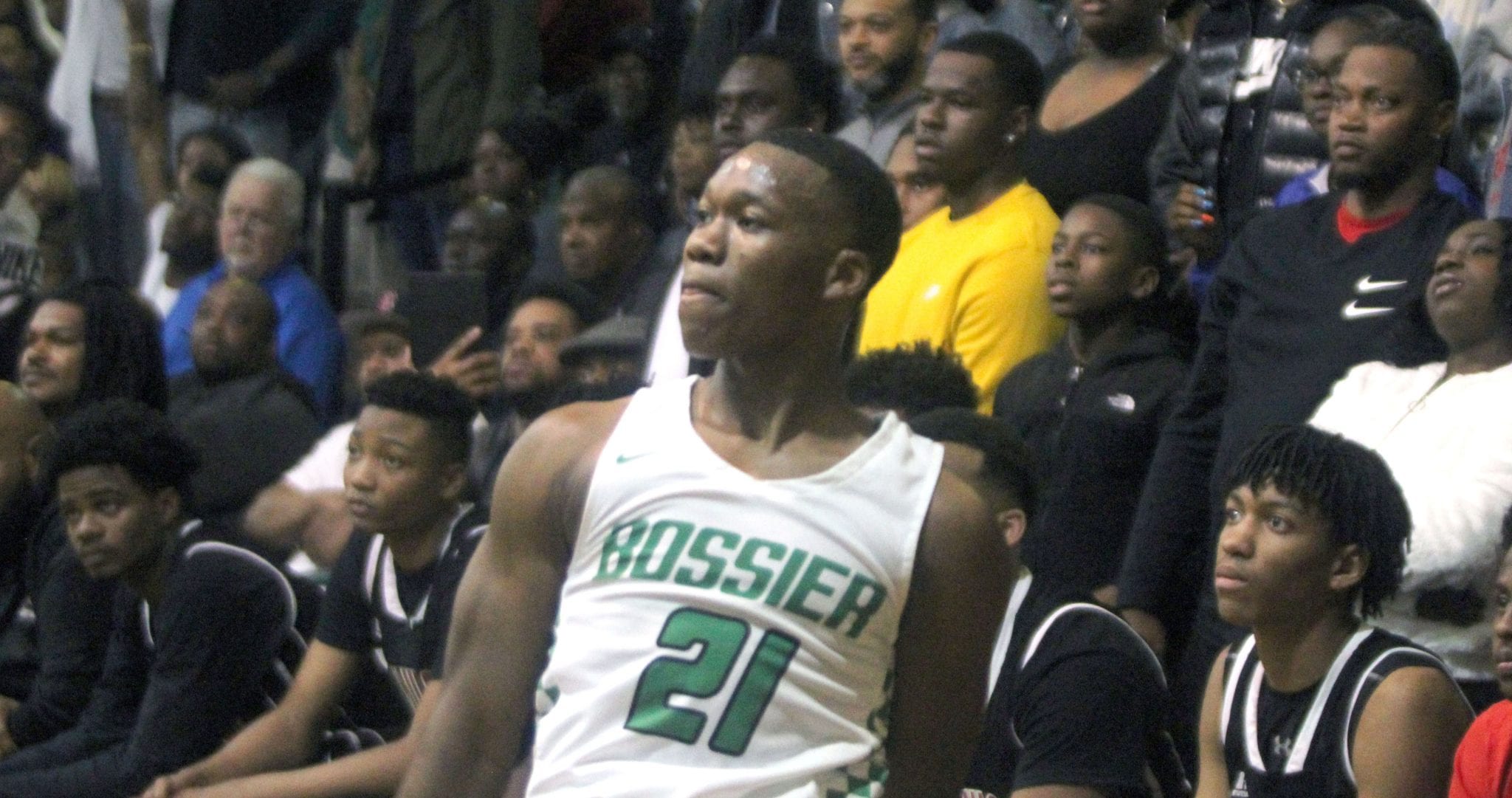 Last year, Bossier rallied from a big second-half deficit before falling to Breaux Bridge 61-58 in the Class 4A state championship game.

The Bearkats are one win away from playing for a state championship again.

The winner takes on No. 2 Wossman (33-3), which defeated No. 3 Madison Prep 48-46 in the other semifinal Wednesday afternoon, at 2 Saturday for the championship.

That’s in sharp contrast to Brusly, which is making its first semifinal appearance since 1991.

Brusly rallied from an 11-point fourth-quarter deficit against Ville Platte. Ja’Sean LeDuff  and Jalen Forest led the Panthers with 22 and 20 points, respectively.

LeDuff, a guard, also had 33 against Marksville.

The Panthers also have a win over University. Brusly’s other loss was to Class 5A Lafayette, which was upset in the second round as the No. 5 seed.

Brusly is in 7-3A with University and Madison Prep. The Panthers’ loss to University came in the district tournament. University went on to win the tournament.

The Bearkats have accomplished the feat despite losing two starters late in the season, including 6-foot-7 New Orleans signee D’Ante Bell to a knee injury.

Senior guard Cody Deen scored 30 points against Richwood after pouring in 26 against Crowley.

Tim King scored 19 against Richwood. Joseph Manning has also been productive offensively in the playoffs.

The Bearkats have gotten defensive help off the bench from Decamerion Richardson and James Davis, both first-team All-Parish football players on offense (running back) and defense (defensive back).