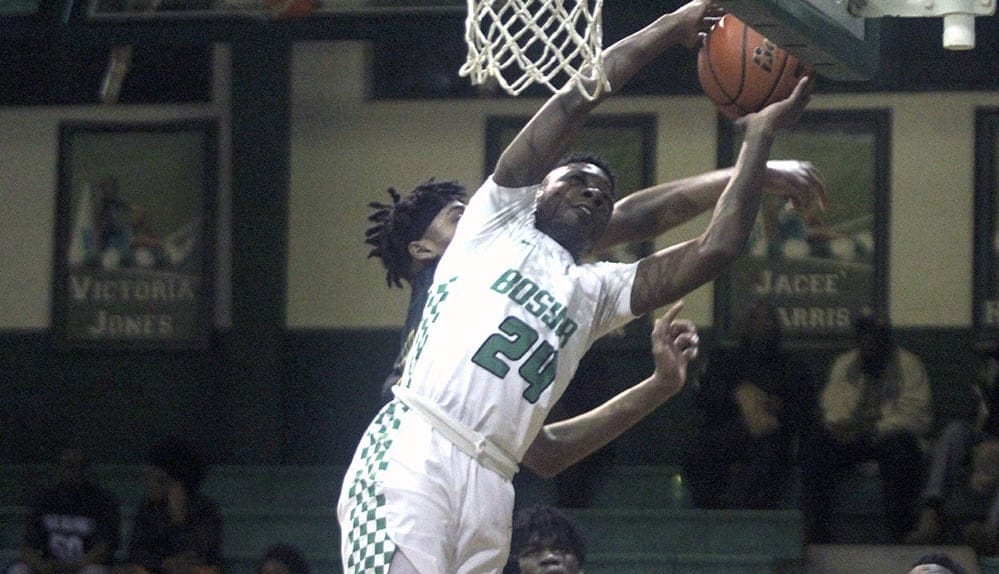 The Bossier Bearkats will be looking for a spot in the state tournament for the second straight year when they host the Richwood Rams Friday night in the Class 3A quarterfinals.

Tip-off is 7 o’clock and a sellout crowd is expected.

Bossier and Richwood met once during the regular season with the Bearkats coming out on top 61-48 on Dec. 14 in the Wossman tournament.

But head coach Nick Bohanan will be without two players who started that game, including 6-foot-7 forward D’Ante Bell. Bell suffered a season-ending knee injury in the regular-season finale against Neville.

Bossier is coming off a 53-35 victory over No. 17 Crowley. Senior guard Cody Deen came up big with 26 points. The Bearkats also got a strong effort from James Davis, who had 11 rebounds.

Richwood defeated No. 8 Patterson 71-65 in the second round.

The Rams went 6-2 in District 2-3A, losing only to No. 2 seed and district champion Wossman.

Richwood has won five state titles. The last one was in 2012, when the Rams defeated Bossier 67-55 in the Class 3A title game.