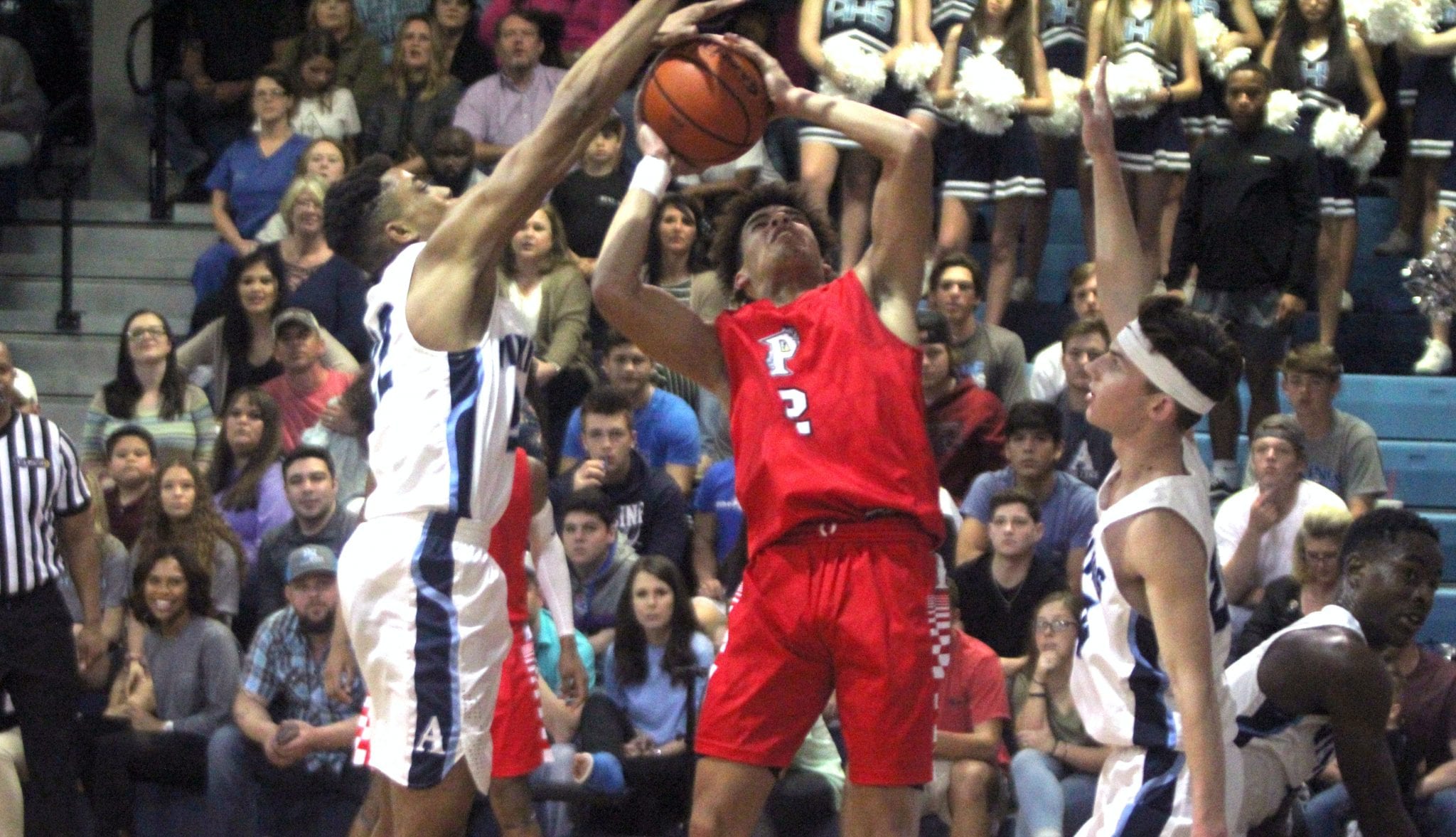 In District 1-4A, Bossier knocked off rival Huntington 76-64 at Huntington, moving a step closer to another district championship.

In District 1-5A, Airline held off Parkway 57-53 at Airline, and Haughton rolled past Evangel 58-34 at Haughton.

Bossier led 24-20 after the first quarter and 45-36 at the half. The Bearkats extended the lead to 13 going into the final quarter.

Bossier (25-3, 11-0), No. 1 in the Class 4A power rankings, can clinch a share of the district championship with a victory over North DeSoto at home Friday.

The game went into overtime tied at 51. Ross scored nine points in the two OTs, including five free throws.

At Airline, the game was tight most of the way. Parkway overcame an early six-point deficit and led 26-25 at the half.

Airline led 40-39 after three quarters and then built a 10-point lead with a 9-0 run to start the fourth.

The Panthers battled back and got within three on a Gabriel Larry free throw with 1:05 left. But the Vikings made enough free throws down the stretch to claim the victory.

Randle hit two 3-pointers in the second half, including a big one in the fourth quarter. He was also 3-of-4 from the line in the final period. Lemons also sank two free throws and Robinson one.

Bryce Roberts led Parkway with 24 points, including 10 in the second quarter. He hit two 3-pointers and was a perfect 5-of-5 from the free throw line.

The game featured some strong defensive play inside the lane. Players on both teams made several spectacular blocks.

At No. 32 in the latest Class 5A power rankings, Airline is battling for a playoff spot. The top 32 teams generally make the playoffs.

Kentrell Parker, who has had a solid season, paced Haughton with 26 points, including 16 in the second half. He made 12 of 15 free throws in the final two quarters, including nine of 11 in the fourth.

The Lions came very close to avenging a 63-48 loss to Lincoln Prep in the teams’ first district game on Jan. 11.

Lincoln Prep was No. 5 in the latest Class 1A power rankings. Plain Dealing was No. 13 and is in position to host a first-round playoff game.