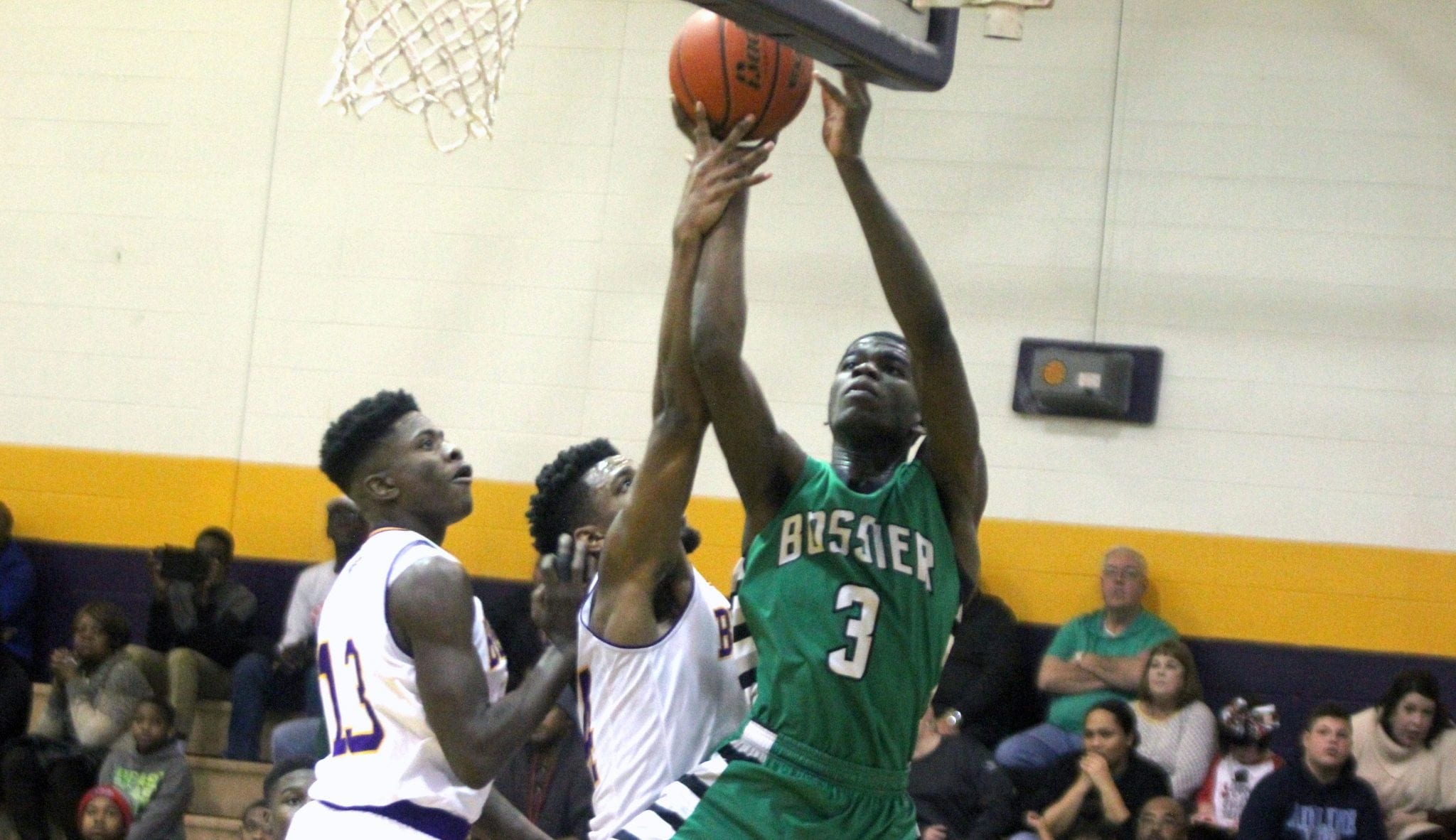 In District 1-4A, Bossier downed Benton 64-50 at Benton. In District 1-5A, Airline edged Captain Shreve 62-61 at Airline and Parkway defeated Haughton 54-50 at Parkway.

Rogers had three 3-pointers in the first quarter as Bossier overcame a 4-0 deficit and led 15-8. King knocked down all three of his 3s in the second quarter and the Bearkats extended the lead to 35-21 at the half.

Bossier (15-6, 2-1) led 53-38 going into the fourth quarter. The Tigers stayed within that margin for much of the second half, but Bossier eventually extended the lead to 20 in the fourth.

At Airline, the game was close throughout. Airline led 47-40 late in the third quarter, but Captain Shreve went on an 8-0 run to take a 48-47 lead early in the fourth.

The Gators cut the lead to three and the Vikings missed a pair of free throws. But Airline drew a charge at the other end. Brayden Thompson hit one of two free throws to give the Vikings a 62-58 lead with 16.1 seconds left.

Shreve’s Marvin Porter nailed a 3-pointer from the baseline to cut the lead to one with 9.2 seconds left.

After the Gators blocked an attempted layup on a breakaway with about 5 seconds left, the Vikings prevented them from getting a final shot off at the other end, knocking the ball out of bounds as time expired.

At Parkway, Sheldon Dudley led 10 Panthers (8-8, 1-2) who scored with 16 points, including four 3-pointers. Ty Hubbard was 8-of-8 from the free throw line in the fourth quarter and finished with 10 points.

College football: LSU sends Orgeron out with a win

College football: LSU sends Orgeron out with a win