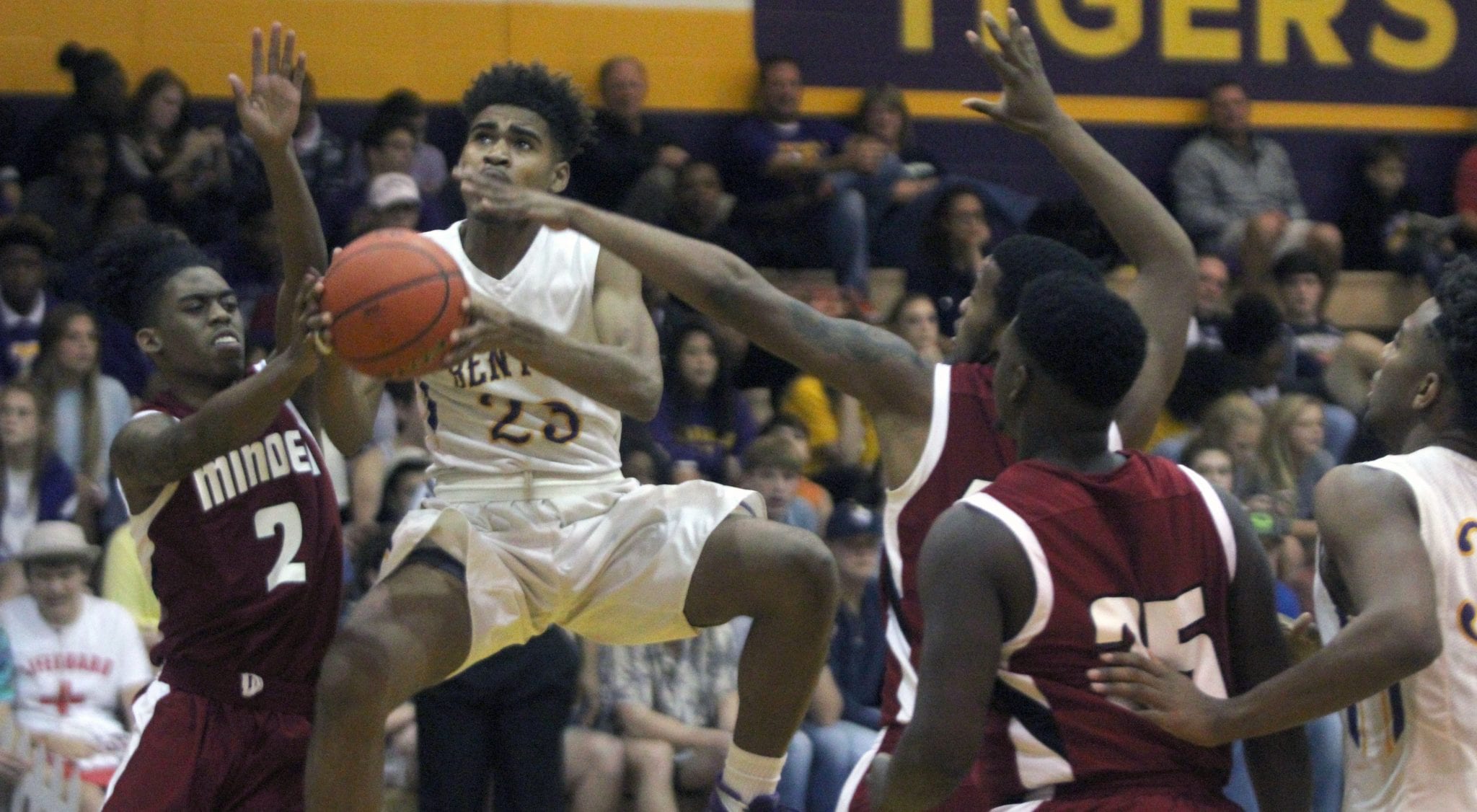 The defending champion Bearkats rolled past rival Huntington 56-38 at Bossier. The Tigers rallied for a 58-55 victory over Minden at Benton.

In District 1-5A, the Parkway Panthers suffered a tough 65-62 overtime road loss to Byrd. In a non-district game, Airline routed West Monroe 68-40 in West Monroe.

In District 1-1A, Plain Dealing cruised past D’Arbonne Woods 73-32 in Farmerville.

At Bossier, the Bearkats jumped on the Raiders early, taking a 17-9 lead after a quarter. They stretched the lead to 30-17 at the half. Huntington got just one point closer after three quarters, and Bossier dominated fourth.

At Benton, the Tigers trailed most of the game, but they kept hanging around and rallied from a seven-point deficit in the fourth quarter.

Minden’s Jordan Becnel answered with a three-point play of his own a few seconds later. Benton’s Jalen Harding drove inside and dished to Jessie Little, who hit a layup to get Benton within 55-54.

Minden missed the front end of a one-and-one with 45 seconds left. Harding brought the ball past the halfcourt line, got a screen from Cameron Robinson and hit a 20-foot rainbow to give the Tigers a 57-55 lead with 32 seconds left.

Becnel, closely guarded by Robinson, missed a shot inside the lane. Little got the rebound. A Minden player knocked the ball out of Little’s hands and grabbed it, but he had part of one foot on the baseline.

After a timeout, the Tide forced a turnover in the backourt with 12 seconds left. But Minden turned it right back over on a traveling violation. Robinson was fouled. He made the first free throw and missed the second. The Tide got a final shot off but it wasn’t close.

Harding led Benton (7-8) with 22 points, including nine in the fourth quarter. Jerriyun Lawrence hit three big 3-pointers in the second half and finished with 12 points.

Osby hit a big 3-pointer in the fourth quarter and scored six of his eight points in the period.

At Byrd, Stephen Bates hit a 3-pointer at the overtime buzzer to lift the Yellow Jackets past Parkway.

As they did in a one-point win over Captain Shreve in the district opener, the Panthers struggled at the line, hitting just 12 of 30. The Yellow Jackets made 18 of 26.

At West Monroe, Airline (15-5) overcame a two-point halftime deficit with a 32-point third quarter. The Vikings hit three 3-pointers in the quarter and outscored the Rebels 32-9. Airline was also nine for nine from the free throw line in the period. The Vikings finished 20 of 25.

Louis Greenard scored nine of his 14 points in the third. Trent Ivy led nine Vikings who scored with 16.

At Farmerville, Plain Dealing improved to 6-7 with its third straight win and 4-2 in 1-1A.