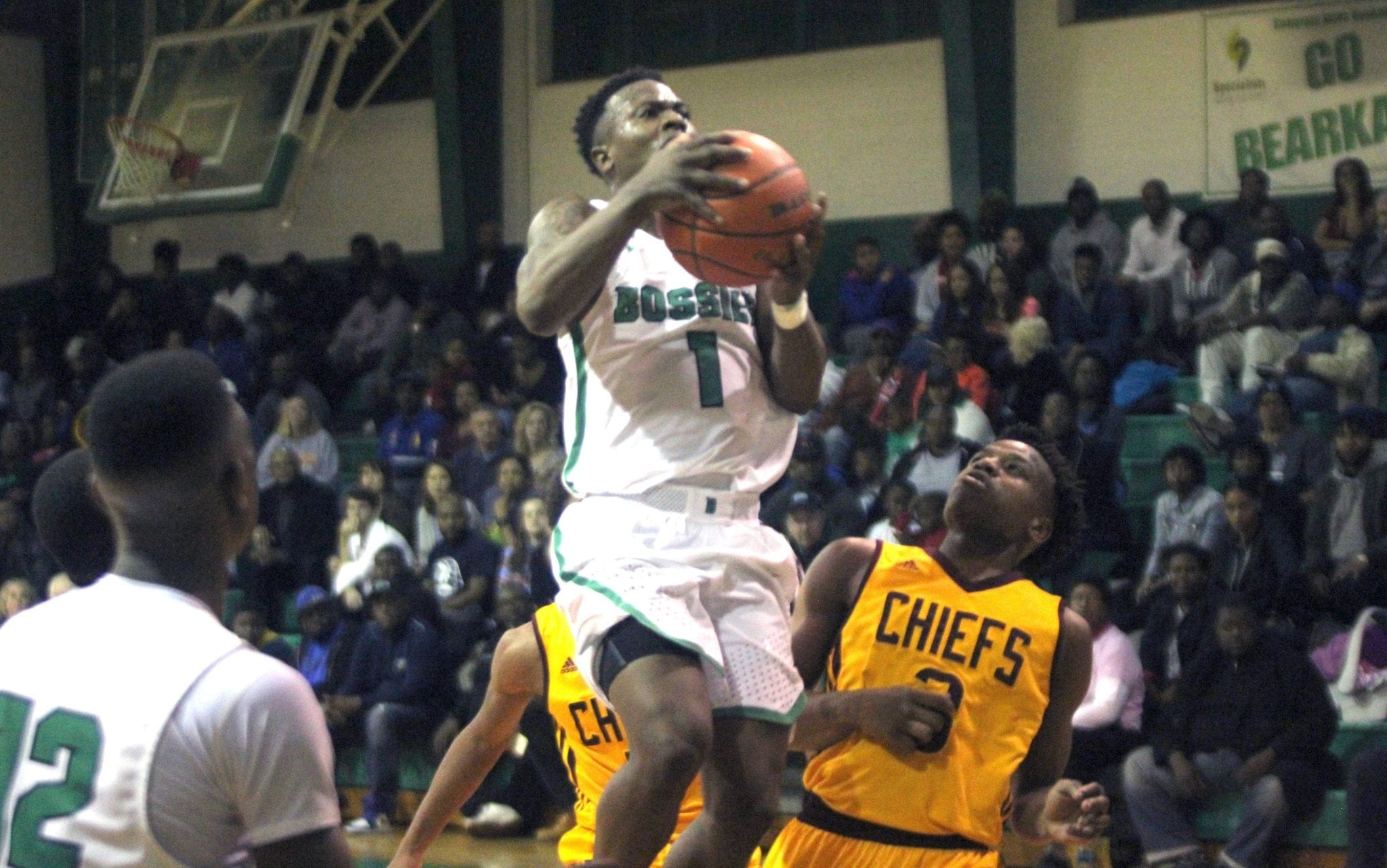 Jacoby Decker scored 28 points to lead the Bossier Bearkats to a 57-50 victory over the Natchitoches Central Chiefs in the semifinals of the Bossier Invitational Friday night at Bossier.

Natchitoches Central started strong, scoring the first six points. But Bossier outscored the Chiefs 16-4 over the remainder of the first quarter to take a 16-10 lead.

Decker hit two 3-pointers late in the quarter, including one with a few seconds left.

Decker, a junior who was a first-team All-Parish selection last season, scored in a variety of ways. He hit soft jumpers in the lane and scored on drives to the basket. He was also able to draw fouls while taking the ball inside.

Bossier led 52-38 with 3 minutes left in the game. Natchitoches Central cut it to five with about 20 seconds left but could get no closer.

Decker scored eight points in both the third and fourth quarters.

Richwood rallied from a four-point deficit after three quarters to defeat Huntington. Joseph Smith and Jaewon Williams led the Rams with 16 and 15 points, respectively.

Elsewhere, the Airline Vikings opened District 1-5A play with a 61-48 victory at Byrd.

The Vikings snapped Byrd’s eight-game winning streak. The Yellow Jackets dropped to 12-4 and 1-1.

In other 1-5A games, Parkway fell to Evangel Christian 56-50 at Parkway, and Haughton lost to Captain Shreve 86-49 at Shreve.

In District 1-1A, the Plain Dealing Lions downed Arcadia 57-50 at home.