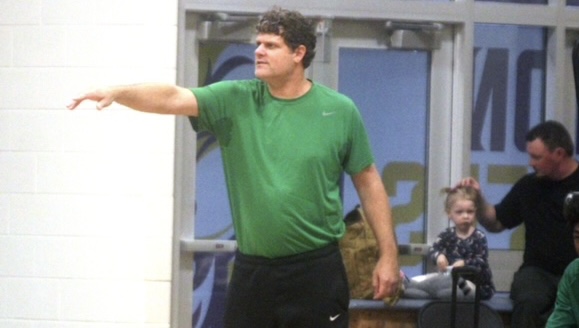 Bossier head boys basketball coach has stepped down to take a position at the Bossier Parish School of Innovation and Technology as an HVAC instructor, according to Bossier principal David Thrash.

Bohanan took over the program in 2017 after serving eight years as an assistant under Jeremiah Williams and continued the Bearkats’ tradition of excellence.

Bossier went 139-33 overall in his five seasons. The Bearkats won five district championships and were 49-1 in district play.

Last season, Bossier went 27-7 and made it to the state tournament, falling to Wossman in the Class 3A semifinals.

“It has been a blessing to be the coach for the Bossier Bearkat family over the last 13 years with the last five being the  head coach of your beloved basketball program,” Bohanan said in a statement released by the school.

“I will always be thankful for the opportunity Mr. Thrash gave me entrusting the thriving bossier basketball program. I have been blessed to coach some extremely talented players who have gone through the program and made the program what it is today. I will be playing a lesser role moving forward.”

Marlin Anderson and Jarory Morris the other current assistant coaches.

“We have a solid coaching staff that had the team all summer so the coaches and players knew what could possibly happen,” Thrash said. “We will trust the ‘next man up’ mentality as we always have and make sure our program is in good hands.

Thrash said he and Bohanan have had multiple conversations over the past four month about the position and Bohanan’s desire to have the time to coach his young children.

“Then this position came open. When Coach Bo returned from his summer vacation he let me know his intentions. I support him and his goal to be able to see and coach his own two kids while playing a lesserrole within our program.”

Collins was an All-District and All-State player under Coach Miles Holladay as a four-year starter from 1997-2001. He finished as the sixth all-time leader scorer in school history with 1,730 points.

Collins began his coaching career in 2006 at Huntington under Mack Jones as the freshman coach.

In 2012, he was an assistant on Chris White’s staff at Airline. From 2014-16, he was the freshman coach at Captain Shreve when Todd Martinez was the head coach there. Martinez is now the head coach at Benton.

Nick Bohanan served as an assistant coach under Jeremiah Williams from the 2009-10  season through the 2016-17 season. He was the head coach for the last five seasons.

HIGHLAND JAZZ AND BLUES FESTIVAL TO ANNOUNCE 2022 MUSIC LINEUP AND...